"How have you stayed married?" I am often asked by young autism parents, "I hear the divorce rate is high for parents of children with autism."

I have heard that statistic in so many different versions over the years, so did my own informal poll, asking parents on my Facebook Forum the question"How is your marriage holding up?"

We are nice to each other.

Here are just a few examples from the archives of our 29 years:

1) Be nice when they get home from work.

After a bad day, when our three sons were sick and I was stuck at home all day and completely STIR CRAZY, I learned to resist the urge to say "YOUR TURN!" and race out the door the second my husband got home from work. (It took me a while to master that one...) We hugged and kissed and I smiled at him (even when I had to force it). I waited about a minute and said "I'm going nuts. I think I'll go to the book store for a little bit. Is that OK?" When I got home, the kids were bathed and in their jammies. (Bathed and in the jammies was not automatic. It took some time and some counseling for Peter to learn why he should do this.)

Peter got up early (like 5:00 a.m. early) every Saturday during the little boy years, made pancakes and watched Disney movies so that I could sleep.

3) Show gratitude, even when you don't feel it.

When Peter asks me what I want for my birthday, and I give him a few ideas but then he gets me something that I didn't ask for and I'm not too thrilled with it, I thank him profusely instead of complaining.(This was also a learned behavior -- it did not come naturally to me.)

I let Peter vent without giving advice. He has learned to do the same. This rule was a hard one for both of us and one we've only recently mastered, ok, almost mastered.

When we crack under the pressure of life and scream and yell at each other, we try not to let the kids hear, and we hold back on the personal attacks. That would not be nice.

Peter and I joke around. We try to look nice for each other. We compliment each other. We tell each other if we're angry about something because we recognize that we are not mind readers. We apologize when we should. When one of us slips and gets snarky, or God forbid, sarcastic with the other, all we have to say to turn things around is "be nice." 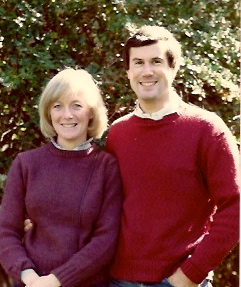 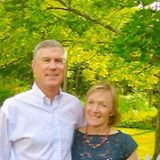 It's Not About the Nail

Beautiful Advice from a Divorced Man after 16 years of Marriage

How is your marriage holding up?

A version of this post was originally published at laurashumaker.com.

The Winter Means Lower Vitamin D. Here's How Much You Really Need.