Yes -- entrepreneurs break rules all the time. Both good and bad rules.

Bad rules are arbitrary -- say, an investor who instantly rejects a great startup simply because the slide deck in the entrepreneur's pitch isn't pretty enough.

But good rules share a commonality: they result from a ton of real-world feedback and clear insights. Wisdom derived from experience.

And yet, exceptions always turn up.

Why? Because when you address the thinking behind the rules, everything changes. You play a deeper game.

Take Debra Cleaver, founder of a nonprofit company called Vote.org. An ambitious startup focused on making it easier for Americans to vote. In fact, she aims to one day bring voter turnout to a full 100 percent. 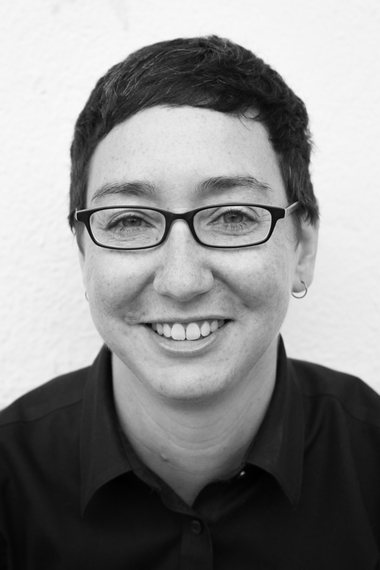 The point? Cleaver recently got accepted by Y Combinator -- one of the most sought-after tech accelerator programs in the world, acting as the hidden hand behind off-the-scale successes such as Dropbox, Reddit and Airbnb.

And like other tech accelerators, Y Combinator tends to prefer startups with more than one cofounder, at least one of whom can code. A rule derived from experience.

And yet, as a non-technical solo founder, Cleaver got in.

How did she do it? The key: if an accelerator is to break its rules for you, you better be special. And Cleaver demonstrated this in three ways.

First off? She came in with the most convincing asset of all: undeniable performance.

Nothing screams success louder than strong performance, measured in things that matter -- such as number of users.

After being rejected by Y Combinator the previous year, Cleaver re-applied, armed with great news.

Cleaver says: "I came back exactly a year later and told them: 'I now have a full-time engineer, I also own vote.org, and I've had over a million additional users since I last saw you.'"

And because she already knew the style of Y Combinator interviews, she knew how to convey the good news in a way that made sense to them:

"This year, by the time I sat down, I'd say both sides of the table took each other very seriously. And I was like: 'I am the best at what I do, and you guys are the best at what you do, and I think this is a partnership that makes sense for everyone involved.'"

Imagine sitting down with people from a powerful accelerator and risking such confidence. Takes guts.

The point? It stems from performance. A million new users, a powerful new domain, and a full-time engineer on board.

And Cleaver went further. By showing how deep her domain expertise goes, she strengthened her case.

You may think: why bother to become an expert? Can't you just wing it, since the accelerator doesn't know your industry anyway?

No way. Cleaver saw this immediately:

"You sit down with these people and you think they know nothing about your industry. And then you see four or five people sit on the other side, and they immediately fire deeply thoughtful questions at you about your industry -- because they're just so incredibly intelligent."

Ouch. Picture it: you finally sit down with representatives from your dream accelerator. You get to tell your story -- but give the wrong response and you torpedo your chance of getting in.

Only one thing for it: you need expertise.

Cleaver says: "If I were to give advice to other people applying to Y Combinator, I would absolutely say you need to be an expert in your field -- at least in terms of knowledge."

But if you do the necessary work to earn expertise, then just like Cleaver, you will give killer answers to industry-specific questions. With years of experience in the voting space, she nailed every question in her interview.

And guess what? For the most part, accelerators choose the people in your startup, rather than your ideas or assets. Thus, expertise wins you points, but you need more.

Fortunately, Cleaver nailed this one, too.

Strong capabilities as an entrepreneur

Imagine you're the absolute best entrepreneur in the world, in terms of raw skill. But you have zero evidence of it: no way to show anyone what you can do. Except by doing it -- which takes time.

But when you sit down for an interview with an accelerator, time's up: you need that proof, ready in your mind.

When Cleaver went into the interview, she had a significant achievement to talk about. Namely, her acquisition of a valuable, short domain name:

"I walked into the room as the person who suddenly owns a four-letter domain name. Right there, people know you have something going on. By that point, it was like I had instant credibility with Y Combinator: I'm working in the voting space, and I own vote.org."

Best part? She had a story to tell about how she bought the domain name. Far from simply negotiating on price, she had to convince the previous owner why it made sense for her nonprofit to run the domain. Persuasion, based on a common purpose -- a vital skill for all entrepreneurs.

Now -- step back and look at Cleaver from the accelerator's perspective. Here you have an ambitious entrepreneur with more than a million users already using her service, years of industry experience under her belt, and the ability to acquire major strategic assets, such as a domain name composed of the dominant verb in the entire space: vote.

Not a bad case, right?

And thus, with all the above, she spoke to what really matters to accelerators -- and the normal rules went up in smoke.

So ask yourself: does your startup have what it takes to make a case of Cleaver's caliber? If so, go for it. Show them what you can do, and you just might earn your place among the exceptions.

And if not, better wait. Keep going until you can demonstrate impressive performance, deep domain expertise and strong capabilities as a founder. Zero shame in this, because all great ventures take time to develop.

And if you still get rejected? A win-win: you will stand taller next time you apply.