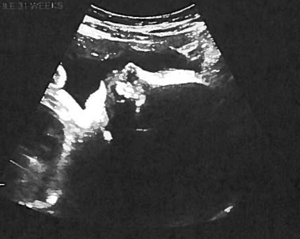 It is the moment that stops every soon-to-be parent's heart: the sonogram.

Sure, to the untrained eye, this first picture looked just like any other. But that's not true at all. This one was beautiful. Just look at that nose, I thought. It was at that moment when I first said to myself, "That's my son."

Or not. At least not yet. Or maybe ever. Ugh, who knows.

That picture was a view inside the belly of a stranger -- a 17-year-old girl in another state who loved that little boy so much that she was willing to endure the loss and grief of putting him up for adoption so that he could have the life she was unable to provide at this stage of her own.

She knew exactly what she wanted for her child, including the type of parents. This mom was looking for a male couple to parent her child.

Imagine that! At a time when gay rights are being fiercely debated all the way up to the Supreme Court, being gay could actually work to our advantage this time! My husband Kyle and I had been told by our adoption agency several months earlier that some birth mothers actually choose gay couples over straight couples for a variety of reasons. One of those is that the birth mother wants to be the only mother the child knows, but it's unwise to assume that that's true of all women who make that decision. In fact, it's hard to get into the head of any person facing a personal crisis, especially when a child is involved.

With a heart full of love and a determination to find exactly the right match, she began working with an adoption agency. Unable to find the perfect fit on her agency's own waiting parent list, the birth mother's agency took to social media. Our social worker noticed the 50-word post and suggested that we cautiously look into it, which we did immediately. Two hours and 11 minutes later, after reviewing our security clearances and other detailed information, we received a reply form the agency containing background information about the mother and her complete medical history, as well as that of the baby. (The birth mother's identity was protected, of course). It was amazing. She made every single doctor's appointment and took incredible care of her baby, which is not always a given, as adoption experts will warn you. It was a true testament of her love for this little boy growing inside her.

That all happened on a Monday in mid-October. On Tuesday we overnighted our birth parent book (a photo album and letter designed to give birth parents an idea of who we are) to the birth mother's agency for her to review. On Friday of that same week, we were told that of all the families presented to her, this young mother chose us. She said that the baby would be her Christmas gift to us. And attached to that same email was the ultrasound she had done the day before.

All I could do was stare.

Never before had I felt so excited, or so scared and vulnerable. Kyle and I had never met this little bean, but we were in love, and I just knew that we were meant to be together.

Two weeks later we met our birth mother and her mother at their adoption agency. They were so warm and so kind, greeting Kyle and me at the door with a hug and a kiss. And they disclosed something that would surprise most people: They were nervous. "We were afraid you wouldn't like us," they said. We went into that two-hour meeting with a tremendous amount of respect for both of them; we left that meeting with great love for them.

We had exactly two months to prepare, a luxury most adoptive families don't have. It was two months to get things ready, celebrate and dream about what life would be like once we had that sweet baby in our arms. It was also two months to worry about something over which we had no control (a real challenge for me, in particular): What if she changes her mind? What if she decides she doesn't like us? What if she decides 40 and 42 is too old? What if giving up her baby for adoption over Christmas was more than she could handle? What if, what if, what if...? We were simultaneously assured that the birth mother would follow through with her adoption plan while being warned that there are no guarantees. Our only choice was to have faith, focus on the good and prepare for that amazing day when our son would be born.

It turned out that that day would be Dec. 21, just a day late. The next day we went to the hospital to meet the baby and visit his exhausted mom. He was so small, so perfect. Seeing him in Kyle's arms made my heart melt.

We were told from day one, and throughout the entire process, that we would be matched with the child that we were meant to have. They were right. And on Christmas Day, just as she had planned, our birth mother signed the papers that gave Kyle and me the world's greatest gift: our own family.

Alexander is almost 8 weeks old now, and we have already taken hundreds of pictures, but it's that first blurry black and white one taken months before we met that will always mean the most. 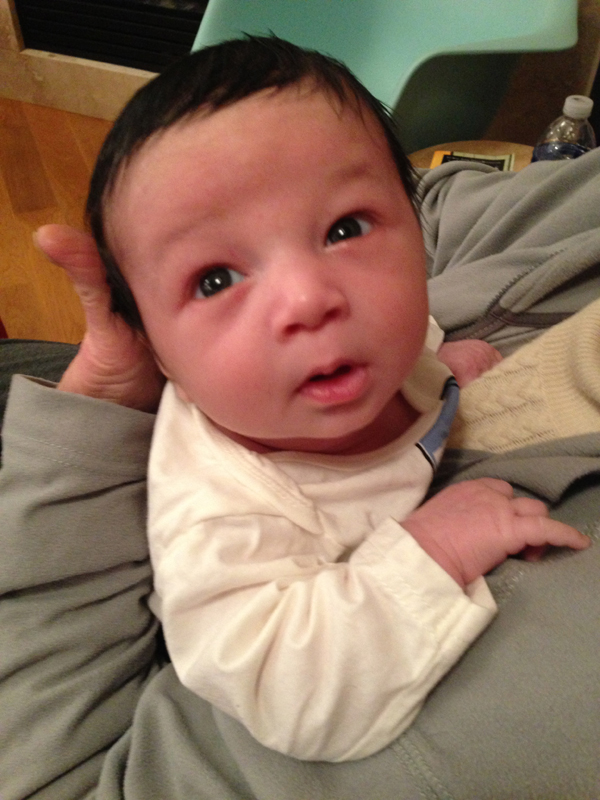 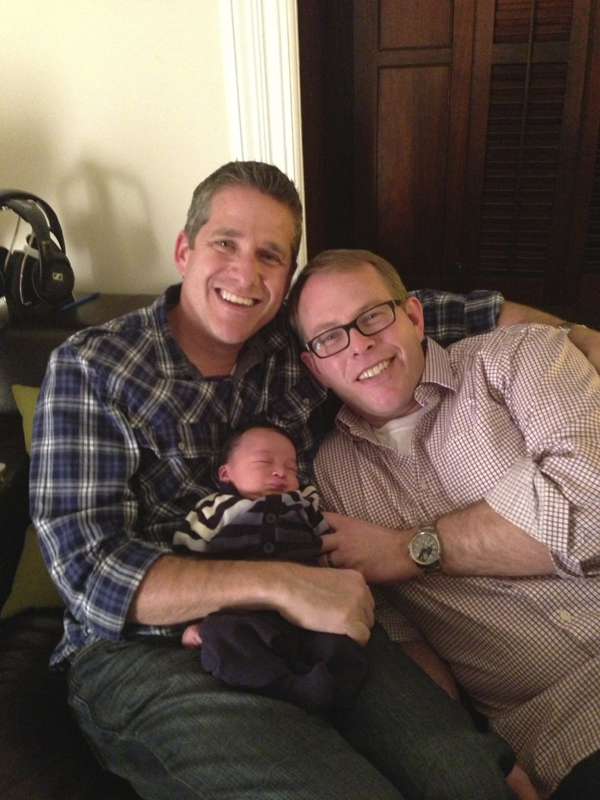 President of Summers Strategies, a Washington, DC, based communications firm.