Eighteen years ago, Molly Hale, then 45, was preparing to take her third degree Black Belt exam in the Japanese martial art of Aikido -- for which she had been training for 11 years -- when her life as she knew it changed forever.

The Menlo Park, California, wife and mother was driving down Highway 280, returning from a week-long Aikido summer camp when she fell asleep at the wheel. "On the hottest, brightest, sunniest day in June," as Hale describes it, the car veered through three lanes of traffic and into the center divide, catching on a concrete divider and flipping over three and a half times. The roof of the vehicle collapsed, and while the three other passengers in the car -- including Hale's daughter -- were able to escape relatively unscathed, Hale was pinned in the driver's seat. It took the paramedics nearly two hours to cut her out of the car, and after she was taken to the hospital, they determined that her cervical spine had been severely fractured.

Hale's spine was so deeply fractured that doctors told her she would be left paralyzed from the shoulders down -- and that she would likely never move again. Refusing to accept this prognosis, Hale embarked, without the help of the medical establishment, on the long and difficult journey of learning to move again.

Based on her earlier training in dance, martial arts and Feldenkrais, a somatic educational healing method, Hale was convinced that there was a way to heal. "Because I had a lot of knowledge, I was able to thank [the doctors] for their information and move on without them," Hale tells The Huffington Post.

With the support of her community, intensive warm-water therapy sessions -- she spent 12-15 hours a week in the water in the early stages of her recovery -- and even hippotherapy, a type of movement therapy on horses, Hale slowly began to regain movement in her body. She truly went back to the basics, even using a DVD of a baby's first year of life and mimicking the baby's movement learning.

But through these "alternative" remedies, Hale made a miraculous full recovery -- and, she says proudly, never missed a single Aikido summer camp. Although aquatherapy still isn't commonly used for spinal cord injuries, some paralysis experts -- including those at the Christopher and Dana Reeve Foundation -- have credited water-based movement therapy with improvements in bone density. Hippotherapy, which originated in central Europe in the 1960s and started to be used in the U.S. in the '70s, is even less common, but research has shown the method to have potential for treating balance disorders in Multiple Sclerosis patients, and also to improve muscle symmetry in children with Cerebral Palsy.

Hale's story has inspired countless others: In 2002, she was chosen to be an Olympic torchbearer by the Olympic committee, and she was also the subject of a 2005 documentary by filmmaker Dorothy Fadiman, "Moment by Moment: The Healing Journey of Molly Hale," the success of which led to the formation of Hale's non-profit foundation, Ability Production. Hale was getting so many requests and commentaries after the film came out that she found herself naturally turning toward mentoring individuals with spinal cord injuries.

"When I think of Molly, she is in my mind the utmost example of courage and generosity," friend and fellow Aikido practitoner Ernesto Diaz tells the Huffington Post. "She has faced fear, pain, uncertainty, and incredible difficulties, and has challenged them with determination, discipline, iron will, strength, and faith in the love surrounding her, and she has done it with generosity to others -- with unbound capacity for love."

Hale has seen remedies that are considered alternative, like water therapy, lead to massive strides in recovery. Following the motto "Discovering the ability in disability," Hale offers mentorship to those who are injured and their families, as well as support and recovery consultation, and consultation for home modifications to accommodate disability.

"All of the skills that I brought to this healing are learnable," Hale says. ""[People with these injuries] have to move outside the standard rehabilitation model.... It's not rocket science -- it's clear, definable, available information that anybody can pick up. But if you don't know that the information exists, you don't pick it up."

But that's not all she's accomplished recently: Last month, Hale earned her fourth degree black belt in Aikido, an invitation-only honor reserved only for advanced practitioners, making her a certified teacher in the martial art. Hale credits Aikido for the unfailing mental resolve and resilience that powered her through the challenging, years-long recovery process.

"In Aikido, you're going with the flow and you're responding to the attack that shows up. On some level, it was almost as though I had been in training all of my life for this experience," says Hale. "There was never the 'Why me?' It was more, 'I bumped into this, now what do I do?'... On a spiritual level, there's this idea that you're never given more than you can handle."

Hale still faces daily struggles with her physical health and doesn't know whether her progress will be stable -- which is always a looming risk with spinal cord injuries -- but by maintaining what's known in the Zen tradition as a "beginner's mind," an attitude of mental openness and eagerness, and lack of expectation, she's transformed her life and the lives of others, one day at a time.

"Every morning, I remind myself that today is a new day," Hale says in the below video, recorded for Ability Production. "I look for the smallest, incremental changes, and every day I get one." 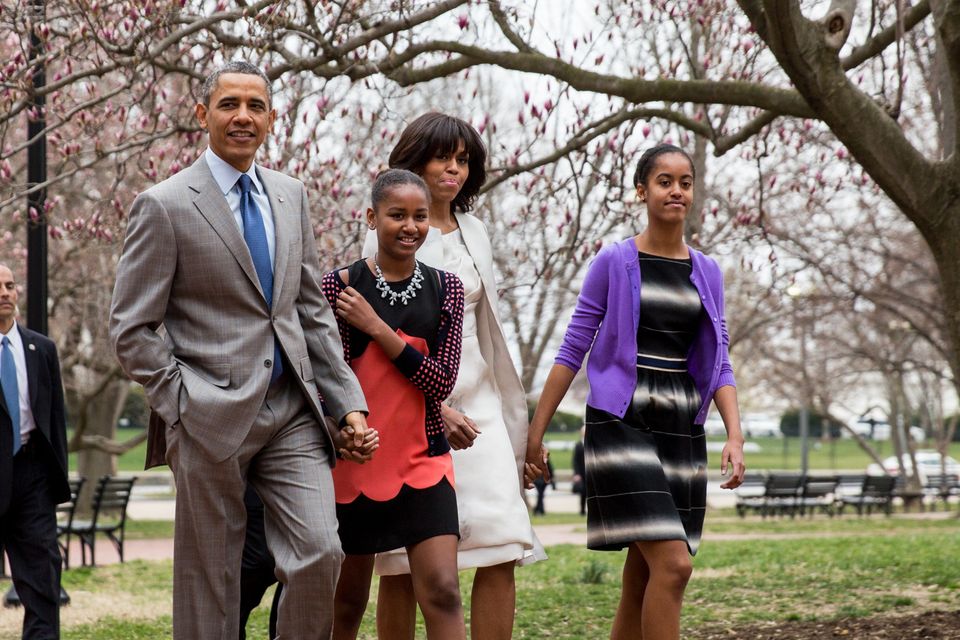 1 / 8
Barack Obama
In an essay titled "<a href="http://www.people.com/people/article/0,,20500603,00.html" target="_blank">Being the Father I Never Had</a>," written in honor of Father's Day, the President wrote about his desire to be the best parent he could possibly be for daughters Sasha and Malia. He expressed regret for time spent away from the girls when they were younger, and resolved to be there for them more as they grew up. "When Malia and Sasha were younger, work kept me away from home more than it should have," <a href="http://www.people.com/people/article/0,,20500603,00.html" target="_blank">Obama wrote in People magazine</a>. "At times, the burden of raising our two daughters has fallen too heavily on Michelle. During the campaign, not a day went by that I didn't wish I could spend more time with the family I love more than anything else in the world."
Getty Images