A long, long time ago, in a land far far away the Rolling Stones proclaimed in a song that: "You can't always get what you want." These days, when it comes to Internet services like NetFlix, Hulu, Pandora and other streaming content, it's more like Arlo Guthrie's song "Alice's Restaurant" from the same era, where "you can get anything you want," even if the content you want is blocked by local authorities, with Smart DNS services. 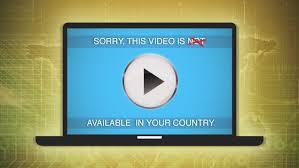 Simply put, Smart DNS services provide access to proxy servers outside your regular domain that allows you to view all this ostensibly forbidden content. The technology behind it all is quite simple, so long as you have a basic grasp of how the Internet works. Briefly, when you plug a URL (Universal Record Locator) into your web browser, it's like you're making a phone call: the URL "dials" up an IP (Internet Protocol) address that resides on a server that is connected to the Internet. That computer "serves" the content that you have requested to your device, more often than not over the airwaves as a wireless signal.

Why can't we get everything we want -- Pandora, YouTube, Netflix, Beats Music, Hulu, etc. -- where we want it today? In the U.S., we usually can, but not always. When streaming services are blocked, it's often because the business details have not been completely negotiated between the country where the service originates and other countries (this article on Lifehacker does a good job explaining it, as does this article in Canada's Globe and Mail).

Suffice to say that it has to do with the fact that every country has different rules that dictate how the money flows from subscriber, or user, to company, to the actual content creators: music publishers, songwriters, musicians, filmmakers, scriptwriters, performers etc. Pandora, Inc., in France operates differently than Pandora, Inc. in the U.S., because of differing laws in the two countries. The need for local advertising for streaming video further complicates the picture.

In short, Internet services that originate in another country may not be available in the U.S. right away because it takes time for these business deals to get hammered out. But that doesn't mean you can't get the content you want right now. By subscribing to a Smart DNS service for a small monthly fee, you can access content that your Internet service provider can't deliver. It's easy, common and entirely legal, plus there are dozens of service providers to choose from.

Without getting into a lot of technical gobbledygook, Smart DNS functions like a disguise or cloaking device. When you're using the Smart DNS service, your requests for content are intercepted and sent to an intermediary server (also know as a proxy server) in the region or country where the streaming service is active. The proxy server sends the request for content to the local streaming service on your behalf and in turn delivers it to you without ever revealing your true location. It's a "smart" Domain Name System because it knows where to send your request with requiring your manual input.

Is Smart DNS a nefarious or unethical way to access content that isn't available in your location for "valid" reasons?

To reiterate, the most common reason content is blocked is because the companies that own the licenses to the content -- Sony, Warner, Universal etc. -- have to make a deal with the in-country provider. Whether you agree or not with the business model, it is reasonable to expect that the license owner wants to be compensated for content usage wherever in the world that content is made available.

Copyright holders may be the potential losers when Smart DNS is employed to unblock content, depending on local copyright laws and deals made with licensing companies. Still, we haven't seen the same level of uproar from high profile entertainers like Taylor Swift, who complained that Spotify was ripping off musicians, over Smart DNS.

According to CNN , copyright holders have been reported to be putting pressure on NetFlix, in particular, to do a better job blocking content that is being displayed in countries without a license. There have been reports that Netflix has been blocking access due to VPN or proxy usage, and displaying an error message on the subscriber's screen. The general suspicion is that Netflix is testing new IP blocking methods temporarily in certain markets, though the blocks have been said to be "not aggressive and may only be targeted at IP ranges that exceed too many simultaneous logins."

Netflix insists that they've made no changes to their existing policies, which state "very specifically" that VPNs (a variation of Smart DNS) violate terms of service. "We believe very much so that anybody who licenses content should get paid for their content," the head of the Australian arm of NetFlix said.

Even if VPNs and Smart DNS circumvent controls put in place by streaming services like NetFlix, utilizing such services to access blocked content is far more ethical than pirating the content altogether, in which case nobody involved in creating the content makes a dime.

In the U.S., Smart DNS has proven to be especially valued by world travelers who spend long periods of time in foreign countries, either vacationing or working, and still want to access their favorite streaming content in their native language. Still, subscribing to Smart DNS is a work-around that comes with a little risk. However, there are dozens of providers to choose from, along with avery robust "ratings" network and various guides that can steer you clear of shady operations. For now, it is the most legitimate and easiest way to access blocked content wherever in the world you happen to be.