Maybe you've hit a motivational wall and need to get back on track. Or maybe it's time to head down another road entirely. But how? What you're looking for is a breakthrough. Here are nine ways to make it happen.

1. Go Public
When Grand Plans linger in the daydream stage, there's always a risk that they'll die there. Going on the record is one way to keep them alive. "If you tell everybody you're running a marathon, you don't want to quit," says Laura Skladzinski, who at 24 briefly held the record as the youngest woman ever to have run marathons in all 50 states. Months before she started her record-breaking quest, Skladzinski launched her blog, 50by25.com, to force herself to press onward. "When you put your goals in front of others, there's accountability," she says -- and serious motivation in not wanting to lose face or let yourself down.

2. Join the Club
Whatever your goal you can draw enthusiasm and ideas from like-minded dreamers. Comeback Moms provides advice to women reentering the job market. The Freelancers Union offers meet-ups, Webinars, and job leads for consultants, graphic designers, writers, and other independent contractors. SparkPeople includes free personalized weight loss tools like meal plans and fitness trackers and support from millions of members. Edison Nation links inventors with companies that can turn their ideas into products.

3. Confront the Risks
You might think that projecting certainty will get your loved ones to buy into your goal, but often it's being honest and vulnerable about the stakes that can really activate your support system. When Cynthia (C.J.) Warner, a former BP executive, craved a career change, she sat down with her husband and two teenage kids and candidly shared the potential consequences. They would have to return to the United States from England, where they'd lived for a decade. There would be less money...or even no money for a time. On the plus side, she'd be developing renewable energy. "My kids were captivated," says Warner. "My son said, 'That's so cool, Mom; you've got to do it,' and my husband was supportive, too. So I dove in." Now she is president of Sapphire Energy, a thriving firm that develops fuel made from algae.

4. When in Doubt, DIY
If help isn't forthcoming ask yourself: 'Is there another way to make this happen?' For Amanda Hocking, hundreds of rejection slips initially crushed her hopes of being an author. "Then I realized, if you have a dream, you can't let people tell you no," she says. "I decided to do whatever it took for my books to get out there." So she self-published her novel electronically on amazon.com. The first day, she sold five books; the next day, five more. Hocking kept writing -- and publishing. Pricing her books low (some at 99 cents) and releasing frequent new titles helped fuel her fan base. Today she has grossed $2 million and become a best-selling e-author on Amazon. She's poised for stardom in the print world, too: St. Martin's Press offered her a four-book, $2 million deal and bought the rights to her series, The Trylle Trilogy.

5. Rely on the Kindness of Strangers
Biologists Jennifer D. Calkins, PhD, and Jennifer M. Gee, PhD, raised $4,873 to study quails in Mexico. Scott Wilson pulled in nearly $1 million to design a wristband that turns the iPod nano into a watch -- and his creation is now sold in Apple stores. Musician Jenny Owen Youngs came up with $38,543 to record an album. Each of these projects owes thanks to Kickstarter, a Web site for creative types. Along with sites like IndieGoGo and RocketHub, Kickstarter allows you to post detailed proposals online and solicit pledges to make them happen.

6. Know Your Strengths
Sometimes strengths -- your ability to speak Spanish or repair gadgets -- seem so obvious, they're easy to overlook. After a volunteering trip to a refugee camp in northern Uganda, Hunter Heaney persuaded his friends Anna Gabriel and Chris Holmes to join forces for Ugandan women he'd met, many of whom had been widowed and raped, and had children who had been kidnapped and forced to join militia groups. They knew they wanted to help, but their plan really ignited when Gabriel, the daughter of musician Peter Gabriel, realized she could tap her formidable Rolodex. "I've been surrounded by a network of musicians all my life," she says, "and I realized that was something I could give." So they created the Voice Project, in which famous musicians record a cover song on video, then invite the covered musician to do the same and, well, play it forward. The music video chain now includes Andrew Bird, Billy Bragg, Mike Mills of REM, and Gabriel's father, among others. So far the project has raised $225,000 for the Ugandan women.

7. Spread the Word
When Vicki Abeles realized that the endless homework and standardized-test preparation being forced on her kids was souring them on school, she decided to make a documentary about the problem. With little hope of landing a conventional distributor, the lawyer and mother of three school-age kids screened her film at every church, library, and school that would have her. Viewers told their friends and fellow parents, who requested screenings in their cities. "We developed a supportive community for the film by word of mouth," says Abeles. The rough cut expanded to a feature-length film, Race to Nowhere, that's now been watched by some 750,000 people in thousands of venues across 17 countries. Abeles, who frequently moderates audience discussions afterward, says, "With every screening, the conversation about homework is starting to change."

8. Cultivate Wonder
"Many of the world's inventions don't come from people simply working hard and throwing themselves at a project," says life coach Kathlyn Hendricks, PhD. "They come from wonder -- from curiosity and a willingness to be delighted. That is your fuel source and your reservoir, and most people need to practice it at least 10 minutes a day." The best way to shake free of your usual thinking patterns, Hendricks adds, is to make the sound hmmm aloud. "It's impossible to criticize yourself when you're making that sound," she says. "Follow it up with a question: 'Hmmm, I wonder what the company logo should look like. Hmmm, I wonder if I need a Web site. Hmmm, I wonder if I can....'" The answers will often launch you into new territory.

9. Embrace Your Critics
Naysayers come with the territory. Baseball lover Justine Siegal endured a lifetime of put-downs. As a 13-year-old, she was told that her coach didn't want her on his all-boy team. At 16 she heard that no man would listen to a woman on a field. "I'm shy but determined," says Siegal, who in 2008 spoke at the Society for American Baseball Research conference. "I stood in front of hundreds of people, mostly men, and asked them what major league baseball was planning to do beyond selling pink jerseys to get girls involved." Soon after, Siegal was hired as an assistant coach by minor league team the Brockton Rox. Then Siegal, a longtime pitcher, reached out to major league managers about going where no woman had gone before: to the pitcher's mound during spring training. Everyone turned her down, but she persisted with in-person pleas. This past spring, Siegal pitched batting practice for the Cleveland Indians. She went on to throw for the Oakland A's, the Tampa Bay Rays, the Houston Astros, the New York Mets, and the St. Louis Cardinals. Sure, it's intimidating. But every time she climbs the mound, she says, "I take all the butterflies and trembling and I just stuff them."

Lindsy Van Gelder is the coauthor of The Girls Next Door (Simon & Schuster). 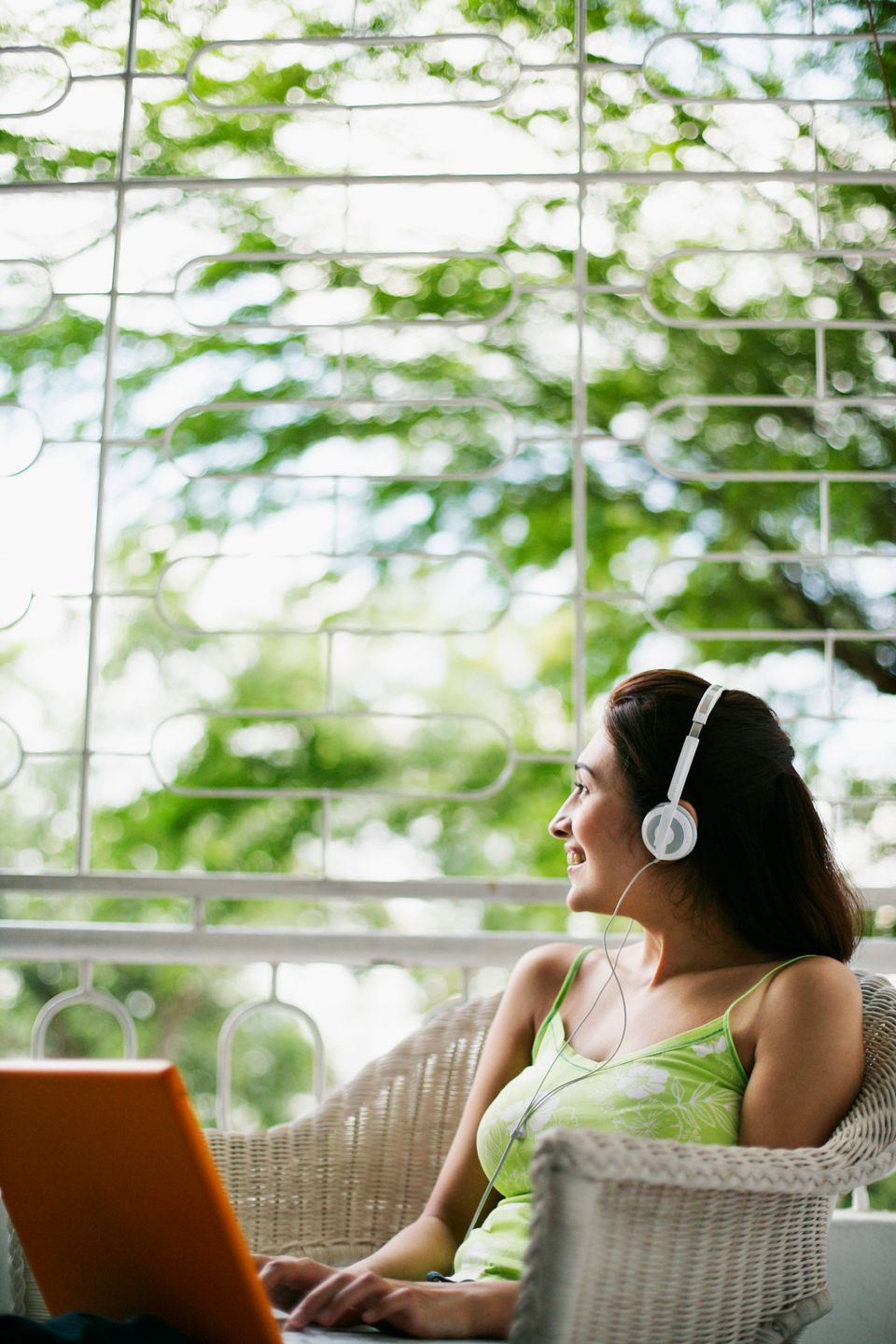