Dean Silvers & Tyler Silvers: If you're reading this you've probably thought about making a short film. Or you've made a short film or were involved in the making of one that failed (or didn't succeed in the way you hoped). We've all been there. We pour our hearts and souls into a short film, but then once it's done, nothing seems to happen. No one sees your short film, it doesn't get into that film festival, it doesn't get many "views," your uncle tells you "it's too boring" and your girlfriend or boyfriend says that they like it (but you notice their voice kinda goes up when they say it and they keep changing the subject). Now what do you do? You put everything into this short film, and at the end of the day you're not closer to achieving your dreams in the Film & TV Business. This is heartbreaking for all filmmakers.

But you can turn that all around.

This is how you can make a great short film that will succeed, get you attention, traction and put you on the right path in the Film & TV Business.... No Film Festivals or Youtube views required.

What Makes a Short Film "Bad"? 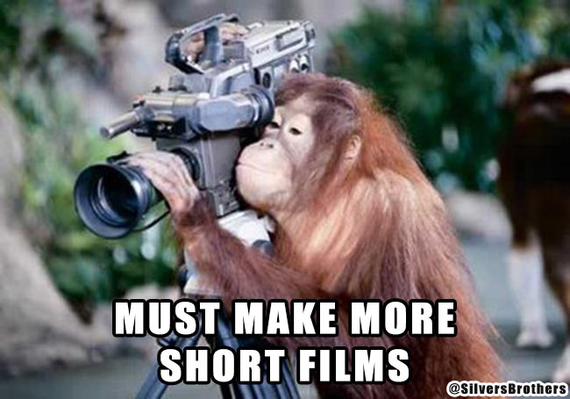 Dean Silvers: We're in the midst of a digital-entertainment revolution. Content is everywhere. Because of this people are concerned with getting attention and making material that is quick and easy to watch, digest and share from Youtube (or Daily Motion if you're that guy). As a result, our attention span grows shorter, so the shorts or videos that many filmmakers are making and that are getting internet success tend to fall into quick punchy bits, like a comedy skit, or a one note short with a manipulative twist, or something cute, weird, a social experiment, a prank, a countdown; basically content for an online news outlet, or magazine to show their audiences (or something your uncle sends you that's really only funny to him).

These shorts are like a good joke: great for telling at parties, but not for learning how to tell a story and go on to becoming a great filmmaker.

A recent study by Adweek found that the average length of the most popular videos on Youtube was 2 minutes and 54 seconds. Furthermore Wistia reported that the average 30 second or shorter video was viewed over 80 percent of the way through, the average 10-20 minute video less than 50 percent through, and for videos longer than 45 minutes the number fell to less than 30 percent.

Paul Thomas Anderson's breakthrough short film was 24 minutes, George Lucas' 15 minutes, Tim Burton's 30 minutes, Wes Anderson's 14 minutes and Jason Reitman's 17 minutes. These great short films, and many others would NOT have fit into the viral mold.

For a short film to be great you've got to produce something that is structurally sound, touching and poignant, that stands out on story, concept and characters, and all of this in a tiny narrative window. This is a difficult task (and why many internet videos are taking the easy way out); as the French mathematician/philosopher Blaise Pascal said, "I'm sorry I wrote you such a long letter; I didn't have time to write a short one."

Years from now, are you going to think about that internet video that got a million views your friend sent you, or that film that changed your life?

You Don't Need to Get into Film Festivals or "Go Viral"

Tyler Silvers: Everyone thinks that there are only two ways for short films to have success: film festivals, or going viral. But that's not the case. On my short film a few years ago we chose to take neither of those paths. Making the film is obviously the first great success, why we really go through this crazy process, for the love and creative expression. But after that, we want it to affect people, and for people to see it; also for it to help us make our next film (hopefully with a bigger budget than my first short film, which was financed by my salary as a camp counselor).

Most filmmakers aren't lucky enough to get into the top tier film festivals (some festivals get over 12,000 submissions a year, and accept about 200 films). And the chances of your short film going viral are also very slim (and those shorts usually don't consist of great storytelling as Dean mentioned earlier). But even if you don't succeed in those two paths, you still have a great shot at success.

So What Do You Do? 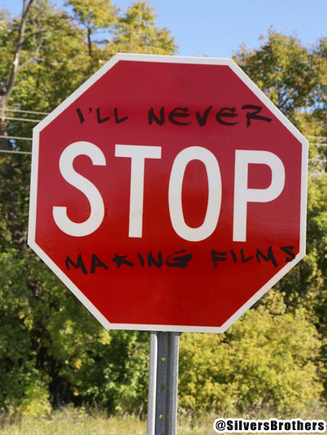 Forrest (my brother/co-filmmaker) and I decided that instead of going to festivals or uploading our short film online we would do "targeted marketing." Because industry "players" are so busy, you have to go after them at first. Eventually (hopefully) it will turn around, but at first you have to get them to see your work. And it's very hard to do this. They are hard-wired to ignore you and say "no," and they're not going to watch your short film without good reason. But we followed Dean's advice in his book (Secrets of Breaking Into The Film & TV Business), about creating our "narrative," which is basically a one page summary about what makes us and our project unique, and having our next project, a TV Pilot script, ready when presenting our short film; and then specifically targeting the entities we wanted to approach. We then started the extremely difficult and arduous task of showing our pitch via emails and phone calls to those selected agents, production companies, managers, sales reps, film institutes, producers, junior agents, assistants, actors, casting directors etc.

We were attempting to show them what we did, but more importantly, what we were going to do. The future is what's sexy and exciting in the Film & TV Business. No one wants to watch your short film unless you have a next project. And you won't be able to reach the "top" industry gatekeepers as an unknown, but you will reach the next generation of industry gatekeepers. First hand we saw agency assistants turn into agents, managers and "players" within a year, and then remember us from the "good ol' days" (which were oddly only a few months earlier, I guess time works differently if you're an industry "player"). The most important thing was the way we created our "narrative," based on the advice in Dean's book, and whom we chose to approach.

It's a numbers game, and you will face a lot of rejection, but all you need is a few yeses. After many rejections, we had a very prominent agent in LA, who actually represented our favorite HBO show, say he loved the short film and our spec TV Pilot, and wanted to get us work as Staff Writers; we also had a prominent production company offer to option our TV Pilot. And based upon that interest we were able to raise some money to make our Pilot independently, which we just finished shooting a few days ago. All this without festivals or going viral.

But even if it would have been 0 for 100, we would have just made another short film, and tried all over again.

Dean Silvers: Shorts are excellent creative laboratories, and because they can be cheaper to make (with the new cost-effective equipment) than features, you're freer to experiment with new ideas without the high stakes attached to making a misstep (for more specific mistakes to avoid in your short film check out 5 Huge Mistakes You'll Make in the Film & TV Business). Last year when I was a speaker at the SXSW Film Conference I told the audience that filmmaker Rian Johnson (Director of Looper and the upcoming Star Wars: Episode VII) made fifty shorts before he started directing feature films. Rian tweeted to me later in the day correcting me, letting me know it was hundreds of shorts before his first feature.

Did you know Whiplash, Bottle Rocket, Napoleon Dynamite, Office Space and District 9 were all short films before becoming features? Or look at Lena Dunham, she first shot a short film starring her little sister as an art dealer, then she made two web series, then a very low-budget film entitled Creative Nonfiction and then another very low-budget feature, Tiny Furniture, before getting HBO's Girls made and breaking into television.
Watch Whiplash [short film] vs. Whiplash [feature film]

Make as many shorts as possible to perfect your craft. But the key is quality, not quantity. Your first one may be rough, but your next one will, well, probably still be rough, but soon enough, you'll find your voice as a filmmaker, and be making films with more skill and precision than before. Also (which we will speak about in our next article) by making many short films, you will meet your collaborators, and begin to build your filmmaking team. It's a matter of arithmetic, the more shorts you make, the better filmmaker you will become; and the more shorts you make, the higher the chance that one will be great, and that one will be seen. And these shorts can serve as stepping stones to making ambitious future productions.

Dean Silvers & Tyler Silvers: We hope this has helped. In the coming weeks we will have more Huffington Posts pieces, specifically about how to find the best cast and crew, and how to actually get your idea turned into a movie, TV Pilot or made as a sample reel to raise money for your next larger project.

All this advice is based on my book Secrets of Breaking into the Film & TV Business. Since the book has come out I've received lovely letters from filmmakers, screenwriters, producers and actors of all different ages and levels of experience saying they're now finding success and happiness in the Film & TV Business. This is truly the reason I wrote the book. But at the end of the day remember, your success is never measured by others, but only by yourself.

Dean Silvers is a successful, award-winning, working filmmaker, and has written the book, Secrets Of Breaking Into The Film and TV Business (William Morrow/HarperCollins).