Knowing the secrets of a really good apology can mean the difference between this: 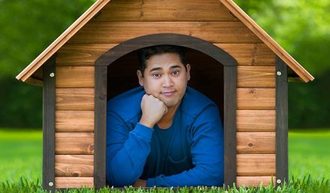 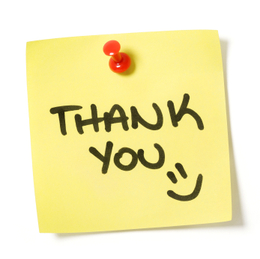 Most of us learned to apologize back when we were in preschool and, unfortunately, too few of us have upgraded our approach.

You whacked some girl with your shovel or you yanked the cat's tail and before you had time to enjoy what you'd done, some looming grown-up was pressuring you to apologize.

So you took a deep breath and, contrite or not, you managed to squeak out a barely audible "sorry."

With that, thank goodness, the ordeal was over.

An apology like this is lacking, well... just about everything that a true apology needs.

An apology is worth very little if it's been extracted, rather than given. If your M.O. is to "demand" an apology, rethink your strategy. A well-executed, sincere apology feels like a gift to the receiver. Once you've experienced the real thing, you'll clearly know the difference.

Worse still is an apology that is an attack or a criticism in disguise. Here are some common apology blunders to eliminate from your repertoire:

"I'm sorry you took what I said the wrong way."

"I'm sorry that you're so sensitive."

"I'm sorry that it pissed you off when I did the thing you always do."

Ready for an alternative?

Mean what you say.

The key ingredient to making a truly standout apology is that you are sincerely sorry. This is essential.

You may not have been at all sorry that you stole your sister's cupcake when you were six. But by the time you're, say, forty-six, if you forgot to pick your daughter up from her saxophone lesson or you didn't close the sunroof and the car is knee-deep in rain-- or things even worse-- unless you're a sociopath, chances are you feel sorry and you're ready to say so.

Say exactly what it is that you're sorry for.

"I'm sorry I left the cat door unlocked... I overspent at Nordstrom's... I forgot to pick up the dry cleaning... I drank too much at your office party... I made a joke that embarrassed you."

A slightly better-than-average apology is consists of the two previous ingredients, but if you're going for the gold, you'll have to do some soul-searching about what led to your misstep in the first place.

One client I worked with refused to keep a calendar, insisting he didn't need one. Yet, time and again, he missed important meetings, especially with his partner. His new and improved apology included an admission of being both dishonest with himself about his imperfect memory and inconsiderate of the impact that his self-deception had on others.

Another client who was consistently late, admitted that she felt entitled to have her lateness overlooked because she was such a kind and generous mother. This, she said sheepishly, had prevented her from making any apology at all.

Seek ways to improve your performance.

Even the most heartfelt and thorough apology isn't worth much if you turn right around and do the exact same thing again. A winning apology includes a commitment to change.

Consider this. We all make mistakes, but there's no reason for your apology to be a mistake of its own.

Looking to have a more satisfying marriage? Get my free bonus article:
75 Ways To Improve Your Relationship Starting Today

Also on The Huffington Post:
25 Ways to Say I Love You Without Saying a Word
and 36 Things I Know After 36 Years of Marriage

This article first appeared on Speaking of Marriage.