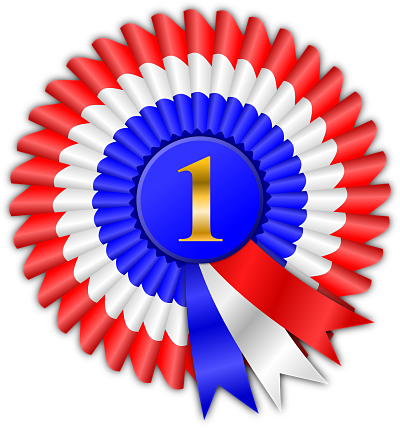 Have you ever wondered how companies land on those lists? Are they just the opinion of some editor, pulled together randomly and slapped on the page to make a sale? Or perhaps there is some secret committee somewhere, sifting through nominations and handing them down from on high, like a Nobel prize?

The truth is, no "best place to work" awards I know of are simply the result of an editor's whim. And while a few, like Glassdoor's Employees' Choice Awards and Indeed's Best Places to Work , are based entirely on published employee feedback, in most cases you've got to apply to be considered for these lists.

Some applications are pretty basic. For example, relative newcomer AWLP's Seal of Distinction relies on a simple checklist of policies and programs. Moving up the complexity scale, many of the local, regional, and industry-based lists (including the various city-based Crain's Best Places to Work lists), have a standard format that includes a survey for employees to complete and a section for employers, with both check-the-box questions and short essays, generally ranging from 250-750 words. (There's a reason, by the way, that most of the various applications in this category all look so similar--they are administered by the same organization, Best Companies Group.)

Finally, there are the grand-dames of "Best Companies to Work For" lists: Working Mother 100 Best Companies (and its cousins, a handful of more specific lists all administered by Working Mother Media) and Fortune's 100 Best Companies to Work For, administered by the Great Place to Work Institute. Getting yourself considered for one of these lists takes a serious commitment. The Fortune 100 Best application, replete with more than a dozen completely open-ended essay questions, may give you flashbacks to your college thesis days. But since right now we're at the start of Working Mother season (the application is released this Friday, and must be completed and returned by March 13) let's focus for now on that one.

How to Apply for the Working Mother 100 Best list

In order to be considered for the Working Mother list, you'll need to answer some 500 questions relating to your company's demographics, programs and practices, hiring/firing data, etc. You'll also be asked to write an essay of up to 2,500 words. Although the administrators of this award emphasize that it is not just about working mothers, there is, not surprisingly, a strong emphasis on programs to support gender equity and work-life balance. The questions get at not only what a company claims it has to offer but on how these offerings are promoted, how much they are actually used and who uses them.

Note that the answers are graded more or less on a curve, in that the winning 100 companies are simply those with the highest scores. Which means the bar goes up and down, depending on which companies are applying in any given year. Of course, once a company gets onto the list, it tends to re-apply each year--so in that sense, the bar is on a steady upward course. It has also risen lately because list administrators at Working Mother have added a couple of basic eligibility requirements: in addition to some existing requirements based on size, industry (no work-life consultants need apply), etc., companies must offer at least one week paid maternity leave and some form of flex-work--just to be considered.

Two, Two, Two Lists In One!

One neat thing about the Working Mother application is that it can put you in the running for an additional Best Company list, as well. Applicants can opt to have their answers applied to the annual NAFE Top Companies for Executive Women list (also sponsored by Working Mother Media). All you have to do to take advantage of this option is check a box--and write one additional essay. The judges simply take your existing answers to relevant questions (such as those related to women's advancement) and apply them to the NAFE competition.

Why go to all the trouble of completing this lengthy application? Certainly getting on one of these lists is a feather in the cap for your organization and by extension--if you are the one in charge of making it happen--for you. But that's just the start.

According to Jennifer Owens, Director of the Working Mother Research Institute, when the Working Mother list is released each fall it gets millions of media impressions. Next year (when the results of the current application are published) will be the recognition's 30th anniversary year--a fact that should garner it even more publicity than usual.

A number of my own clients have told me that all this attention is a tremendous boon for recruitment, and Owens concurs: "I get people who email me all the time saying they're using the list when they're looking for jobs. And companies use the designation in their recruitment. It says an awful lot in just five words."

I've also had clients tell me they see a drop in employees leaving the company, once they get on the list.

All that said, the real business benefits of being on a list like this come from having the programs and policies that get you on the list. Owens points out that the application process, itself, can be enlightening. Questions, which are based on the current state of affairs for family-friendly policies and programs in progressive companies, can provide helpful insights into best practices, while researching their answers can be an illuminating exploration of the state of things at your own company. Plus, Working Mother Media and most other list sponsors reward applicants--even those that don't make the list--with basic (aggregate) benchmarking information, comparing their application responses with those of other applicants. More in-depth benchmarking analyses are generally also available, for a fee.

By the way, none of these Best Company lists discloses the names of applicants that don't make it, so in that sense there is no downside to applying.

Getting on one of the premier "Best Companies to Work For" lists involves a sometimes daunting application process, followed by the potential for some intriguing rewards. My suggestion? Stop waiting around to be anointed from on high--roll up your sleeves and give it a try!

Robin Hardman is a writer and work-life expert who works with companies to put together the best possible "great place to work" competition entries and creates compelling, easy-to-read benefits, HR, diversity and general-topic employee communications. Find her at www.robinhardman.com.