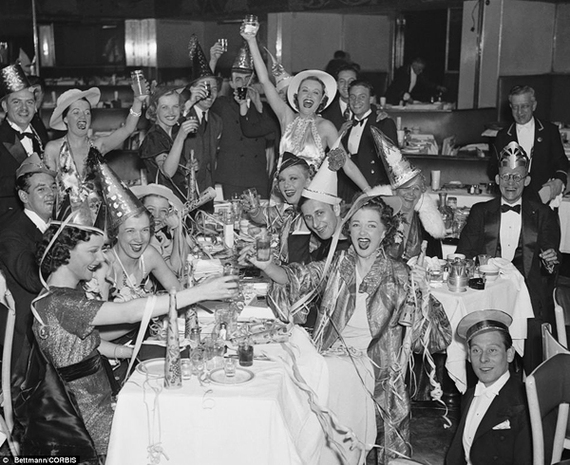 For those of you who look back and see 2016 as a year that felt like a trip through a scary haunted house in which, after you have narrowly avoided death at every turn, the monster waits until you are just outside and then, when you think you are home free, he catches up with you and spits in your face and rips your eyeballs out and then eats you, take heart. Life in the Boomer Lane has evidence that other '16s were maybe just a little bit worse.

16 BC This year is filled with people with absurdly long names, all invading places with even longer names. Other than that, everyone mostly sits around and waits for Hailey's comet, which will take another four years to zip by. By then, most of the people waiting will have died.

16 AD This is one year before a major earthquake will destroy much of Asia, so during the year leading up to this tragic event, people mostly say things like, "Things are horrible, but at least we aren't having an earthquake this year."

216 AD Most people are too busy worry about Barbarians attacking the Roman empire to do much of anything else. And, seriously, there is nothing to do anyway except wait for the Barbarians.

316 AD Emperor Constantine the Great issues an edict prohibiting the punishment of slaves by crucifixion and facial branding. Everyone agrees that it is a great year to be a slave.

516 AD marks the end of classical antiquity and the beginning of the Middle Ages. People throw off their togas and put on animal pelts. They forget how to bathe or philosophize or read. They eat mostly barley and die of rotted teeth. All in all, it's a depressing year. The Roman Empire no longer exists, but now everyone lives like a slave anyway.

616 AD In the absence of the Roman Empire, Europe consists of a lot of little kingdoms, each containing about 20 people. In the Middle East, Shah Chosroes II invades Egypt. Egyptian slaves hope this means an end to crucifixion and facial branding.

1616 is the start of "the great coastal plague," sweeping through New England and wiping out up to 90% of Native Americans. This is mighty convenient for Pilgrims and other Europeans who come soon thereafter to colonize. Not so much for the Native Americans, who are starting to get a taste of White Man Magic.

1716 The first black slaves arrive on US soil, in the territory of Louisiana. LBL will not make any jokes here about crucifixion, facial branding or anything else connected to slavery.

1816 is known as "The Year Without A Summer," due to climate abnormalities across the Northern Hemisphere. Severe food shortages result. World leaders tell their citizens, "At least you aren't subjected to crucifixion and facial branding."

1916 While most of Europe is being obliterated in WWI, optimists say, "Well, at least we don't have influenza." Two years later, they can't say that. Fifty million people die from that particular epidemic. Slaves throughout the world who survive will be frolicking because they aren't being crucified or being subjected to facial branding.

Farewell, 2016. You were horrible, for sure. But you were our horrible. And, at least we had Game of Thrones and lattes and shoes that tie themselves. That's something, I guess.