When I was growing up in Azusa (whose motto was "From A to Z in the USA") back in the early 1960s, we relished the rare days after a winter rainstorm. On those days we could go outside and see snow-covered peaks in the San Gabriel Mountains, soaring 10,000 feet overhead. And while these mountains were only a few miles from my home as the crow flies, it was rare to actually be able to see them. The air pollution was so bad back then we had "red flag days" when school children weren't allowed to play outside during recess because of dangerous levels of air pollution.

It was 45 years ago that the Clean Air Act passed and the Environmental Protection Agency (EPA) was created, and they have both made a tremendous difference in our quality of life. The EPA estimates that without the Clean Air Act, by 1990 "an additional 205,000 Americans would have died prematurely and millions more would have suffered illnesses ranging from mild respiratory symptoms to heart disease, chronic bronchitis, asthma attacks, and other severe respiratory problems." In fact, within the Los Angeles basin, levels of some vehicle-related air pollutants have decreased by about 98 percent since the 1960s. If news photos of air pollution in China have you holding your breath, you should explore the archival photos of smog in Los Angeles as a stark reminder of how things used to be. 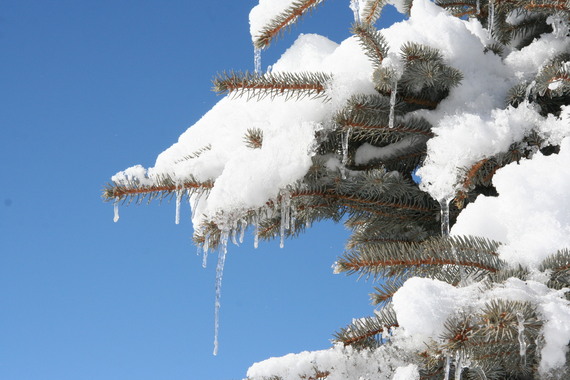 The San Gabriel Mountains National Monument provides Angeleños 70 percent of their open space, providing outdoor, nature-based recreational opportunities to 15 million people who live within 90 minutes of the new national monument. In addition to providing access to nature and supporting clean air, the new monument protects the source of 30 percent of the drinking water for the people of Los Angeles.

Sometimes the environmental problems we see around us seem overwhelming, so it is particularly helpful to look back at where we've been and to appreciate that Americans have made incredible progress in cleaning up our air, protecting our public lands and watersheds, and ensuring that even in our dense urban cities we have opportunities to get outdoors and commune with nature. Sure we have more to do, but let's appreciate how far we've come; take a deep breath and go take a hike.