The Laws of Attraction state what you feel, how you think, the thoughts you pour your energy into and focus on, you become.

How do some of us find ourselves knee-deep in a world we despise?

It's because we created it on our own. 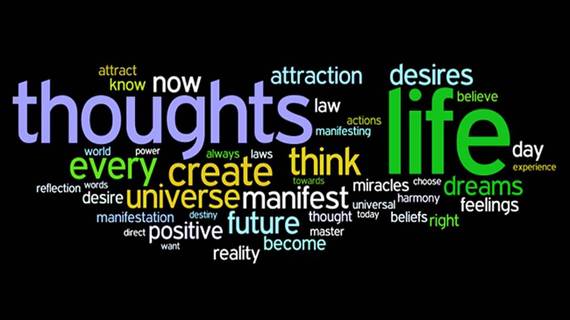 Take it from someone who's seen rejection and failure one too many times in life -- my job I despised, the girls I've always wanted but never got, the uncertainty in myself and my future, the constant need for validation.

I've pretended to be someone I'm not or someone I should be because I either told myself or I let someone influence me into believing that's "how you look good on paper" or that's what girls want to hear or this is the way life is supposed to be in order to stay in line.

It's easy to live in a world where you deny your reality and make it into something it isn't. It's easy to pretend. It's easy to attract people based on what you think "they" like.

However, those are all the ingredients to make yourself miserable. You can only pretend for so long before you find yourself at a crossroads. A crossroads which makes you decide whether to continue going on with your life in denial or to start actually looking for truth.

I had the chance to link up with someone who specializes in helping men live a life they want to live and someone who has built her success based on the principle of honesty.

Hard-hitting, direct and straight in your face honesty and someone who encourages her clients to be their bold unapologetic authentic selves.

Kezia Noble is the world's leading female dating expert for men, a bestselling published author, and YouTube star with nearly 50 million views on her channel.

Personally, I believe people should reach a point in life where they come to terms with their own weaknesses and areas in life that need improvement. In the past year or two I ran into these realizations which somehow led me to Kezia's YouTube Channel.

I'm not really the type who buys into the whole pick-up community because some of the teachings do not align with my own personal beliefs and values.

It doesn't take long to realize Kezia is someone who is actually trying to improve the dating lives of frustrated and struggling men.

She's really doing it for the women as well if you think about it. I'm sure for many women you've reached points in your life where there's literally no hope of ever finding a "real man".

Kezia definitely opened my horizons and hit home on a lot of topics that made sense to me. For example, we always hear about "the nice guy". But who the hell is this guy and why does he always finish last?

She describes the nice guy as "bland, forgettable, and replaceable".

This is the guy who doesn't challenge a women -- he just complies. He's always apologetic and fears creating impact because there's a slight chance he might make negative impact.

I've been this guy, you've been this guy I'm sure at some point but he is NOT you. Kezia explains how plenty of the men she coaches have great personalities but become the "the nice guy" so they don't get rejected which if you think about it is just a cop out.

It's so true and literally a fast pass straight to the friend zone at MOST.

Why do girls like the "so to speak" bad boys? It's because they have a mind of their own. They aren't afraid to oppose a women's stance if they disagree. "Radical honesty creates a lot of impact" as Kezia states.

But what makes her so different?

Besides being a woman in a heavily saturated market of male dating coaches, she tells it how it is.

She's intrusively honest which has gotten her into trouble one too many times and who some have seen as negative characteristics in her personality, but she has taken those exact traits and flipped them into virtues with beneficial purposes for others.

She isn't the type who's going to massage your ego or play the role of a cheerleader.

We all have friends who are too nice or don't want to tell us the truth of why we're sucking at life.

Maybe on the opposite spectrum we have those friends who feed us the wrong advice and may very well be damaging our personal development with negativity.

However, as someone who praises her ability to nourish confidence and make the chances of succeeding with women drastically higher, she has no problem telling you exactly her thought process behind reengineering you into a dateable man.

In return, her direct no-nonsense feedback men need in order to reach their maximum potential has proven successful for Kezia's clients.

Too many coaches offer vague "throw away" advice which does absolutely nothing in pointing out the real issues men face.

For example, you dress like a slob? She's the first one to spot it out and tell you. Kezia has built a team around people who specialize in all areas of taking men from zero to hero.

As for those who dress poorly, she employs one of her team members who is an expert in style and fashion to get clients upgraded based on what works with their personality. 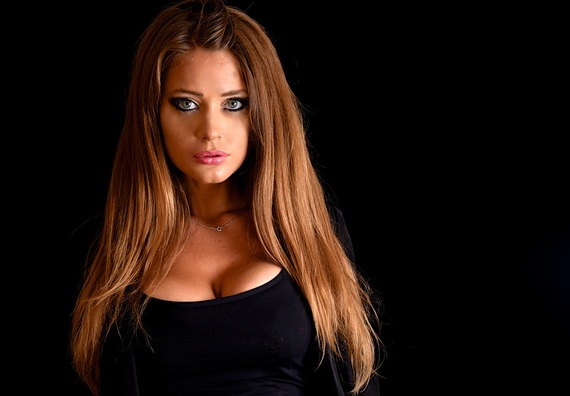 "I Don't Have a Glass Ceiling Mentality."

After touching base with her and diving into the psychology behind who she is outside of her success and what she stands for, I've come to notice how her principles in coaching are a reflection of how she approaches life.

Kezia attributes her success to being the type who wakes up and gets straight to work.

It's quick to see that Kezia is someone who approaches life with two feet on the ground and a "can-do" green-light mentality.

How many of you give up at the first sign of struggle? Or run into an issue and tell yourself all the reasons you can't do it?

For instance, maybe you believe a girl or guy or certain goal is out of your league and poison yourself with all the reasons she or he wouldn't date you or all the reasons why you can't achieve that goal instead of focusing on all the amazing things you have to offer or finding all the reasons you can do it.

I don't have a glass ceiling mentality, I don't look at an idea think about how I can't do it, I find the reasons why I can do it.

There's also something that will surprise many people out there, which is that I don't weigh myself down with long term goals.

Instead I prefer short-term goals, and then maybe after a few months or so, I stop and look at the big picture and see how much I have achieved collectively as a result of all those mini incremental goals.

She's someone who has taken this exact approach with her own personal success and interwoven these principles into the dating world, techniques and advice she shares with her clients.

"There's one single distraction that the generation before ours didn't have. That colossal distraction is called the internet."

I look around and see more people single than in love or in relationships.

It's not necessarily a bad thing but it makes you wonder because so many of our parents and grandparents got married at very young ages.

What is our generation doing differently?

With someone who has pretty much seen it all in the dating world I wanted to see what trends Kezia has noticed when in comes to the biggest disconnect of why people are just not getting lucky in dating or in love.

I'm not here to malign the obvious benefits of having 24-hour access to the internet, but it is a 'time vampire'.

When we get lonely, what do we do? We click on a screen and get lost in an ocean of social media and online instant gratification.

Whereas people used to have only a choice between watching whatever happened on TV vs. actually going out, socializing, and meeting up with friends.

As a result, they would generate more opportunities to meet people, which would not only improve their social skills but also further increased their chances of eventually getting involved with someone.

Touching back on "being your bold unapologetic self" -- we see too many people nowadays live for the "likes".

Do me a favor and go to your Instagram profile.

Do a quick scroll down your Explore Page. How many half naked pictures did you see?

I know, I know. Who am I to judge? I'm not trying to throw 40 percent of the people on Instagram under the bus because we all show off on social media in one form or another.

It's normal. And in all honestly many of those fit chicks, fit guys, models actually mean well and do what they do because it serves a purpose to a vast audience, but as Kezia states:

We are living in an age where we can fake lives, fake happiness and fake success via our social media platforms.

And if you combine an excessive amount of time alone with an infinite amount of time on the internet, you can easily slip into blurry grey area between delusion and reality.

People may wonder why people go to dating experts. Why people look to dating coaches for hope of becoming more successful with women or increasing their chances with love.

Some find the idea absurd. And because of this Kezia has faces much opposition and criticism in her career. But that's what happens when people are quick to judge, especially someone who is successful.

She's simply a person who see's a problem in the world. It isn't hard to deny that it's a problem. Look around.

What'd you last talk about with your friends?

Most likely about a significant other or lack there -- of, especially being that it's February which is literally the time where everyone's dating lives are put under a magnifying glass.

Kezia admits that some of her videos on YouTube have fairly obnoxious titles which are used more so for marketing techniques of luring an audience in, but the content remains genuine and on point.

Regardless, her success doesn't lie especially when you've helped over 18,000 men across the globe.

When you become successful , you start gaining confidence to make more moves, to take bolder steps which positions you into the spotlight.

When you're in that spotlight, you become open season for the haters (who are usually frustrated at still being stuck in their own comfort zones).

Not everyone can handle the extremes, they don't want to experience being loved and hated and going through that 'all or nothing' odyssey, they would rather just be liked or 'get through' under the radar.

I couldn't agree with you more, Kezia.