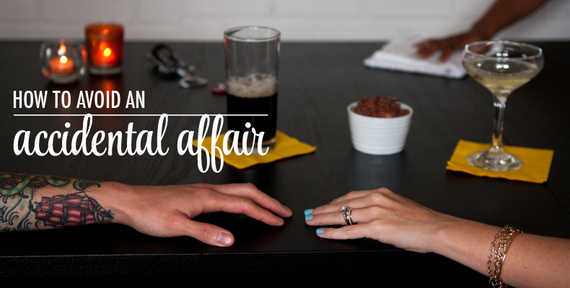 Do you want to know one of the biggest search terms that brings people to The Chic Site?

It isn't a pot roast recipe, or cupcakes or even cocktails, it's search words that point them directly to our post about having a crush on someone other than your spouse. Last year we ran this article called Signs Your Secret Crush is Crushing your Marriage.  We wrote the post initially because I thought it was important to talk about. While the subject is taboo, it's totally normal to develop a crush on someone even though you're with someone else. This is human nature and if you want to understand why it happens read that older post of ours. But just identifying that it does happen doesn't really help you. And if it's something you might be struggling with, I wanted you to know you're not alone.

To that end I wanted to talk about how I handle this in my own marriage and I hope you find the discussion helpful. But whatever you do, don't just ignore it and hope it will go away. If you're not honest with yourself about how you're truly feeling about that co-worker, you make it really easy to have an accidental affair. Some of you might scoff at the idea that an affair can be "accidental" but it actually does happen. ALL THE TIME. In fact, every single one of the couples I know who've experienced infidelity in their marriage didn't set out to cheat. In some cases it was a one time indiscretion, in others it was a friendship with someone from work that started innocently but grew into something intimate. They never intended to be unfaithful, but suddenly they found themselves inside an emotional affair, which is in many ways so much more hurtful than a physical one.

So for what it's worth, here's how Dave and I handle this topic:

1. Be Honest With Each Other: It's not the crush that's dangerous... its keeping it a secret. When you're open and honest about what's going on, you take the power away from those feelings. When you hide it, you're more likely to keep indulging in the inappropriate behavior. Early on in our relationship we had a candid conversation about the likelihood that this would pop up in our marriage and we agreed to speak about it openly. It's not that I ever want to hear that my husband thinks another woman is pretty, or vise-versa that he wants to hear that my bootcamp instructor has 12 pack abs, but by acknowledging this reality, it's easier to recognize the feeling and move on from there.

2. Hold Each Other Accountable: Dave and I are both a little bit flirty by nature. It might be because we've both worked exclusively in the entertainment industry and we learned how to charm our way through a business deal out of necessity... then again, it could just be because we like it when people like us. Either way, there have been times over the last 12 years when he or I have been a little too chatty, or a little too flirty and we've had to call the other out. (Not like, in a duel or anything, just a calm conversation about it on the way home from the dinner party) Honestly, when it's happened, the one flirting wasn't even aware of how it appeared to the other (or for that matter, the people around them) and by talking about it we're able to course correct and avoid hurt feelings, or worse. 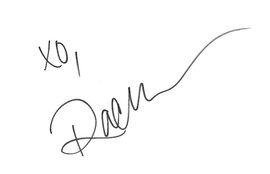