SINGAPORE -- Two Malaysian aircraft have come to tragic ends this year. MH370 has disappeared without a trace. MH17 was shot down. Many despair that little can be done to prevent such tragedies. Actually, there is a small "silver bullet" to help prevent an easy recurrence of such tragedies. This "silver bullet" is called multilateralism.

Civilian air traffic has exploded in recent decades. It has gone from over 30 million passengers in 1950 traveling across international frontiers to about 3 billion passengers in 2013. Travel distances have grown such that Revenue Passenger Kilometers (RPKs) flown were over 160 times as large in 2011 as they were in 1950. World air travel has grown by 5 percent per year since 1980. Clearly, international air routes are becoming more crowded and will become even more crowded. And how do we manage these burgeoning international air routes? The simple answer is that we use a 17th century concept called "sovereignty" which was legitimized by the Treaty of Westphalia in 1648. Three hundred and sixty-six years have gone by. Yet we remain wedded to this feudal concept even though our world has changed beyond recognition.

Each country is given the "sovereign" authority to manage its skies even though many international air passengers do not even know which country's airspace they are flying through. They only want to go from point to point. However, to go from point to point, the management of their aircraft has to be handed over from one sovereign authority to another sovereign authority. This was precisely the point when MH370 disappeared, at exactly the point when it was being handed over from Malaysian aviation authorities to Vietnamese aviation authorities. By the way, the handover is not made directly from Malaysia to Vietnam. Indeed, it is the responsibility of the pilot to switch from one authority to another. And this is what the pilot of MH370 seemingly failed to do. This is obviously an antiquated system of managing aircraft as they fly through global skies and cross our increasingly small planet. The simple logical answer is to create a strong global body with great regulatory discretion to manage global skies. Organizations like the International Civil Aviation Organization (ICAO) and the International Air Transport Association (IATA) exist, but they have little authority to control and manage global air routes, which are exploding.

As Mr. Tony Tyler, director general and CEO of the IATA, stated: "Airlines depend on governments and air traffic control authorities to advise which airspace is available for flight, and they plan within those limits. It is very similar to driving a car. If the road is open, you assume that it is safe. If it's closed, you find an alternative route." As a result, our international organizations remain weak and toothless. This brings me to the most important point of this article. International organizations are not weak and toothless by accident but are kept weak and toothless by design. Who keeps them weak? The simple answer is that all great powers want to keep them weak so that they cannot monitor all other aircraft flying in internationals skies, especially secret military and spy planes. Indeed, many of the great powers using their satellites in the sky can monitor and track all the aircraft flying in the air! The technology to do this was developed years ago. I discovered this when I landed on an U.S aircraft carrier over 20 years ago. In the control room, I was shown radar that could track all aircraft flying within 1,000 kilometers. No aircraft could avoid detection from this sophisticated technology. There is, therefore, a simple silver bullet we can use to avoid a recurrence of these Malaysian tragedies. International organizations should be provided the "eyes" to see every plane in the sky. For example, we should strengthen the ICAO, provide it with real-time technology and global talent to monitor every flying object in the sky and give it the authority to regulate and control air traffic on international routes. This is what the airline pilots are advocating.

Following the downing of Malaysia airliner MH17, The British Airlines Pilot Association (Balpa) General Secretary Jim McAuslan stated that "ICAO's purpose should be to lead where national authorities cannot and it should have the tools to do that."

"The problem of the absence of a clear international coordination to avoid operations above eastern Ukraine has now become tragically obvious, and to avoid a repeat, ICAO should be better resourced and enabled to declare airspace unsafe," he added.

The European Cockpit Association (ECA) President Nico Voorbach stated that appropriate risk assessment apparently did occur, but only for the carriers of some countries. It appears that some airlines have access to "very good intelligence and advice from the most powerful national security services. . .whilst others are left at greater risk," he says. Information should be shared, he added, "in such a way that the highest levels of risk avoidance can be rolled out to all." All this would mean a theoretical elimination of the 17th century notion of sovereignty that nation states cling to. But this would be a necessary step to take to protect the millions of innocent civilians flying across international frontiers. These civilians should not be jeopardized by the different standards and capabilities of national aviation authorities. There is no doubt that all the great powers, especially the five permanent members of the UN Security Council, will oppose any such move. They have had a long track record of weakening, rather than strengthening, global multilateral institutions. They have even weakened multilateral institutions like the World Health Organization and the International Atomic Energy Agency, even though we have a global interest in strengthening them to prevent pandemics like Ebola and nuclear proliferation. The Malaysian Prime Minister Najib Razak has called on the world to learn some lessons from the disappearance of MH370 and strengthen the ability of ICAO to do real-time tracking of all civilian aircraft. This is a small first step towards strengthening multilateral institutions like the ICAO.

Can the great powers now become more enlightened and support multilateralism? If they can, our skies will become safe. Kishore Mahbubani is Dean of the Lee Kuan Yew School of Public Policy at the National University of Singapore and author of "The Great Convergence: Asia, the West, and the Logic of One World."

Why Won't the Big Powers Allow Global Monitoring of Flights Like MH370?
Search For MH370 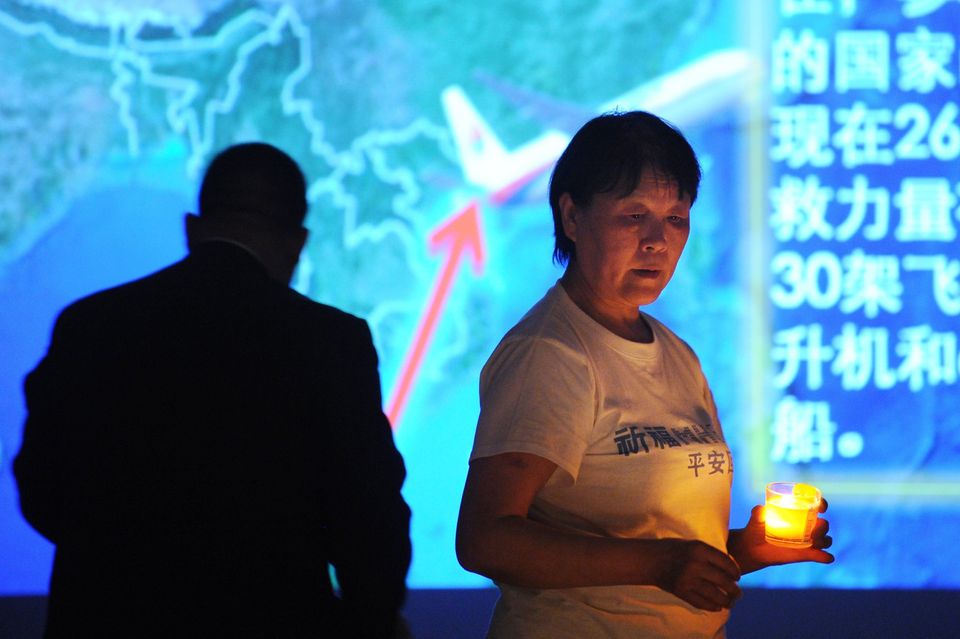 1 / 46
A Chinese relative of passengers on the missing Malaysia Airlines flight MH370 holds a candle as she takes part in a prayer service at the Metro Park Hotel in Beijing on April 8, 2014. (WANG ZHAO/AFP/Getty Images)
Getty Images