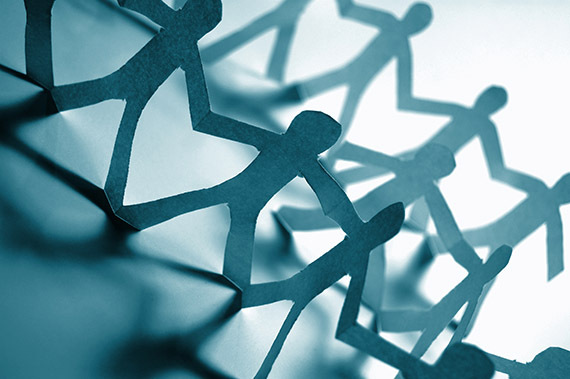 Hafu refers to children with one Japanese parent, and one from another race.

According to the World Population Review, Japan's population is roughly 127 million. Demographically, Japan is largely homogenous with 98.5% ethnic Japanese people and a small proportion of Koreans, Chinese, Peruvians and Brazilians.

What this means is, in Japan, 99 percent of the people around you have black hair, brown eyes and similar facial features.

Recently, I read an article on a new documentary that highlights the identity search struggle of mixed-race individuals in Japan. In the documentary, a girl named Megumi Nishikura recalls others who said, "You don't look like a 'Megumi'."

We often make assumptions about people by how they look, sound, where they are from, the education level they have and all sorts of criteria.

Assumptions are built on top of stereotypes we have learned. When I speak, my friends say I sound American. Many people assume I grew up in the U.S., until I tell them I was born and raised in Japan.Sometimes assumptions work to our advantage. People tend to quickly assess a person and situation, and respond accordingly: "She looks Asian, so she must be good at cooking Asian food. We have a team potluck next week. I'll ask her to bring an Asian dish. That should be an easy thing for her to do."

Sometimes, however, assumptions can cloud our judgment.

Because of the assumption, we might think an individual will act in a certain way. Then we are caught off guard when they act in a different way. For example, "I gave her the easy assignment to bring an Asian dish and she said no."

We get confused, disappointed and frustrated because we don't understand what is going on. We, then, develop negative feelings about a person because we feel betrayed: "How could she say no? It was the easiest task. What is wrong with her?"

But is it her fault? Did she do something wrong?

We basically did it to ourselves. We made an assumption and set up an expectation that the person would behave a certain way. The problem arose when they behaved in a way that did not live up to your expectations.

How can you avoid making assumptions and setting up false expectations? Here are a few tips to try:

Stay open minded and try to understand where the other person is coming from. You will never really know what other people are thinking unless you have mind reading superpowers.

Initiate a conversation if something doesn't sit right with you. Don't try to figure it out on your own. You will never get the real and right answer without asking.

Instead of starting from a place of assumption, start with an open mind and heart and learn about the person through direct conversations.

Many workplaces suffer from breakdown of communication because of habit of presumption.

Nozomi Morgan, MBA, is a certified Executive Coach and the Founder and President of Michiki Morgan Worldwide LLC. Addition to coaching, she speaks and trains on leadership, career, professional development and cross-cultural business communication.