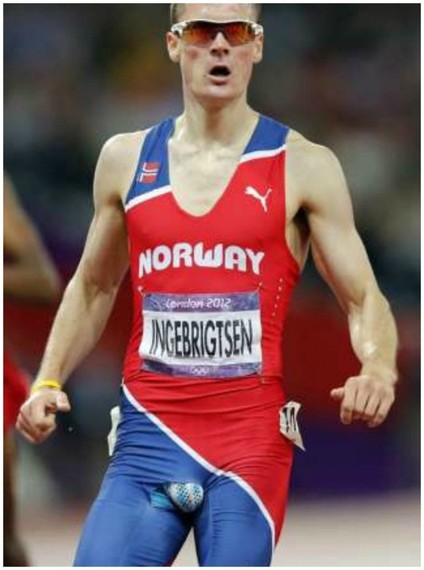 We have all witnessed it first hand on national television. We have seen the super bowl half time show shut down because of it. We have seen social media go crazy about it. We have even seen careers ruined. By what exactly? Wardrobe malfunctions.

A wardrobe malfunction generally refers to the moment that your wardrobe unexpectedly exposes parts of your body you never intended to expose. It can be frightening and embarrassing especially if someone else recognizes your malfunction before you do.

A Mississippi State defensive linemen learned the hard way about uniform malfunctions during the 2016 combine. While doing a running drill the NFL hopeful was seen dropping to the ground as his crotch became exposed to the entire television audience. While horrified by the fact that he was exposed this incident is nothing new for the NFL who has seen its fair of wardrobe malfunctions.
Each year college sports organizations in Oklahoma alone spend 10,00 dollars on uniforms. One would think with such a high tab they wouldn't malfunction so frequently but even manufacturers admit that you must take precautions with every uniform. There are several ways to avoid malfunctions:

When purchasing from an online shop, like Uniform Store for example, it's important that you are familiar with your vendor. Your vendor can make sure that sizes fit properly and can help you identify what materials work best for the sports your teams will be engaging in. Most importantly, great vendor relationships mean if something doesn't fit right when you purchase it they'll be happy to fix it at no extra charge to you.

Rather you are a big or small, tall or short you know your body more than anybody else. In fact, a study was conducted that says most people intentionally wear the wrong sizes because they intend to lose weight. While purchasing smaller sizes may be motivating it is far from realistic. If the uniform you purchase is too small for you before the big game, it'll probably be too small for you during the big game as well. Save yourself the embarrassment and buy the next size up.

Try Uniform on Before Any Major Event

I remember when I got married I tried my dress on several times before my wedding day. It wasn't that I had purchased the wrong size but I did recognize life happens. Sometimes you forget to say no to that cheeseburger, sometimes you forget to not snack on that huge bag of chips, it's life. The same behavior is also encouraged before any major sporting event. Make sure you try on your uniform before each and every game. There is nothing worse than running to a 1st base and having to watch your pants rip right below you in front of a crowd.

Practice in Your Uniform

As a high school basketball player I never understood why my basketball coach was so adamant about us wearing our uniforms when we practiced. As an adult I fully understand. My basketball coach would rather have us have uniforms malfunction at practice then during her game, especially a big one.

If it Looks Too Tight It Probably Is

Have you ever looked in the mirror and thought your uniform or outfit looked too tight and felt a little snug? Well, it's more than a look. If it feels too tight it probably is. Don't be afraid to be out with the old and in with the new.