When you're 25, a lot still happens in the span of half a year. I've moved, flown to Kosovo and back, been ordained as a deacon, lost a close friend, maybe fallen in love and applied to and matriculated at a seminary across the country.

These are things a 25-year-old would generally tell his mother. Mine only knows about them second-hand, through my father or grandmother, or my blog, if she reads it, or Facebook, which she must. Except for two fleeting conversations on holidays about my cat and a purchase of suspenders, she and I haven't spoken in six months. If nothing else, Mother's Day marks a time to consider that.

I consider it often, mawkishly, with memories of my childhood: how she praised my Katharine Hepburn impressions at the age of seven and tolerated my aversion to sports and never made me feel as fat as I was, only subtly encouraging me to try every diet regimen of the '90s -- Atkins, eat-right-for-your-blood-type and some herbal tactic involving ginseng. I spent hours splayed out on her bed, every afternoon, to recount the petty dramas of my day at school. Like most sensitive boys, I developed a close friendship with my mother. Like many gay children raised in Fundamentalist Christian families, my relationship with her foundered as I became more honest about myself.

I first came out as an environmentalist, then an English major, and inevitably a full-blown liberal. I was supposed to be rich and philosophically aligned with my parents. By the time I told them I was gay, my mother had suffered too many disappointments to feel much worse about anything. A homosexual son was horrible, horrible news to imagine others hearing, but her sweet boy had already spurned the idea of studying medicine and marrying a mama grizzly. I was failed progeny. Being gay was the coup de grâce of our defeated relationship.

In my mother's mind, I am straight but deluded by the "homosexual agenda," a nefarious term she continues to use, or tweets about, at least, and compares to the Taliban. This is problematic for a number of reasons. The main one being that her son is gay.

And I am -- not leather-bar-gay or bath-house-gay or plan-to-name-my-daughter-Liza-gay, but as gay as any man attracted to other men can be. I say this without shame, because my faith motivates me toward authenticity. Which is another reason belonging to the "Talibanesque" gay community estranges my mother. Spiritually, I'm comfortable with being gay. My existence is a testament against how she believes the world operates. Together we're nitrogen and glycerin. Her preconceptions and my personal integrity can't coexist without exploding. It's safer to remain apart.

It's still painful, though, still feels like a divorce, or on the worst days like a death. Mother relationships are so genetic. I turned to mine to console my fears about Hell and to advise me during tiffs at school. Financially independent and living half a country away, some part of me, some basic instinct wants to tell her about my breakups and professional victories and concerns about how I'll afford grad school.

Guilt plays a role. In spite of everything I heard in therapy I still feel responsible sometimes. I wonder if it's all in my head. I think I'm being a bad son by never calling. I want to compartmentalize our relationship and have her in my life again. After three years of trying, during which time her beliefs calcified and my sense of self was enriched, I know it isn't possible, which leaves me wondering how I'm supposed to be a good son to a mother who's in a very functional sense dead to me.

According to my father, the estrangement is at least as difficult for her. Sometimes she can hardly climb out of bed. I've told him I have similar mornings. We must sound like the Mouskewitz family from An American Tail, crying and singing up at the same moon. We know each other's whereabouts, though, and have a dozen means of contact. I expect I'll use one of them on Mother's Day, that we'll talk for a few minutes, cautiously, and then resume our separation until the next holiday or family wedding rolls around. Is that doing my best? Am I being a good gay son? I don't know. I pray about it. I love her, genetically and earnestly, which I'll say on Mother's Day, and here in case she's reading: 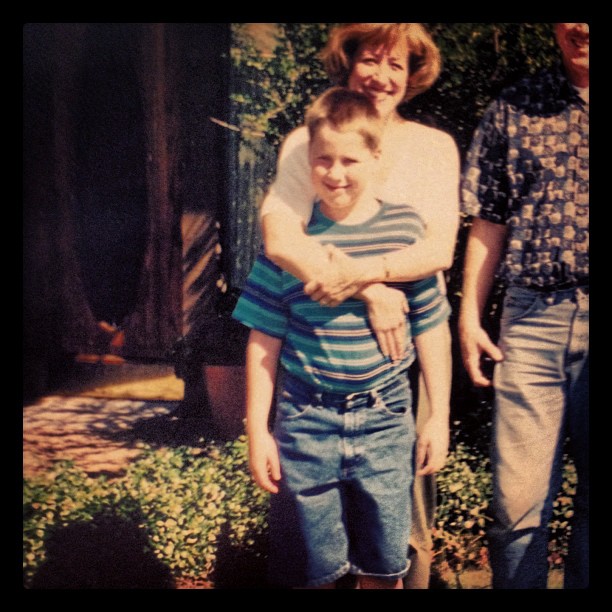