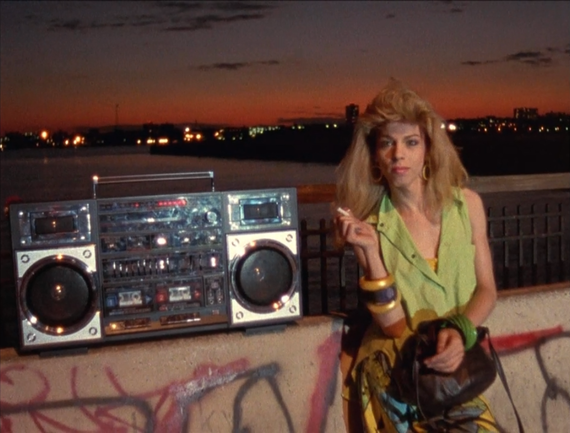 I want to preface this by saying that I am not an expert and this list should not be considered definitive.  I had the good fortune to collaborate on this article with trans activist and writer Alexa Diaz,  who is by far more knowledgeable on this subject than I could ever dream to be as a cisgender woman.

The transgender community is one I have personally felt solidarity with since a very young age.  I grew up around transgender people, but I think my first real awareness of the collective transgender movement was when I saw the film Paris Is Burning for the first time.  Most people celebrate this documentary as the story of the '80s drag ball scene in New York, which, of course it is.  However, the first time I watched the film, I cried for the life, talent, sweetness and dreams lost in Venus Xtravaganza.

There is a scene in the film where she talks about her hopes and dreams.  She wants to get married in a white dress.  She says she left her family home at 13 because she started doing drag, and they didn't approve.  Like so many trans kids who have been kicked out or shunned by their families, she was left to fend for herself on the streets of New York.  She occasionally turned tricks to get by and in the film recalls a time when a john put his hands between her legs, and she jumped out the window to get away.  In 1988, Venus Xtravaganza was found strangled to death under a hotel bed, presumably by a john.

Her story is tragic in and of itself, but the horrifying part is that it is not unique in any way to the trans* community.  Of course being a transgender kid today is not the same as being one in the 1980s, but tragedies like these have plagued the transgender community for decades.  Historically locked away in asylums, outcast from their families and murdered simply for being their genuine selves, the transgender people have collectively suffered unspeakable violence and exclusion.

Today, the trans community continues to face discrimination and lack of access to fair employment, education, healthcare and public acceptance. These problems have led to a disproportionate rate of suicide among transgender youth. The struggle is far from over.  Allies are all the more critical now, because as I've pointed out before, when making progress to end discrimination, hate is pushed into the "black market," if you will, making it more covert and subtle.

You can be a trans ally in a lot of different ways; there is no one, fool-proof guide.  I spent some time researching and putting my own experiences as an ally down into a list of "bare minimum" criteria.  These are simple things that may not occur to the average joe, but they are important nonetheless.  Please feel free to add to this list in the comments:

Being a good ally is not limited to these criteria, but they are important to internalize and keep in mind.  A deeper ally is someone who can be a "safe person" for their trans friends and the wider community.  Listen without judgement and offer support without conditions.  Make it known that you can be spoken to in confidence and be trusted to keep personal information private.  This is respect and compassion in motion.  Diaz says the first step to being an ally is to examine your own biases, which you can begin by asking yourself these questions:

According to Diaz, "once we acknowledge our own biases we can move towards becoming an ally who has put in the work," which includes thinking critically about our existing attitudes about gender and opening our minds to the realities of other people.  An ally then will recognize discrimination where a non-ally sees nothing out of the ordinary.  Diaz says that for many dedicated, lifelong allies, "the experiences they witness become very personal -- they work their way into their psyche," by which they internalize and adapt to the transgender struggle.

It is so easy for cisgender people (myself included) to make assumptions about trans people, but the truth is: everyone is an individual.  I think this is why listening is so important.  I can't possibly have the answers.  I come from a place of cis privilege.  I can only imagine in the smallest modicum what it might feel like to experience my gender differently from what is societally ascribed to my biology.  We must listen, honor and respect trans people to be compassionate allies.

If you're interested to learn more about the transgender movement and how to better be an ally, there is a teleconference seminar series hosted by Alexa Diaz that will cover these and many future topics.  The first session is called Sharing the Struggle: Allies in Focus, and "will be about how allies are invaluable to [the work of the transgender movement]; without the diligence and hard work put in by compassionate allies... we would not be in the place we are today."  The teleconference series will be hosted on Tuesdays at 8pm EST/ 7pm CST.  To participate, simply dial in with the following credentials: