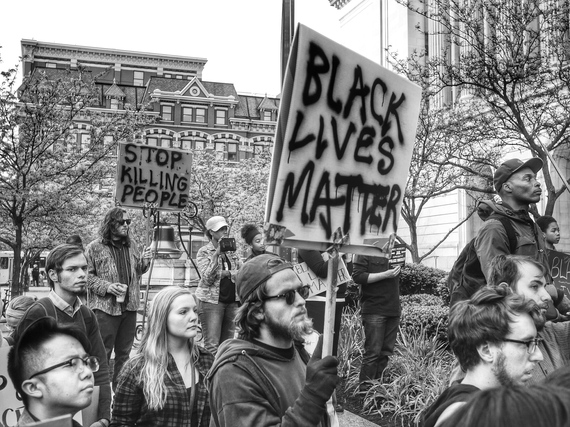 White people can, and should be, advocates for non-whites as a way of healing the world's many social injustices. Playing "blackface" is not one of those ways.

In an interview with the Associated Press, Dr. Camille Zubrinsky Charles, a racial identity expert at the University of Pennsylvania, recently explained that Rachel Dolezal, NAACP Spokane chapter president, may have misrepresented her race because she saw her whiteness as a barrier. Assuming that was her motive, Dolezal failed to understand that you do not have to transform yourself into a member of the non-dominant group to right social wrongs. To do so is a mockery, no matter how well-intentioned, because erasing privilege is not so simple. Had Dolezal stopped spray-tanning her skin and texturing her hair, society would have welcomed her as a white woman and she would have lived with all of the privileges of a white woman.

In any kind of advocacy work, the point is not to become the oppressed; the point is to end oppression. Members of the dominant group should focus on leveraging their social power to help change oppressive norms.

The basic requirement for being an ally is simple: Acknowledge your privilege and treat others with respect and compassion. It's the nuances of everyday life that make being an ally more complicated. In 2003, Dr. Frances E. Kendall wrote a helpful article entitled, "How to Be An Ally If You Are a Person with Privilege" that is just as relevant now as it was a dozen years ago. Here are Kendall's 13 guidelines, summarized per my interpretations:

1. Allies continuously and consistently try to understand and contextualize their privilege.

2. Allies side publicly and privately with people who do not share the same privileges as them (and not in a way that appears, to use Kendall's words, "rescuing" or "grandstanding.")

3. Allies want to be allies and can explain why it matters to be an ally.

4. Allies are dedicated to learning and growing.

5. Allies can discuss how societal norms and personal choices have made them the oppressor, as well as the oppressed, at different times and in different situations.

6. Allies make mistakes but learn from them and continue to act rather than blindly accepting the status quo.

7. Allies work for themselves and for the greater good, not to "save" anyone.

8. Allies understand that those with privilege have the most power to bring about institutional and societal change.

9. Allies are welcoming, personally and at the organizational level.

10. Allies share the lead rather than take the lead.

11. Allies should have a sense of humor about what Kendall describes as the "absurd systems of supremacy in which we all live," but they should not make jokes at the expense of oppressed groups and always use appropriate, agreed-upon language.

12. Allies may be willing to sacrifice comfort, personally and at the organizational level.

13. Allies must accept that they cannot see and feel all forms of oppression, even when they are well-meaning and well-informed.

While Dolezal's story is multilayered and currently the subject of multiple debates, I hope one major take-away after the media buzz has died down is that all of us are responsible for enacting social change, façade-free. Start by being yourself.