The only constant is change. The unprecedented speed of innovation, and technology led business transformations, is introducing process and communication complexities across all lines of business. For CIOs and CMOs, communication is a real challenge. In fact the issue of communication is foundationally important for all working professionals, not just senior management. I recently had the pleasure of speaking with Kare Anderson, Forbes and Huffington Post columnist, Emmy-winning former Wall Street Journal and NBC journalist and author. Anderson has been a public speaker in 18 countries, and consultant to companies, sports teams, startups, government leaders and non-profits. Lucky for us, Anderson, a speaker and communications strategist, also loves coaching executives from some of the largest companies in the world on how to "Say It Better" - that is, how to distill a message so that it resonates with more people and creates allies. 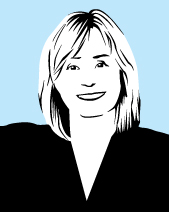 Anderson gives us these 10 steps to become more quotable, connected and collaborative:

Anderson says that good communication is so hard because our mind goes to the general. Believe it or not, communication is most difficult for people who are smart and are experts at something because they create underbrush and don't answer questions directly. Good communication is about mutuality, it's not about me or you. The best way to put the customer first is to speak to their interest and then what you have in common and then how you're interested - you, us, me.

2. Step into Their Shoes

Unconsciously we want to give people background before there is an interest. To get people to give a specific example is very hard for them to do. For a C-Suite executive, good communication is most easily done by stepping into the shoes of another executive in the opposite role. Describe things their way, engage them iteratively using their language and then tell them in plain language how you can help. For example, you might say, "In light of your concerns, X, Y and Z, I have three ideas that might alleviate them", then headline each one and let them decide what to talk about first. It sounds obvious, but it rarely happens.

Managers can also step into the shoes of their employees when asking them to do something. She advises to first site something they already do well and then say that because they do this well, you would like them to do this other thing. It's us talking together not me taking at you. If an employee comes in with a problem, ask what they would want to do to make it better and involve them with the solution instead of telling them what to do.

3. Be Direct and Get Specific

Technical people need to see the methodology specifically. Anderson says you need to always reverse engineer the goal you want out of the situation. What is the specific thing? When you are specific you have a context on how to react and act. If you know reverse engineering and what you want to accomplish, you can listen more closely and can say the thing first that will pull someone in, because it is most relevant to what is on their mind now. She says, "It's a specific detail that proves the general conclusion." If you know what's already in their mind, you can tap into that and figure out how you can relate it to your mutual interests or what you want them to do and then figure out how you will say how you can help them. It goes back to you, us, me.

One of the biggest growing patterns that Anderson sees today is that so often, we are ping-ponging in conversations - we preface and give backgrounds but we don't answer directly. To counteract that we need to notice closely where the intensity is happening and piggyback on something that is already of interest and then be very concrete and ask about that and then ask for concurrence when you suggest a way to take it forward.

Tapping into her background as a journalist, Anderson tells us to follow the practice of always knowing something about the other person, their story or their situation and then use this information to ask specific questions.

Our goal is to make someone else feel heard and understood, but most of us get so caught up in what we want the other person to do. By doing some homework in advance, we can turn the power over to them by saying something like, "I have a feeling you have an interest in this and I want to confirm it". We need to be asking ourselves, "Are we deeply listening?", "Are we following the path that the other person has set up?" and "Are we responding to them specifically about what is on their mind directly with that preface?"

We all have different parts of our personality that are brought out by the difference people we connect with. Anderson tells us we can leverage this to be more interesting as individuals and as companies. Here's how. Think of three parts of your individual (or your company's) personality. There are two ways to do this:

According to Anderson, having strong situational awareness is probably one of the most important things to being interesting and connecting with others. Like IBM says, relevance is what message are you giving in this situation. It's all about situation, circumstance and context!

One tactic to being seen as more interesting is to use the "ugly man in the party trick". Notice who is getting the least attention and respect in the room and make a beeline to them and ask them what brought them there. Doing something interesting and unusual not only creates an unlikely ally for life, but allows people to see a different facet of you. Not to mention that it feels good too.

Advertisement
7. Use Comparisons
We all want to be quoted in the media. Anderson offers these two ideas to get there:

Try pulling in people that can relate to your product and create unlikely allies. One way to do this is to site people in convergence with each other. If you are giving a speech refer to people in the audience by name. In social media anything that pulls other people in, uses their language, sites their success, is the best thing you can do to cut through the social media noise and it's becoming.

A great example of someone that does this well in social media is this Adam Grant who wrote the book "Give and Take". Grant habitually sites other researchers, other people and situations. Other people who do this as well include Nick Kristof, Richard Branson and Whitney Johnson. Anderson believes that in social media we still talk too much about ourselves. She says that if we site people who are the CFOs or those that don't even use social media, we pull them into the conversation.

I think that Tom Peters epitomizes this concept. Peters travels around the globe and presents in different venues. The night before he presents, he buys the local newspaper and tries to understand the town or city he is in. The next day, he integrates relevant news and he personalizes his message for the venue he is presenting in. His thesis is that the best presentation is not about how well the speech is but how well you connect to the audience.

CMOs are often looking to humanize their brand in order to influence buyers or connect with customers and partners. This can be a problem for companies who believe they have a brand, but in reality it's not distinctive. Getting others involved and collaborating can generate more opportunities for personalizing your brand. Start by asking," If your brand was a person, what are the personality traits you would want it to have?" What is your differentiating benefit and how does it come out?

Anderson tells us that as much as you need the high-tech of software and social media, you need the high touch. As a CMO you can encourage and train your own employees to be ambassadors of the company brand and their own by rolling out the tools along with the level of freedom you want people to have and giving them the messages and the key stakeholders you want to increase your relationship with. Make sure it's clear that you want them to be authentic and avid but also that you want them to be quotable.

The sweet spot of shared interest is the best way to create an authentic brand message, and few companies are doing this. Anderson says that MITRE blew her away with their series of ecosystems whereby people inside or outside the organization get recognized, rewarded or facilitated for proposing ideas and suggesting ways they can help out on projects they want to work on.

Anderson then blew me away when she used Enterasys as an example of a technology company that is successfully using social media to create an authentic brand message. In her own words, "Enterasys people all kick in when they see something that someone is doing, they talk about it together and they are very concrete." She says that this had to have happened because emotionally and as a character trait we must recognize and reinforce collaboration and mutual support as a core trait.

Humbled and inspired by our conversation, I am looking forward to leveraging all that I learned from Kare to be even more collaborative and connected. And while that may not be quotable, it is true.

You can watch the full interview with Kare Anderson here. Please join me and Michael Krigsman Friday's at 4PM ET as we host CXOTalk - connecting with thought leaders and innovative executives who are pushing the boundaries within their companies and their fields.