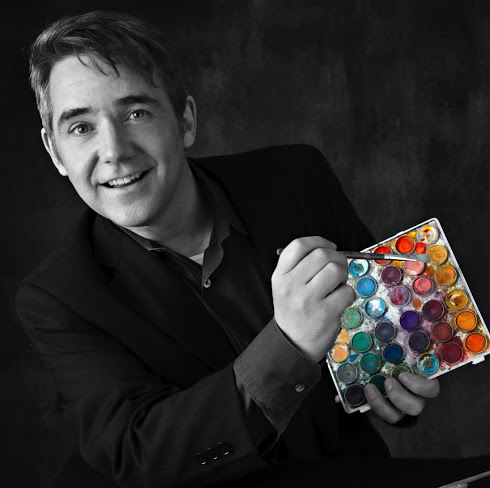 Peter Reynolds is an artist, illustrator, writer, businessman, entrepreneur, husband, dad, and community leader. He is not a fan of labels, but if one insists, he labels himself as a thinker and a dreamer. He has written more than 65 stories; some are books, some are on the web, and some are short films. His most notable works include The North Star, The Dot, and Ish. He is a New York Times best-selling illustrator. He has illustrated several famous works including the Judy Moody series written by Megan McDonald, and the covers of Eleanor Estes' books The Alley and The Tunnel of Hugsy Goode, as well as Judy Blume's Fudge series. He owns FableVision, a media company that combines storytelling and technology to create "stories that matter, stories that move." Peter is also the owner of Blue Bunny Books and Toys, a store known as "the little shop with a big mission" -- to inspire creativity and self-expression in kids and grown-up kids. His store is located in Dedham Square in Dedham, Massaschusetts, a quaint historic village, recently renovated much in part to Reynolds' community leadership. Last, but certainly not least, he's a family man; a gentleman who beams with pride when he talks about the success of his artist and designer wife, Diana Gaikazova, as well as his son, Henry Rocket, and daughter, Sarah.

You will rarely find Peter Reynolds out and about without certain accoutrements; a tiny palette of water colors, something to paint on, a paintbrush, and a journal to capture ideas. He's always in a state of creation; and when he's not, he's inspiring others, young and old, to make the world better with their own art. 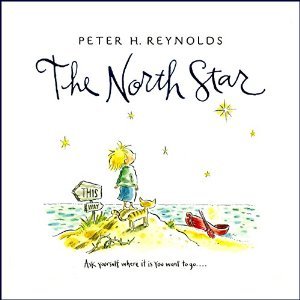 The North Star - Peter's first monumental success as a writer was his book, The North Star. Peter says that he spends a few minutes journaling each evening before he goes to bed. One night he sketched out a story, and an idea, that would eventually change the way in which teachers encourage students to learn. The fable is about a little boy and his journey and the difficult job of navigating life's obstacles to find your passion, and to follow the right path, which is not necessarily the most travelled path. While visiting him at his studio, Peter shared the story of his Chelmsford junior high school math teacher, Mr. Matson, who when he noticed young Peter Reynolds doodling in his classroom instead of paying attention to the curriculum, asked Reynolds to stay after class for a meeting. Reynolds fully expected to get reprimanded. Unexpectedly, Mr. Matson, bargained with Reynolds. If Reynolds would pay attention during class hours, he'd offer him an unusual assignment of teaching the class a math problem using his art. Reynolds was thrilled with this opportunity and used it to write a comic book which the same teacher later helped him turn into an animated film. Mr. Matson was a North Star, one of the first who encouraged Peter to search for his calling off the beaten path, and since then Reynolds has built a career being the North Star for others, using his creativity, his writing, and his voice, to guide others in their own very personal journeys to greatness. 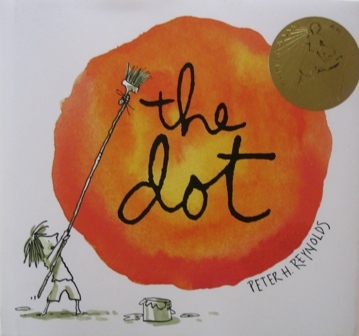 The Dot - Perhaps his most successful book, The Dot, is a children's book which has been adapted in more than a dozen languages, and has resulted in millions of children participating in International Dot Day each year. The book is about a little girl named Vashti, who tells her teacher that she cannot draw. So, the teacher tells Vashti to make her mark and to see where it takes her. The girl puts a dot on a piece of paper and signs it. The next week Vashti is surprised to see her dot framed above the teacher's desk. This spurns the girl to tell her teacher that she can make an even better dot. She then starts drawing all kinds of dots and soon realizes she is an artist. While sitting with Peter at his studio in Dedham, he explained to me that one of the more difficult challenges in life is in breaking outside of the labels put on us by others and by ourselves. For example, Peter pointed out that in addition to pursuing art, he loves the business side of things. He owns multiple businesses including Fablevision and Blue Bunny Books and Toys. He said that even in school, once he realized his passion for creating things, he took courses on print production, copyright, and business so that he could learn the art behind building empires. This is highly unusual because in life, when you are labeled as an artist, you are encouraged to go make art, nothing else. As well, when you are a business person, any art you create is often considered a fruitless hobby. Reynolds posed the question, "Why can't we all be great at all the things that we love? Why do we have to stick to our labels?" Reynolds says that success in life comes down to one's ability to break out of self-imposed labels, to try new things, and to just start doing what you want to do in life. He says that accomplishing anything in life comes down to "proving your groove." 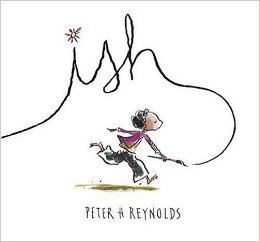 Ish - Peter shared a powerful memory with me during our time together. He told me about the day he ran into his 10th grade school teacher, long after he had made a name for himself as an award winning author and illustrator. His teacher came up to him with tears running down her face. She said, "I'm sorry. I remember telling you not to draw in my class. It was my second year teaching, and I didn't then realize the importance of encouraging creativity. I told you not to draw and it has stuck with me for thirty years." Reynolds tried to make her feel better by pointing out that he had turned out just fine. He explained to me that this story, unfortunately, is not an unusual one. Every single day, he says, people are getting "steamrolled." Too often, he explained, it's kids, little souls full of hope and potential, getting beat down by people who know no better because they too have had hope, potential, opportunity, and greatness beat of them. Peter's children's book, Ish, is about Ramon, a young boy who loves to draw, but in one quick second, his love of art changes because his older brother, Leon makes a negative remark about his drawings. The story has a happy ending thanks to Ramon's sister who encourages him. As Reynolds explained to me, sometimes just the slightest moment of encouragement can change the trajectory of a lost soul.

Reynolds says that when it comes to the journey of life, there are sunny days and stormy days. The days people encourage us, like the teacher in The Dot and Reynolds' junior high school teacher, Mr. Matson and the dark, stormy days, when people inadvertently steer us away from our potential, like the big brother in Ish, and Reynolds' high school school teacher who told him he shouldn't draw in the classroom. "Greatness," says Reynolds,"grows from one's inner passion. It requires each of us to embrace our inner-advocate, take our critics with a grain of salt, and to keep creating like our lives depend on it. Because that's what life is; it's creating. Make your own art when possible, and when you're not doing that, be someone else's North Star."