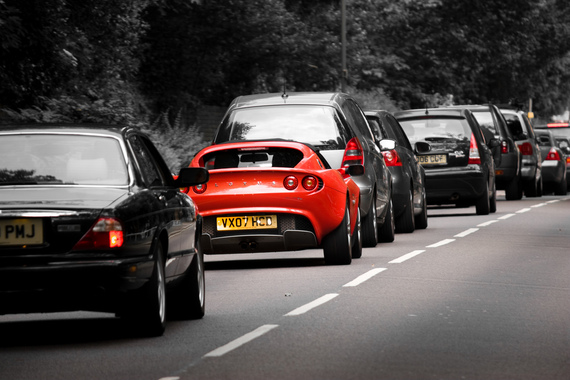 It Can't Be Done

No one can fix your leaders for you.

If you're an executive or a middle-level manager and you're frustrated with your leaders and managers not working together, you've probably entertained the idea of bringing someone like me, a leadership trainer or consultant, into your organization to help.

I say we can't fix them for you because your managers and team leaders do what makes sense to them. They do what they can, with the tools they have, to satisfy the realities they face every day. Just as what you do makes sense to you!

Dumb (not necessarily bad, evil or ill-willed) leaders assume something is wrong with their people. They get frustrated, accuse and blame people for poor performance. They bring in experts to work with their people, but exempt themselves and the executive staff from doing the work too. They focus on people and ignore the systems, culture, and their own behaviors that produced the frustrations in the first place.

Smart leaders, however, recognize that their people's behavior is a reflection of the systems, environment, culture, and training they've provided. In short, if you want to be a smart leader, take responsibility for the environment you've created and be part of making it better.

The infighting, the silos and people who won't work together... these aren't the real problem. That's why I say you're wasting your money hiring someone to "fix them."

They are only manifestations of the problem or problems.

What are the real problems?

Let's take leaders who constantly bicker, won't take responsibility, and blame one-another. For some reason, not cooperating makes more sense than working together. Your job is to figure out why. Here are some common reasons this happens:

When people don't know the goals, they start pursuing their own interests. Or they might interpret the goals differently than others. Your job as a leader is to ensure 100 percent clarity about critical goals and how every team member contributes to that goal.

Everyone needs complete clarity on where they're going and how they'll get there. What are teams and the individuals on those teams accountable to do and to achieve?

When people won't work together, they're often insecure and worried about their own safety. It's natural that people start to "look out for #1". Frequently, fear-based and reactive leaders have a difficult time getting people to work together because everyone is too busy trying to survive.

If people don't take healthy risks and won't work together, pay attention to the emotional climate. Whether you think people should trust you and one another doesn't matter. What matters is whether or not they do trust you and each other.

You only reward individuals

It's very common that leaders ask teams to cooperate, but then reward individuals or departments based on their own performance, rather than the cooperative objective.

If one person or department can succeed when the cooperative goal fails, then you have zero chance of people cooperating. Why should they? You've rewarded the opposite of what you asked for.

Lack of context and problem-solving guidance

This is all-too common. The leader establishes a big goal without adequately addressing resources or conflicting priorities. When people start shifting resources to meet the big goal, other projects suffer. The people who care about those projects -- and often the leader! -- get upset that "people don't care."

It's not that people don't care, it's that important decisions that have not been made. This is another form of unclear expectations. What tradeoffs are permissible? Where are the boundaries? What should everyone expect?

Unclear expectations, fear, individual rewards, poor context, and a lack of accountability are just a few of the reasons your people might not work together.

Remember: You make sense to you and your people's behavior make sense to them. Before blaming people, focus on the places where you can provide clarity, build trust, restructure incentives, and practice accountability.

Be the leader you want your boss to be.