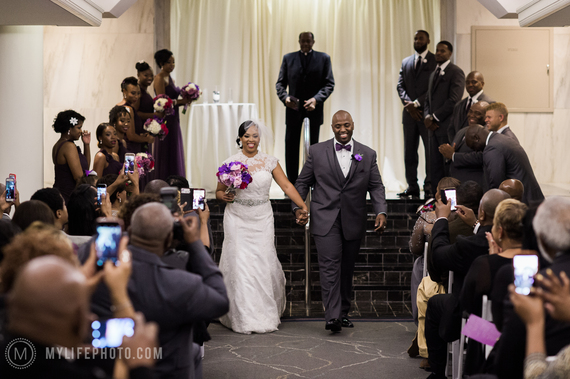 As a wedding planner, we are used to dealing with all types of personalities. You have the type "A" bride who wants to control every single aspect of the planning. You have the DIY bride whose ideas you're constantly tweaking so as to not have a wedding that looks like your 5-year-old niece put it together. Everyone asks about the bridezillas but in reality, there are far less bridezillas than there are crazy, high-maintenance guests. With wedding season in full-swing, the list of guest don'ts is much higher than the dos. Here are tips on how to be the perfect wedding guest:

1. The Amateur Photographer. Listen, we know that you have a nice camera and you enjoy taking pictures. We know that you got this camera to shoot special occasions. Your niece's wedding isn't one of them. I've had a few weddings recently where there was an uncle or a friend who was trying to get their feet wet and decided that they would shoot the entire wedding. If I have to tell you more than once to get out of the hired photographer's shot, that's a problem. Understand that you are getting in the way. The couple has paid a professional to capture their day. Put down your camera, enjoy the wedding and let the professionals do their jobs.

This also goes for the guests who ruin every professional picture because they are taking pictures with their cell phones. While you're a guest at the wedding and you've known the couple longer than the photographer, let them get their shot. I can't tell you how many ceremony pictures I've seen ruined because of people leaning into the aisle trying to snap a shot of the bride. Again, live in the moment and remember why you're there.

2. The High-Maintenance Guest. Weddings are a production and that's why wedding planners are hired. We aren't there to change the seating chart that the couple spent hours to make so that you can sit next to your friend. I had a guest who knowingly sat at the wrong table. I noticed that there was a missing seat so I went through the seating chart for that table. I called out the assigned names and it was only until I asked to see everyone's escort card that this guest got up and moved to their assigned table. That was a 10 minute ordeal that was unnecessary. Understand that the couple has put plenty of thought and time into their seating chart and fully expect their guests to follow it.

3. No Kids Allowed -- Except for My Kids. When an invitation specifies that it is an adult-only wedding, don't bring your kids. There are numerous reasons as to why a couple makes the decision to not have kids at their wedding. As a guest, you're supposed to follow to wishes of the couple. If you can't find a babysitter, maybe this is an event that you won't be able to attend. If the bride and groom have their niece or nephew in the wedding, that doesn't mean that you can bring your child.

4. The Late-Comer. If you're one of those people who are perpetually late, expect to be asked to sit outside while the ceremony is going on. If you show up right as the bride is about to walk down the aisle, don't run over and give her a hug. Don't try to squeeze by the bridal party into the ceremony. At that point, you'll just have to wait until you are allowed in.

5. The non-RSVP'er. I always wonder why it is so hard for people to RSVP for a wedding. The couple provides you with everything that you need in order to let them know if you'll be attending their wedding or not. You've got the self-addressed, stamped envelope and all you really need is a pen to check yes or no. The guest count determines so many aspects of a wedding such as how many tables, linens, centerpieces, chairs and the amount of food that the couple will be paying for.

I recently had a wedding where 19 people who RSVP'd that they were coming, didn't show up. That's thousands of dollars that the couple lost because 19 of their guests decided not to show up. There isn't anything more inconsiderate than having your friends or family pay for you to have a good time and you waste their money by not attending their wedding after sending in an RSVP.

A wedding isn't just a celebration. It's a production that has many moving parts. Make sure that you're not interfering with the success of the day.