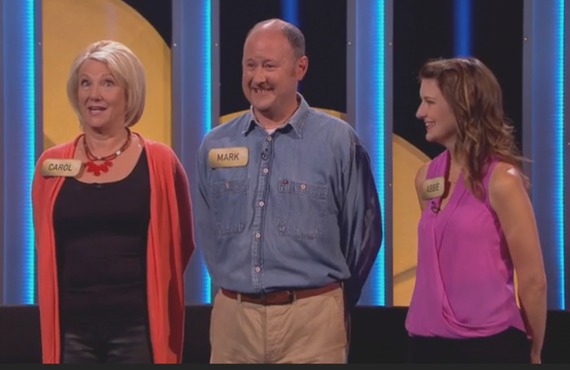 We live in a society obsessed with age. One that constantly searches for the secret of eternal youth. Advertisers tell us we need to use creams and lotions to prevent sagging skin or worry-lines. Officials set out guidelines as to how we should approach old age and publications are rammed full of ways to prevent aging as if it were some sort of disease.

Those of us who are older are the lucky ones. You only have to think for a moment about those loved ones we have lost to be grateful for the here and now. Yet getting older is not easy. The path is strewn with obstacles and hurdles, many of which seem insurmountable some days. As we age, our health and body is not as it used to be. However, moping about it is not an option.

Every youthful "older" person I have met, shares a similar philosophy to mine and a positive outlook. These people have looked after their health, both physical and mental, in an effort to defy age but more importantly, they have maintained a healthy attitude towards getting older and many have a superb sense of humor.

Staying active and busy is a given. If you have not taken up a hobby or are not involved in a few activities then you should sign up immediately. There are many opportunities available and age should not prevent you from having some fun. What you require is an open mind and to think outside the box when considering your options. Try something unusual. Trust me when I say there are plenty of activities to attempt. Last year, I managed to coax my husband into off-roading over glaciers and we both wished we had tried it sooner although I think I might have more difficulty persuading him to take up volcano boarding.

I preach endlessly about activities and fun occupations to suit everyone, so I was extremely heartened when I auditioned to be a contestant on a televised quiz show, to discover that more than half the other applicants were over fifty and some were even in their seventies.

These people all keep their brains sharp by attending local quizzes, doing crosswords, or by watching and yelling answers at the quiz shows on television. All of the potential contestants I met, were excited by the prospect of giving their little grey cells a workout and far less concerned about actually appearing in front of cameras, or on national television, than the younger contestants.

They laughed, joked and relaxed with the members of the production team. They sat in huddles, chuckling, telling jokes and discussing all the other shows they had appeared on in the past. They were the most vociferous during the games we played, and they laughed the heartiest.

In short, they enjoyed themselves while the rest of the wannabe contestants chewed their nails and grimaced while trying to answer the written general knowledge questions.

By the end of a lengthy but fun-packed morning during which we played several games, including a hilarious version of "charades," I noted that all of the older applicants had swapped social media details and were planning to meet up at a later date.

There has been much in the press about keeping brains active by playing brain-training games but this activity seems to take it all one step further, combining learning with socializing. And, if you get onto the actual show, there's the chance you will be pampered and treated like a star for a day and you might even win big money.

As we left the building, one elderly lady asked her new friend if she was catching the bus home. 'Oh no, dear," she replied. I came on my own transport. Then she shouldered her handbag, leapt onto a boneshaker of a bicycle and waving a cheerful goodbye to us all, headed off into the Birmingham traffic.

If you have never thought of becoming a professional game show "hopeful," then have give it a whirl. Be warned though because it's highly addictive. Since that first attempt, I have been on two television shows, auditioned for a further two shows and now have lots of new friends on social media.