Whether Hillary is your candidate of choice or not, she deserves an enormous amount of credit for getting this far in attempting to break the mother of all glass ceilings. She's dealing with the many of the same challenges faced by every career woman who aspires to a leadership position. Chief among those challenges: walking the tightrope of acceptable behavior for a female leader. 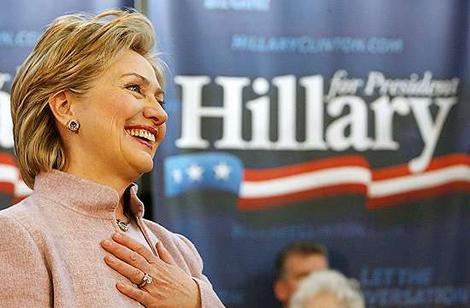 These two spheres of gender-appropriate behavior overlap in just a few areas: teamwork, delegating, creativity, coaching and developing others. For a women leader to be successful, she must confine herself to the androgynous behaviors that are acceptable for both genders.

If she exhibits too much feminine behavior, she's rejected as "too soft." If she errs on the side of masculine behavior, she's labeled as a "bitch," "ball-buster," or worse. It takes a unique woman to skillfully maintain just the right balance between yin and yang in order to be seen as an effective, successful leader.

Most women find this challenge exhausting at best -- impossible at worst. A female leader must watch her every step, for she works under constant scrutiny. The emotional/psychological price she pays is incredibly high.

And God forbid a woman should get the leadership job and fail! All women fail with her. When a man fails, he does so on his own. But when a woman fails, she represents her entire gender.

Whatever the outcome of Hillary's run for the presidency, American women and girls would do well to watch and learn from her. She's a living, breathing case study of the perils and possibilities of being a woman leader.

Is it possible that a woman might make a better President than a man? When asked that question, former Israeli Prime Minister Golda Meir's had the perfect answer: "Whether women are better than men, I cannot say -- but I can say they are certainly no worse." 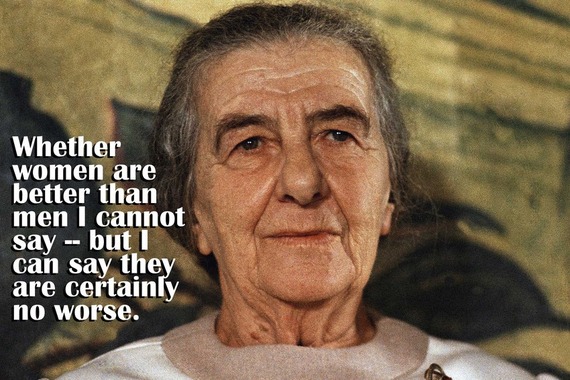 BJ Gallagher is a sociologist, workplace expert, and author of numerous books, including "Everything I Need to Know I Learned from Other Women" (Conari Press)