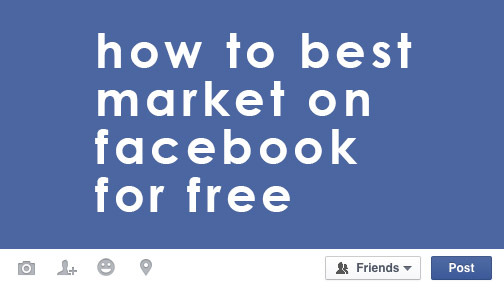 A dozen years into its remarkable run, Facebook continues to amaze. Once restricted to college kids for the primary uses of picking up girls, sharing political views and "poking" their friends, the social media platform is now available to people of all ages, all over the world.

While platforms like Twitter and Instagram have challenged its position as king of the social media jungle, Facebook remains the most popular social media platform by nearly every metric: 1.5 billion monthly active users, 968 million daily logins, 300 million photo uploads -- the list goes on and on.

All of these factors make Facebook a compelling platform for marketers. Despite relatively low click-through rates, companies of all sizes leverage Facebook's immense popularity to generate brand awareness. In 2015 alone, Facebook earned nearly $18 billion in revenue, a number that's risen every year since the company launched in 2004.

While Facebook ads are a shrewd buy for large businesses, that isn't always the case for smaller ones. Meager budgets force businesses to get creative with their marketing budgets, which is why Facebook's free membership is so attractive.

A personal login is all you need to give your brand a presence on the world's most popular social media platform. But while making a page can be done in a matter of minutes, getting people to find it -- and "Like" it -- is a far greater challenge.

Here are some tips for marketing on Facebook for free:

Start with your friends: The first step to marketing on Facebook is acquiring fans. These are the people who will be exposed to your messaging, and thus, the people you're most likely to convert into actual customers. Get the ball rolling by inviting your personal friends (via Facebook) to "Like" your page. Ask your friends and co-workers to do the same. This will help you establish a foundation of followers that you can build upon moving forward.

Build your brand identity: The "social" part of social media gets lost on some businesses. People don't visit Facebook to be harassed by overzealous brands; they come to engage and discover. This doesn't mean consumers won't connect -- nearly 1 billion people "Like" Coca-Cola alone! -- but instead of focusing on sales, focus on establishing your identity. This will help you connect with customers who share similar values and interests, which will in turn lead to business.

Content is still king: Post content that is relevant to your business but isn't overwhelmingly product-focused. From videos to images, mix up the type of content you share to broaden your audience. It's OK to work in some business-focused messages, but don't be too heavy-handed. Oreo straddles this line better than anyone. No wonder it has 42 million fans.

Incentivize fans: Even if you post the best content, some people will be reluctant to "Like" your business. Sometimes you need to give them an extra push, and one of the best ways to give one is by offering incentives. From exclusive coupons to sweepstakes entries, a small sacrifice can foster a lifetime of loyalty.

For more Facebook marketing tips and advice reach out to the Social Media Marketing team at Rebuild Nation.