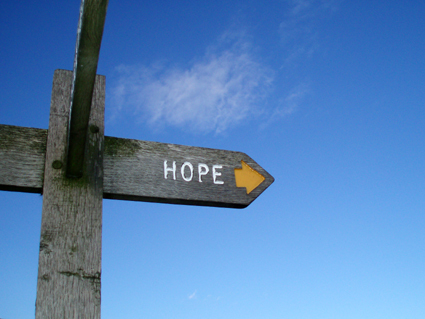 What do Malala Yousafzai's book I am Malala, Laura Hillenbrand's Unbroken, and Cheryl Strayed's Wild have in common? Yes, they have all been on the New York Times bestseller list forever, they have all been written by fabulous female writers, and are favorite books of mine and probably yours, but they are also all inspiring testimonies of posttraumatic growth.

Most people have heard of posttraumatic stress. Yet, beyond the medical community, few are aware of the evidence of posttraumatic growth. It may seem paradoxical to even put the words "trauma" and "growth" next to each other in one sentence. And yet, survivors and experts begin to focus increasingly on the possibility that we could use even the most harrowing experiences for a greater good in our own life and to impact the world.

It was the unstoppable grief over the death of her mother that propelled Cheryl Strayed to embark unprepared on a brutal 1,100-mile hike that eventually led her back to herself. It was when Olympic runner Louis Zamperini and his friends were hopelessly lost at sea that he vowed to remain "unbroken," determined "that no matter what happened to their bodies, their minds would stay under their control." It was the day when she got shot that inspired teenager Malala Yousafzai to renew her vow to fight for education: "The terrorists thought they would change my aims and stop my ambitions, but nothing changed in my life except this: weakness, fear and hopelessness died. Strength, power and courage were born."

When I first started the research for my new book Bouncing Forward: Transforming Bad Breaks into Breakthroughs, I thought these stories of posttraumatic growth were incredibly rare and reserved for exceptional heroes and sheroes. Now I know that they are everywhere. 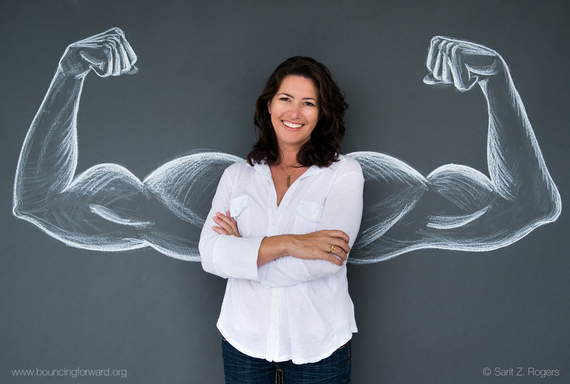 "We are stronger than we think"

Though Cheryl, Louis, and Malala surely exceed in courage, compassion, and wisdom, they are not made of a different fabric than you and me. According to psychologist Richard Tedeschi, posttraumatic growth's leading researcher, as many as ninety percent of survivors report at least one aspect of posttraumatic growth, such as a renewed appreciation for life or a deeper connection to their heart's purpose. This does not happen immediately or easily, and rarely by itself. We need to actively work towards positive change, and we need the right tools and support in order to transform a bad break into a breakthrough.

I have met amazing role models, from grieving mothers who channeled their pain into impactful activism against violence, to world class surfer Jesse Billauer who discovered that helping others was the best way to help himself after a surfing accident left him paralyzed.

Richard Tedeschi and Lawrence Calhoun at the University of North Carolina at Charlotte coined the term "posttraumatic growth." When I visited them on campus, I learned that they didn't invent a fancy theory and then try to prove it with studies; it was the other way around. They were consulting with trauma survivors, initially bereaved parents, then people who had lost the loves of their lives or were severely injured, cancer survivors, veterans, and prisoners. Again and again, people shared a perplexing insight: While they were not happy about what had happened to them, they felt they had learned valuable lessons from the experience and these lessons eventually changed their lives for the better. Of course they would prefer to have their loved ones back or their health restored, but they felt that rather than just survive, they thrived. They became better parents, better partners, and more compassionate friends; they discovered a new purpose in life.
Almost 90 percent of us ― almost everyone ― experiences at least one of more traumatic events in a lifetime, and there is no shame in getting pummeled by a devastating event. "What is revealed here is the dual nature of trauma: first, its destructive ability to rob victims of their capacity to live and enjoy life. The paradox of trauma is that it has both the power to destroy and the power to transform and resurrect," writes trauma therapist Peter Levine in An Unspoken Voice. "Whether trauma will be a cruel and punishing Gorgon, or a vehicle for soaring to the heights of transformation and mastery, depends upon how we approach it. Trauma is a fact of life. It does not, however, have to be a life sentence."

We obviously don't need suffering to find our calling, but it happens to be where we often discover it. Richard Tedeschi and Lawrence Calhoun have found that their clients report growth in five main areas: personal strength, deeper relationships with others, new perspectives on life, appreciation of life, and spirituality. "In brief, people's sense of themselves, their relationships with others and their philosophy of life changes," Tedeschi says. "Perhaps one of the most common growth experiences triggered by a major stressor is an increased appreciation of life."

Contrary to popular opinion, experiencing growth after trauma is far more common than PTSD. It is vital to look closely: While most people will suffer from posttraumatic stress in the aftermath of trauma, few will develop full-blown PTSD, and even of those, most will heal with therapy and time. "But it is important to make clear that not everybody experiences growth, and we are not implying that traumatic events are a good thing," Richard Tedeschi stresses. "They are not. In the wake of trauma, people become more aware of the futility in life and that unsettles some while it focuses others. This is the paradox of growth: people become more vulnerable, yet stronger."

The good only comes from what we decide to do with it ― from our struggle that unveils what needs to change in us and in our society, from honing our ability to make meaning out of events that seem senseless, from not trying to rebuild an exact replica of what was lost, but to engineer a stronger, sturdier foundation for our life.

A crisis is not a cul-de-sac, but rather a watershed moment. What we do next matters: advance or retreat, take a turn south or north, run or hide, crawl or fly. We can avert our eyes or dig deeper, try harder or grow softer, close down or break open.

From Buddha to Batman, from indigenous healers to the blockbuster magicians of Hollywood, the hero's emergence through trial and resurrection is among the oldest stories in history. "It is by going down into the abyss that we recover the treasures of life," renowned mythologist Joseph Campbell said. "Where you stumble, there lies your treasure."

The journey from victim to victor is never easy-breezy. Louis's, Cheryl's and Malala's stories let us in on how hard this path was for them: Louis sank into alcoholism and severe PTSD, Cheryl used drugs and sex as escape routes from the grief, and Malala had to face a brutal recovery to repair the damage the bullet had done to her brain, but eventually they turned their lives around, through hard work, compassion, the support of loved ones, and a lot of soul-searching. And they have inspired millions of readers to do the same.

The fundamental question is not whether we encounter suffering -- because we all do. "It is how we work with suffering so that it leads to awakening the heart and going beyond the habitual views and actions that perpetuate suffering," Buddhist teacher Pema Chodron says. "How do we actually use suffering so that it transforms our being and that of those with who we come in contact? How can we stop running from pain and reacting against it in ways that destroy us as well as others?"

As civil rights icon Maya Angelou told me when I got to speak to her about her childhood traumas months before her death, "Nothing will work unless you do."

Let's get to work.