When John Rampton was 10 years old, he was bit by the entrepreneurial bug. With a $100 loan from his mom, he stocked up on candy from his local Costco and then set up shop in his local neighborhood. "I could buy something for 10 cents and then sell it for 50 cents," he says of his first entrepreneurial venture. "I was making good money from a little pack of skittles."

Eventually, Rampton's candy franchise grew to the point where he opened several new locations, hiring his friends to act as sales managers. "I'd pay them a dollar a day and my friends were happy to have a job and be making money," he says. "I'd clear about $60 per month. I learned from an early age that you can buy things for cheap and if you can sell them for a little bit more, you can make a little bit of money off of it."

Today, Rampton is a well-known serial entrepreneur (he's launched four startups) who consults for Bay area upstarts while teaching entrepreneurship at The Academy of Art University in San Francisco. Rampton's success is incredible, particularly when looked at alongside survival rate statistics for new businesses. According to the Small Business Association, only half of new businesses will survive the first five years and only a third will make it past 10.

Given these sobering statistics, and as a small business owner myself, I was thrilled by the opportunity to chat with Rampton as part of my upcoming 10-day free Art of Mindful Wealth Summit. We discussed the traits successful entrepreneurs share and how they can be leveraged to build healthy businesses. If you're on a journey to get clear about your direction and build or grow a successful business, this is one list you won't want to miss. 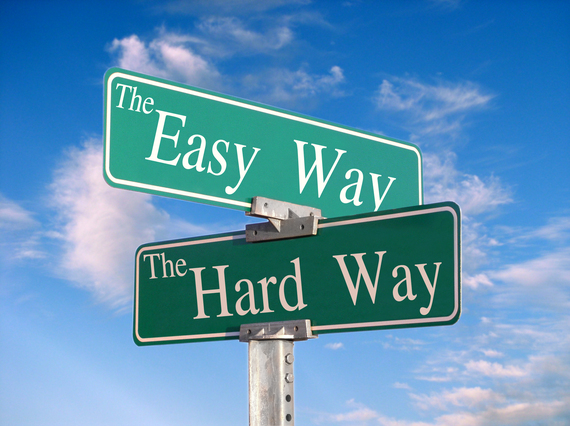 1. Have Extreme Internal Motivation
An entrepreneur has to be willing to face extreme hardship while they pursue their dream. They risk so much and grow and evolve in ways that corporate employees wouldn't understand unless they, too, ventured out on their own. Most people focus on their hobbies when they have downtime. Entrepreneurs, meanwhile, maintain focus on their business. Rampton defines a holiday as a work day when there's nothing that will get in the way of the work he has to get done that day.

2. Maintain a Bias Toward Action
As important as it is, motivation is only the first step. "There's only one percent of people who will go build it, who will go do it," says Rampton. A lot of people have big dreams but not enough of those people take action to build those dreams. "You can be the most motivated person in the world," says Rampton, "but you can't be just a say-er. Be a do-er."

3. Have a Willingness to Travel a Nonconventional Path
It can be difficult to take the first step toward launching your own business. Even so, once people get a taste for working for themselves, many find it hard to turn back. "Once you understand what it's like to build your own thing and feel the passion behind it, you know nothing else feels quite like it," says Rampton. Still, the leap comes with challenges not experienced by most corporate employees. Income can vary dramatically from month to month and business challenges like poorly performing employees, a rough economy, or a prototype that doesn't sell can have a dramatic affect on your trajectory. An entrepreneur has to be willing to accept those risks.

4. Find The Market Before Developing The Product
"One of the biggest mistakes I see around people starting a new company is that they don't validate their product," says Rampton. Many new entrepreneurs think they have the greatest idea but they don't take the time to vet their idea with a potential market before starting to build -- and that can be a costly mistake. Rampton gives an example of a business acquaintance who spent $350,000 building a new app and was disappointed when he only saw 50 downloads. Instead, Rampton suggests building low-end version of the product. Then, you can watch and see how the market responds. "You need to make sure people want what you're selling," he says. "If no one cares about it, no one will buy it." No matter how much you paid for the prototype.

5. Understand The Value of Time
Successful entrepreneurs know their time is worth more than money. "Time is limited but money is not," says Rampton. "You can never get time back -- even if you're charging a million dollars an hour. At the same time, the amount of money you can make is infinite. You can always make more of it. Keep time in mind and prioritize what's important in your life." Rampton turns off his phone and email while he's working, for example, so he works distraction free and finishes faster.

6. Prepare For Risk
Rampton built an emergency fund that covered two years of living expenses before he quit his day job. Running a business comes with ups and downs -- and they aren't often controllable by the entrepreneur. If you have partner or family, in particular, the risk of losing the house or not having enough cash month-to-month can be devastating. "I had a marital coach tell me once that if you have a year's worth of cash in the bank, sitting there, it will make your life ten times better," says Rampton. "In fact, it makes my relationship with my wife amazing."

For more advice from successful entrepreneurs like John Rampton, check out my free 10-day Art of Mindful Wealth Summit, available exclusively online, beginning January 26. I hope to see you there.

I'd love to learn what other traits and approaches you've used to in your business to achieve success. Please share your experiences in the comment box below.