Every entrepreneur knows that starting an enterprise software company is hard. Jason Lemkin, Managing Partner with Storm Ventures and founder of EchoSign (acquired by Adobe), shares his secrets for how to start and run a successful SaaS enterprise software company. Jason is also one of the most popular start-up bloggers in the world on his site called SaaStr. At Storm Ventures, Lemkin focuses exclusively on early-stage SaaS/enterprise start-ups and helping them scale. 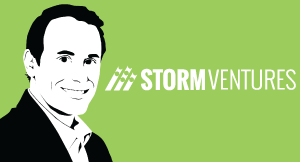 For both investors and entrepreneurs, the journey starts with an idea and a team. Selling into the enterprise requires a keen understanding of the product, market and organizational dynamics in the buyer's company. Lemkin shares his advice and best practices for start-ups on getting initial customers, ramping up the business and expanding the company. He also covers the unique attributes of enterprise software and makes concrete suggestions for SaaS entrepreneurs.

1. Start with a committed founding team - "Because it's so hard to get even 10 customers, and because it takes so much time and so many iterations, if the founding team is not sufficiently committed, you have almost 100% chance of failing," says Lemkin who adds that the initial founding team has to commit for 24 months to have any meaningful revenue. Looking back at the success of companies like TOPdesk, GuideSpark and Slack, it's important to remember that the seemingly overnight success in SaaS is often preceded by two to three years of desperately trying to get that first million in revenue. "If you can get to 10 unaffiliated customers, don't quit and make sure your founding team is willing to commit to 24 months to the first million in revenue, then you've got a shot," says Lemkin who adds, "It's not meant to be easy, it's supposed to be hard but what I can tell you is that all the great companies find a way to commit to 24 months to the first meaningful revenue in B2B."

If you don't have an A+ team, then fix it. You may have a set of founders why may individually be extremely talented, but if you don't have a great team that is going to go into battle together every single day for the next 24 months to get to initial traction, take a pause. "Don't launch, find a new founder, find a new something. Don't start something without a great founding team that's committed for 24 months or you're just setting yourself up to fail," says Lemkin.

3. Don't bring in the VP of Sales too early - A mistake that a lot of SaaS founders make is to bring in the VP of Sales too soon. Lemkin says that to bring them in right before the wheels are starting to turn never ever works. His advice is to start out with two or three trusted sales people who will be structurally sufficient to get you to that million/million and a half in revenue, which also will equal your "mini-brand", and if you are able to do all that, usually it's the perfect timing to bring in a VP, or senior director of sales to help take that mini-engine that's just starting to work and help run it faster.

"You want to bring in the VP of Sales when the wheels on this train or heavy steam engine are just starting to turn on the rails. VPs of Sales are not magicians and they don't create customers out of thin air. A VP of Sales cannot sell an unsellable product. If your product is unsellable, the VP of Sales will not solve that problem. A VP of Sales is a manager, a process manager and a recruiter." - Lemkin

4. Don't dismiss big customers as anomalies - If you're a first time SaaS founder, the most important thing Lemkin says is when you get one or two big customers, don't dismiss them. Looking back to his top 10 mistakes in his first year as a SaaS founder he shares, "When we closed our first couple of enterprise customers, some of the folks on the founding team thought they were anomalies. They didn't want to support them. Those aren't anomalies, those are the future. If you are in your first year as a paid product and you can get a Fortune 100 customer - that is the future.

So if you haven't sold to the enterprise before - to the true enterprise, big companies with business process change - and you get a five or six figure deal your first year, don't view it as a pain in the neck. Don't view it as a distraction. Don't view their future request as annoying. View it as a gift from heaven and as a chance to learn. By taking advantage of anything you can get, you can go up that value chain and transform from a tool into a solution." If on the other hand, you're out there for two years as a SaaS founder, and it's been 24 months and you haven't had a single big company customer or enterprise, maybe you'll never get one. Maybe that's not your product that you're leading, or you never will be a solution.

"To work your average SaaS business requires the whole sales team, customer success, product management, marketing, demand Gen. You need basically 50 people to make a SaaS company work. And if you think about what that costs, especially in California, it costs you 10 million a year, so you have got to get to that 10,000,000 to make viable business, and if you're at one million and you're not even growing 100% every year, I'm not sure that in 2015 you'll ever get there fast enough." - Lemkin

Start-ups should be adding headcount commensurate with that growth rate and seeing at least 60% of employee growth year-after-year. As an investor, Lemkin is looking for customers, at least in theory, who have a shot of going from one to 10 million ARR in five quarters or less, which really means once you hit one million in revenue, you have got to be growing at least 15% month -over-month.

6. Be transparent with the metrics - According to Lemkin, transparency is the norm in 2015. He says that a best-practice for every start-up should be regularly sharing the metrics every month with their investors, advisors or others. He has found that the longer it takes to report on the metrics usually correlates to a lower quality start-up. "The best start-ups that I have invested in or worked with get their monthly metrics out in whatever tool it takes, be it email, FAR Matrix or Excel."

7. Overinvest in customers - In the early stages, when you are trying to sell something to those 10 and 100 unaffiliated customers; it's got to be "all hustle and chutzpah" because no one's heard of you. Lemkin argues that as a CEO, as soon as you have even 100 customers, and have built a "mini-brand" you should spend at least half of your time with your existing customers, not with prospects. A mini-brand is not Coca-Cola or Salesforce, it's a brand just for your core customers that they would have heard about and then those customers start to get you more customers.

Lemkin advises CEOs get out of their chair, to go and visit their practicing customers wherever they are and to have user conferences because happy customers will get you more customers. "You can figure out everything else once you have a brand that people love and that people are paying for," says Lemkin.

8. Share the workload - Once you are into it for 24 months and you are at initial traction, if you don't have the perfect set of founders, go bring those people in. It's never too late to add an amazing person to the team to carry some of the load. Lemkin shares, "The CEO is the hardest job on the planet so if you don't have a co-founder that can carry the load with you, it's okay, you can find one or two amazing people on your management team that are almost what I call 'ex post facto' founders that care so much about the product and they will help you carry the load because you'll never make it otherwise."

You can watch the full interview with Jason Lemkin here. Please join me and Michael Krigsman every Friday at 3PM EST as we host CXOTalk - connecting with thought leaders and innovative executives who are pushing the boundaries within their companies and their fields.