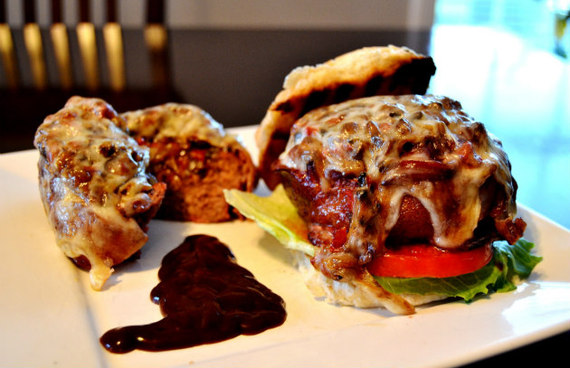 National Cheeseburger Day? Now that's a holiday we can really get behind. It would be almost un-American not to eat a cheeseburger today.

The practice of topping a burger with cheese became popular in the 1920s. So who first came up with the idea? Here are some competing claims:

Regardless of its origin, there's no denying the cheeseburger's allure. (Seventy-five percent of us eat at least one a week, reports the trade magazine Burger Business.) The biggest cheeseburger ever assembled--a Guinness world record holder at this writing--weighed 2,014 pounds. It was built by the Black Bear Casino in 2012 in Carlton, Minnesota, and contained 60 pounds of bacon, 50 pounds of sliced onions, 50 pounds of lettuce, and 40 pounds each of pickles and cheese. The patty itself was 10 feet in diameter and had to be flipped with a crane.

While a classic cheeseburger usually features a thin slice of cheese melted on top of a sizzling beef patty, there are many other ways to marry meat and cheese: