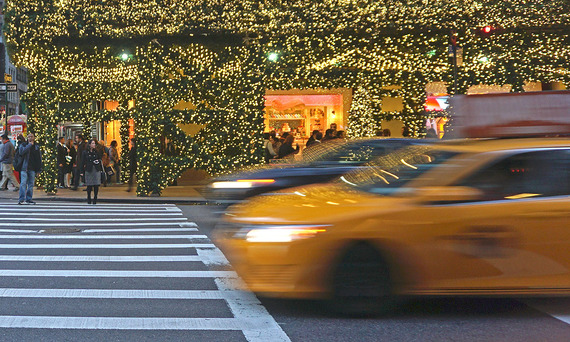 Navigating New York City has become a different beast in recent years--with the advent of Citibikes and Uber, all of a sudden options for getting from point A to point B have multiplied, especially in the outer boroughs.

And then, of course, Uber competitors have cropped up, and the taxi industry finally got the hint that it was time to innovate, meaning that now there are more apps to choose from than ever. Here's our guide to the best apps for getting aroun the Big Apple...

Way2Ride
This app hails yellow taxis (or the newer green ones), which then show up at your location and wait up to four minutes for you to get in. This is my app of choice, far more reliable than Uber and there's none of the dreaded surge pricing nonsense, which means that when it's raining during rush hour, you won't spend your monthly rent getting to your destination. One driver told me that drivers get charged $10 for canceling a ride once they've accepted it, which would explain the reliability. I've had only positive experiences with Way2Ride. One caveat: I live in a fairly busy part of Brooklyn, but it seems reasonable that once you get to the more remote corners of the city, fewer taxis would be around to answer the app's call.

Uber
Sure, Uber is the one that started it all, but it's also the one known for its lack of respect for both customers and its drivers. In my experience, an Uber ride more often than not costs more than a cab covering the same route, and it always seems like when you need one the most, prices are surging out of control. Also, Uber drivers can cancel rides at will, while riders can get charged for doing so. It's been months since I've chosen Uber over Way2Ride, and I don't plan on going back.

To read about more NYC ride-hailing options, head over to Flung Magazine.