Planning a wedding often means dealing with a seemingly endless list of over-the-top choices, from the shape of the ice sculpture to whether or not your college roommate's plus-one deserves a spot on the guest list. Save up all that decision-making energy and channel it into the one choice that may count the most: where to go on your honeymoon. 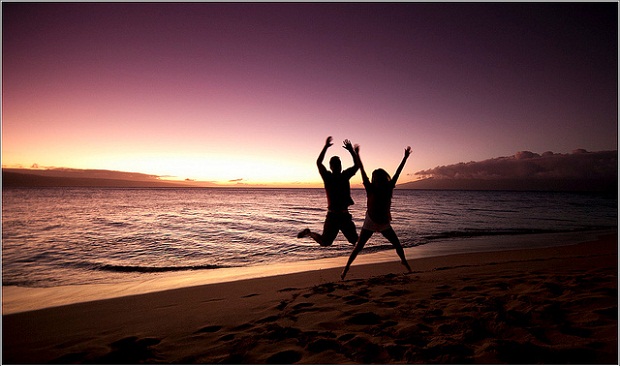 But before you peruse photos of rose-petal-strewn bedspreads and steamy couples massages, take time to consider exactly how you imagine your early days of newlywed bliss. Are you looking for an urban escape with plenty of romantic sites and quaint coffee shops? Do you prefer an active getaway packed with outdoor adventures? Or does your dream vacation include expansive beaches and plenty of sunbathing? While some destinations can satisfy much of this criteria, knowing which factors you and your partner value most will help pare down your search.

Using an unbiased methodology that takes into account both expert opinions and traveler sentiments, our editors have determined what newlyweds seek most in their first post-nuptial getaway. We found that, according to many of our readers, time in the sand and sun takes the cake.

It's no wonder, then, that the turquoise waters and black sand beaches of Santorini helped the crescent-shaped island capture the No. 1 spot on our overall list of the Best Honeymoon Destinations for the second year in a row. The island provides a picturesque backdrop for embracing the euphoria of fresh matrimony, making it easy to see why it earned an 83 percent voter-approval rating. Maui and Kauai hold the second and third slots on our best honeymoons list, while another Greek isle, Crete, ranks fourth. With several other luxurious beachfront destinations including Martinique, Bora Bora and the Maldives high on the list, it's clear our readers value post-wedding R&R. 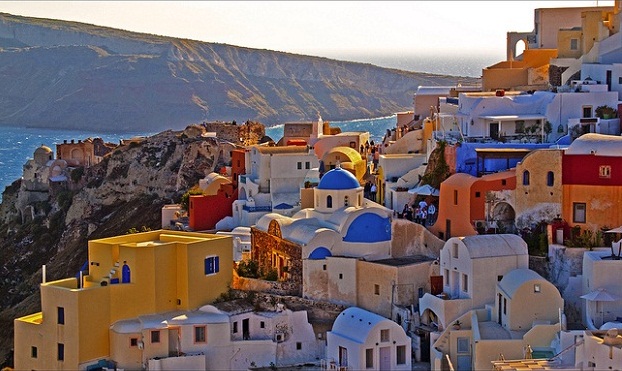 However, the appeal of city life is not lost on honeymoon travelers: Venice and Florence held onto the fifth and sixth spots on our Best Honeymoon Destinations rankings. Florence -- with its Tuscan dining and idyllic sunsets -- overtook Venice on the overall list, earning the No. 1 spot on our list of Best Romantic European Getaways.

Despite the romantic allures of Italy, Tuscany couldn't rival other European fan favorites. Tuscany nabbed the fifth place, while Venice stole sixth place and Sicily took seventh place on our Best Honeymoon Destinations in Europe rankings. Neither the enchantment nor glamour of Paris (which claimed fourth place) can compete with the onyx-tinged shores and white-washed architecture of the Greek islands. Crete nabbed the No. 1 spot on the Best European Honeymoons list, followed by Santorini, then Corfu -- reader support for all three Greek destinations remains strong, with approval ratings ranging from 85 to 87 percent.

U.S. News Travel also ranked destinations in the Caribbean, another popular region for newlyweds. Travelers favor Anguilla as the top go-to spot, likely for its extravagant spas and laidback vibes. Martinique remains a close second thanks to its diverse attractions and French-influenced culture. Newcomers to the list include St. Kitts & Nevis, in seventh place, and Barbados, with its debut appearance in ninth place.

For lovebirds looking to reduce time spent en route and minimize extra costs (after all, domestic airfare is likely to be cheaper), U.S. News Travel ranked the best honeymoon destinations across the U.S. On our Best U.S. Honeymoons list, Hawaii swept the top spots with the islands of Maui, Kauai and Lanai ranking first, second and third, respectively. With crystal blue seas and alabaster beaches, the U.S. Virgin Islands moved up one place from its 2012-2013 ranking to fourth place. But just as our voters value inland honeymoon destinations on a worldwide scale, city destinations also make prominent appearances on our U.S. destinations list. Charleston, S.C., and Savannah, Ga., known for their historic mansions and southern charm, took the fifth and 12th spots, respectively. Charleston also ranks No. 1 on U.S. News Travel's Best Affordable Honeymoons in the U.S. list, overtaking last year's winner, Cape Cod, Mass.

Although we've ranked the best honeymoon destinations worldwide and by region, the destinations that came out on top are not necessarily the best spots for you and your new spouse. Before committing to a location, keep some essential tips in mind. First, remember to check the destination's weather patterns -- hurricanes and rainy seasons can cloud your beachfront vision. If that honeymoon vision includes private helicopter rides or rigorous hiking tours, make sure your chosen destination offers all the must-dos you've imagined. And if you're on a tight budget, take a look at our list of the Best Affordable Honeymoons in the U.S. and in Europe.

Where is your ideal honeymoon spot? Vote for your perfect newlywed getaway -- and other U.S. News Travel rankings -- here.