The Formosa Café's dim lighting made everything seem much more profound than the mundane reality of a Tuesday night. Beneath the glow of a vintage lamp, I picked at the Brussels sprouts on the plate in front of me. Only the angelic yet artery-clogging embrace of bacon grease redeemed the bitter vegetables, so I made a point to keep my greens-to-fat ratio a deplorable 1:2 with every forkful.

"Get off your phone, will you?" I teased the woman sitting on the other side of the table. Though my mouthful of caloric splendor made speaking clumsy, I attempted my best stern adult voice.

My quip went unnoticed and evaporated somewhere among the dusty Hollywood memorabilia cluttering the restaurant's walls. Corny glanced up, smoothed down her unruly hair distractedly, and motioned with the hand clutching her Blackberry. "Just got a text from Cheryll asking about the time I climbed Kilimanjaro."

"Didn't plan it out right, and got too sick to summit." Regret, a rare sight on my aunt's face, could be seen in the creases around her eyes. A heartbeat later, the spark had returned. "I was exactly your age, actually. Would you ever do it?"

There was a pause, one laced with surprise and somehow stretched by our anachronistic surroundings. Unexpectedly, a deluge of bleak thoughts flooded my consciousness. The semester was already shaping up to be a tough one, and under the weight of my classes and the repetition of day-to-day tasks, I found myself trapped in a pattern of mediocrity. For a moment, I let myself wallow in the discomfort that these thoughts engendered. No one wants to admit to his or her being average, but mine stood clearly before me. The notion stung.

But the waters of self-pity drained away as suddenly as they had appeared. This was my chance to make things right.

"Kilimanjaro." The five syllables were bulky and unfamiliar, but slinked off of my tongue as if eager to escape my oily lips. I abruptly leaned over the table and grabbed Corny's hands. "Let's do it. I think this is what I need right now."

For a moment we stewed in the silence, and I braced myself for a derisive laugh. Instead, a wide grin spread over my aunt's face, etching merry lines through the visage I know so well. I forgot I was sitting with the most audacious woman in all of Los Angeles. 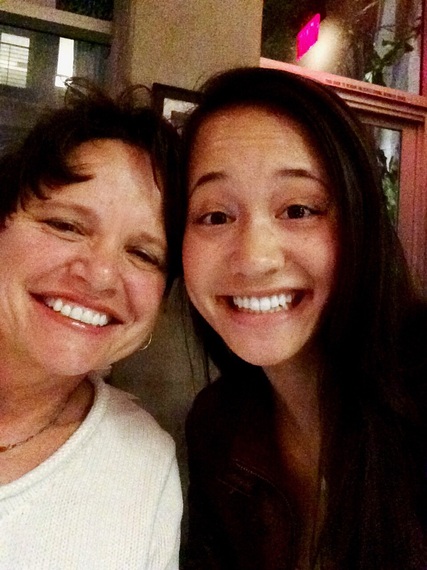 This is the first in a series of posts that will illustrate my attempt to summit the tallest free-standing mountain in the world, with my closest friend by my side.