Ever wonder how to get your event hashtag to trend? Here's a story of an event that went viral in a few hours... 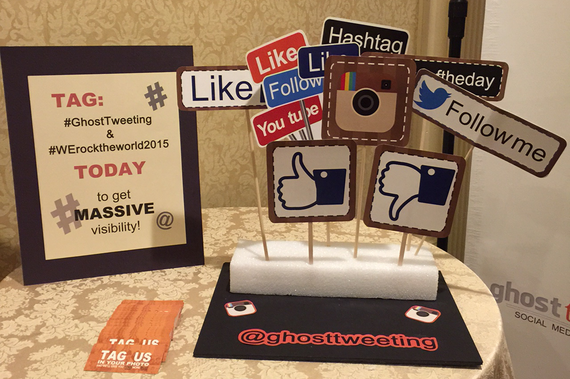 As the host of the Social Media Lounge at Rock the World 2015 - an annual event that brings together hundreds of motivated entrepreneurs and some of the world's most influential women, Ghost Tweeting led the charge to build buzz and visibility on social media. By noon, the event hashtag was trending in NY on Twitter and Instagram. Read on to see how it happened, and learn what you can do to increase your odds of going viral at your next event.

Choosing a unique hashtag
When deciding on a hashtag for your event, make sure it is appropriate, memorable, and unique. The first hashtag proposed for Rock the World was #RTW15 - but it was soon discovered that people were using this hashtag for another purpose, and that would confuse and dilute our efforts. So a new one had to be used. The final choice was #WErocktheworld2015 - which is admittedly a bit long, but it provided clarity and allowed us to take ownership of the hashtag. Plus it had several meanings (WE rock the world, Women Entrepreneurs rock the world).

Getting the word out
Weeks before the event, attendees, vendors and sponsors were encouraged to use the hashtag and share others' posts. This was strengthened with a private Facebook group for attendees, where sample posts appeared for members to share. Whenever someone posted using the hashtag, it was retweeted and shared by the event team, increasing the reach of each post by tens of thousands, and further motivating everyone to keep up their efforts. 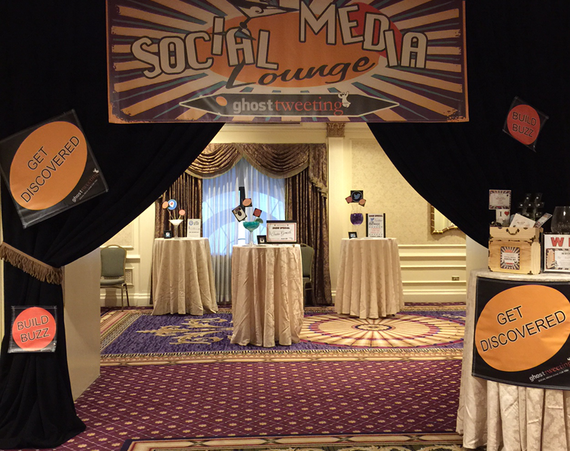 Lights, Camera, Action: The day of the event

Recognition with a *Big Board*
Everyone loves to be recognized. Streaming the twitter feed on a large screen at the front of the room is a great way to encourage people to use your hashtag. Seeing their name and tweet go by is exciting and motivating.

Incentivize!
How can you reward people for using your hashtag? At the beginning of this event, we announced to the attendees that every time they used the hashtag on Twitter, not only would their post show on the big screen for the whole room to see, but Ghost Tweeting and the event team in our Social Media Lounge would be retweeting, extending their reach by more than 100,000 accounts.

Have a team
To really spread your message - especially at a large event, you need manpower (at this event, it was all woman-power!). Ghost Tweeting had two of our top account managers dedicated to retweeting and re-sharing Instagram posts throughout the day on four different accounts.

Updates
Simply mentioning the hashtag at the beginning of the event is not enough. At each break and during every announcement, the hashtag was repeated, and attendees were further encouraged to keep up the momentum.

The news comes in!
As soon as we got word that we were trending in NY on Twitter, it was announced on the main stage. This exciting news motivated attendees to do even more, and within another hour, we were trending on Instagram as well.

You can read more information on building buzz for your events at the Ghost Tweeting blog.