By the time you feel that first sting, it's already too late. If you find yourself a tearful mess every time you cut an onion, this chef's simple technique should do just the trick.

Ramone Dickerson, one half of the South Carolina duo known for creating the world's first stuffed chicken wing, has been working in restaurants his entire life. In the above video from his reality series "2 Fat 2 Fly," Dickerson demonstrates how to chop an onion without shedding a tear.

The most important thing, he says, is to avoid cutting one specific part of the onion. "Whenever you slice an onion, you always want to keep the root intact," Dickerson says.

While the top of the onion (called the bloom) is harmless, the bottom of an onion contains sulfur. "The sulfur comes out of the onion and mixes with the oxygen in your eyes and creates sulfuric acid, and that's why we cry," he says. "So you want to keep that intact as much as possible."

After cutting the onion in half and chopping off the bloom, Dickerson follows the "ribs" of the onion, cutting straight down. The width of your slices will determine the size of your dice –- thin will yield a finer mince, while thick slices will be a heartier dice. 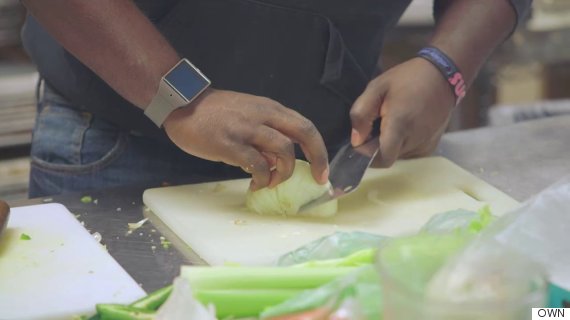 After slicing all the way around, the onion should still be in tact because you haven't touched the root. "While this is being held together, I'm just going to go straight down the front and dice these onions. And as you can see, they are just falling into perfect little squares," Dickerson says. 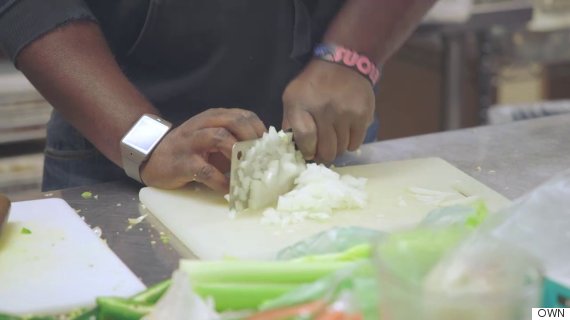 Not only is this the pro way to cut an onion, it's also painless. "Notice my eyes are clear and beautiful and I'm not crying," Dickerson says. "Why? Because I kept that root intact. And that, my friends, is how you own an onion."

19 Foods We've Been Eating All Wrong