Despite all the disgust with pharmaceutical price gouging and the public shaming of CEOs like Heather Bresch of EpiPen infamy and "pharma bro" Martin Shkreli, we've yet to see any concrete steps to actually cut drug prices.

Now California voters can take matters, and their health, into their own hands - and set a national model by passing Proposition 61 in November. 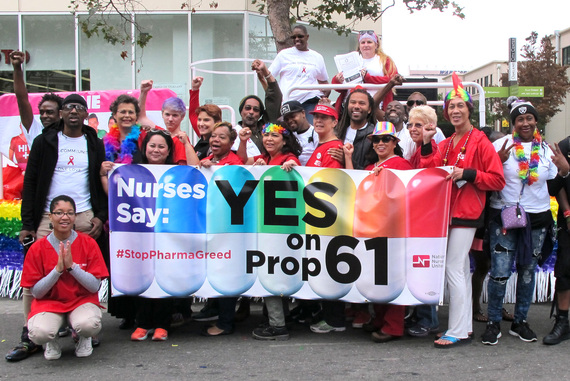 Writing for the industry website PharmExec.com Tom Norton branded California "Ground Zero" for their perennial war to protect their windfall profits. The initiative, he frets, "would establish an incredibly deep, mandatory discount ... for the public purchase of prescription drugs in America's largest state."

That could happen through a simple approach taken by Prop. 61 - adapting a price cut to the one public agency that has full federal authority to demand lower prices, the Department of Veteran Affairs.

Prop. 61 would direct California to pay no more for medications for patients it covers through state health programs than the prices paid by the DVA, which could cut prices for those patients by up to 40 percent - and save the state billions of dollars in drug purchases.

To head off that nightmare for the drug profiteers, the industry is pouring money up to $100 million into California to flood the airways and social media with a misleading campaign of deceit and scare tactics.

At the heart of the fear mongering, and their brass knuckles campaign, is a threat that drug prices for veterans will jump if Prop. 61 passes.

Except for one fact. Federal law requires substantial discounts in drugs sold to the VA, and the drug companies will not be able to increase out of pocket costs for veterans no matter how much they try to retaliate for Prop. 61.

"People need to see beyond the deception of those saying it will hurt veterans, it won't," says Iraq war veteran Steve Dunwoody.

What the pharmaceutical industry and those held in its thrall refuse to acknowledge is the crisis that nurses and patients see every day as a result of skyrocketing drug prices.

Families who say they can't afford the co-pays for the medications their children need to continue treatment for illnesses like leukemia and face becoming homeless or giving up other basic necessities to care for their child. While the price of a drug like Gleevac, for leukemia patients, has shot up from $26,400 for an annual treatment regimen in 2001 to $120,000 today.

Diabetic patients admitted to the hospital with elevated blood glucose levels because they couldn't fill their medications while insulin prices have doubled and tripled in price. A diabetic who rations insulin can suffer organ damage, blindness, loss of limbs, heart attacks or strokes.

Coronary patients with heart stents who can't afford the follow up drugs to prevent blood clots in the new stent who come back to the ER with chest pain, if they don't die from a heart attack or stroke before getting back to the hospital.

Opponents of Prop. 61 suggest waiting until lawmakers in Washington or Sacramento set limits on the drug pirates. We might as well wait until the sun sets in the east.

Congress has repeatedly blocked legislation to permit Medicare to negotiate bulk discounts, the way virtually every other country uses the power of government to curb the price gouging, or to allow patients to buy cheaper drugs from Canada.

Why are our elected leaders unwilling to act?

The drug giants are also lavish spenders in elections. Since 1990, it has handed out $340 million in campaign cash to candidates for Congress.

In California, even with substantial Democratic majorities, pharmaceutical lobbyists successfully buried two bills this year, SB 1010 and AB 463, both of which would have just provided more transparency on charges without even cutting prices.

Big Pharma spends big in California to intimidate lawmakers as well, $75 million on lobbying and $17 million on contributions for candidates to state offices since 2000.

The result of all this influence peddling has been a green light for the industry to charge whatever it wants. Since 2008, the price of brand name drugs has risen by 164 percent.

Everyone has heard of EpiPen, with its 500 percent increase for a two pack of a longtime family staple to deliver epinephrine to block potentially fatal allergeic reactions to peanuts, shellfish or bee stings.

But EpiPen is hardly an outlier. 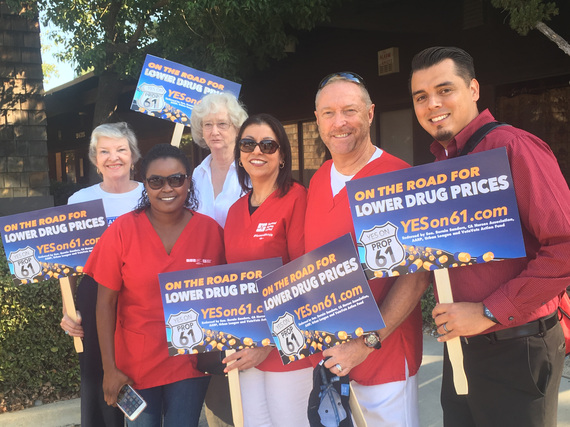 One of the most notorious is Sovaldi, the breakthrough drug for people struggling with hepatitis C. But maker Gilead charges $1,000 a pill or $84,000 for a 12-week treatment course, so much that it has threatened to bankrupt public programs which now commonly ration the drug.

Those who don't get Sovaldi "can die some of the worse deaths I've ever seen," New Mexico nurse practitioner Laura Bush told The Atlantic last September.

Today one in 10 Americans, according to the Centers for Disease Control, don't take their prescribed medications, while the world's top 50 drug companies made $1.6 trillion in profits the past 20 years.

If you think all that wealth is being put back into developing cures for cancer or vaccines for the latest epidemics, think again.

Nearly all drug companies spend more, usually far more, on marketing than research, much of it funded by taxpayers and conducted at public universities.

Consider the current race to find a vaccine for the Zika virus. The biggest obstacle is how much profits Big Pharma can make from a vaccine. The French firm Sanofi SA jumped in, but only after getting $43 million in funding from the U.S. government, aka us taxpayers. Did Sanofi really need the help? It made $4.6 billion in profits in 2015 alone, and $83 billion in profits the past 20 years.

It doesn't have to be this way. In Egypt Gilead sells the Sovaldi for just $900 for the same 12-weeks of care for which it charges $84,000 in the U.S. Overall, prices for the world's top 20 selling meds are three times higher in the U.S. than in Britain, six times higher than in Brazil.

The Big Pharma drug cartel, which would make a credible stand-in for the next season of Netflix' show "Narcos," certainly knows what's at stake.

"Adoption of VA pricing by the State of California," Norton warns in PharmExec.com, "would be a pricing disaster for the entire U.S. drug industry" and "would shake the rafters of every single public state drug program in the nation."

Good. Let's stop rewarding the arrogance of this out of control industry.