When I first saw Joanna Angel, she was signing a revealing photo of herself for a shaky bald man named Ryan.

Angel was at her booth at the Adult Entertainment Expo in Vegas, wearing a getup of lace, stripes and metal, and sporting a splash of red in her jet-black hair. She was beautiful.

Approaching her table, I got nervous. The blood rushed to my head. I was about to ask Joanna Angel on a date. Would she say yes? If so, would she appreciate that I'd planned a hot night out at the KISS-themed mini golf joint across the street from our hotel? Would I get a hole-in-one?

I think I wooed her with my opening line: "Joanna, I would love it if you would accompany me to fill 18 holes with balls that I will provide." She agreed! 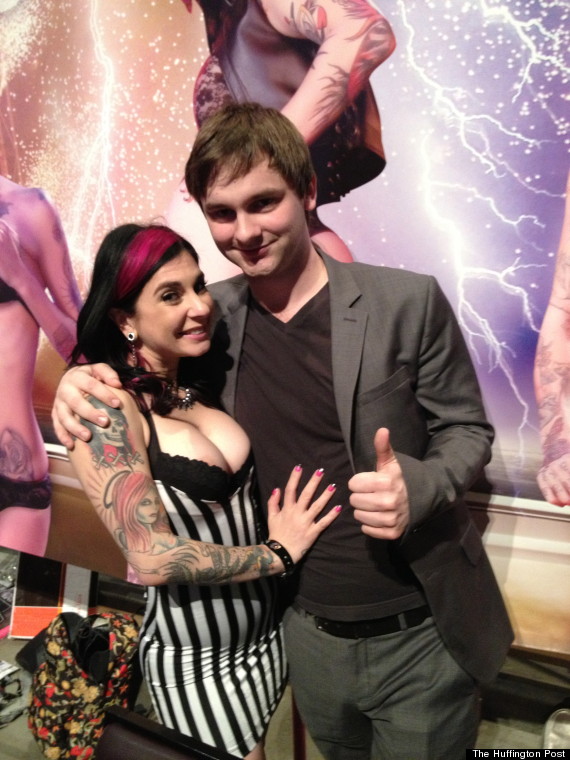 OK, maybe she knew I was an editor at the Huffington Post who'd come to Las Vegas to cover the Adult Entertainment Expo, and that I was trying to get a good story. It's possible she was using me for a little publicity (I like to think not!).

I didn't tell her that our meeting would be half-business, half-pleasure (for me, anyway). I wanted to document the date so that you, my beloved readers, would have a better chance at scoring that goodnight kiss should you ever date an adult entertainer.

Angel slipped out of her stripes and into something more comfortable: a pair of high-heels she called her "Vegas Sneakers," a pretty black skirt and a peacoat. On the short walk to KISS Mini Golf, I had a million questions for her. The 32-year-old former Rutgers student has dated in and out of the adult industry -- full disclosure, her last 6-year relationship was with James Deen, and now look who she's on a date with! -- but she had some tips for those "civilians" trying to impress a sex goddess.

I could see a connection growing between us rather quickly. I asked her about her ideal first date. 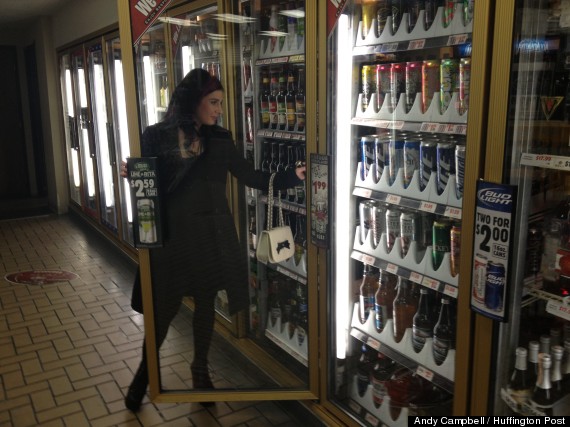 That was a cue that we needed to start drinking, so I took her to a posh corner store for some road beers. After a smoke and a liquid appetizer by way of a brown bag, we waltzed into the mini golf house, my dignity still in check.

As we reached the 18th hole, the civilian in me wondered whether it was time to put on the moves. I asked her if non-stars expect sex on the first date.

"Guys expect sex, even before you get in the car to leave on the date," she said. "I don't f--k on the first date, but I do give [name of sex act deleted], because I need to test the waters."

I was OK with that answer. Alas, just when I thought the night wouldn't be coming too quickly to a close, this happened:

That said, Angel had fun, and even tweeted about our hot date on Friday morning: 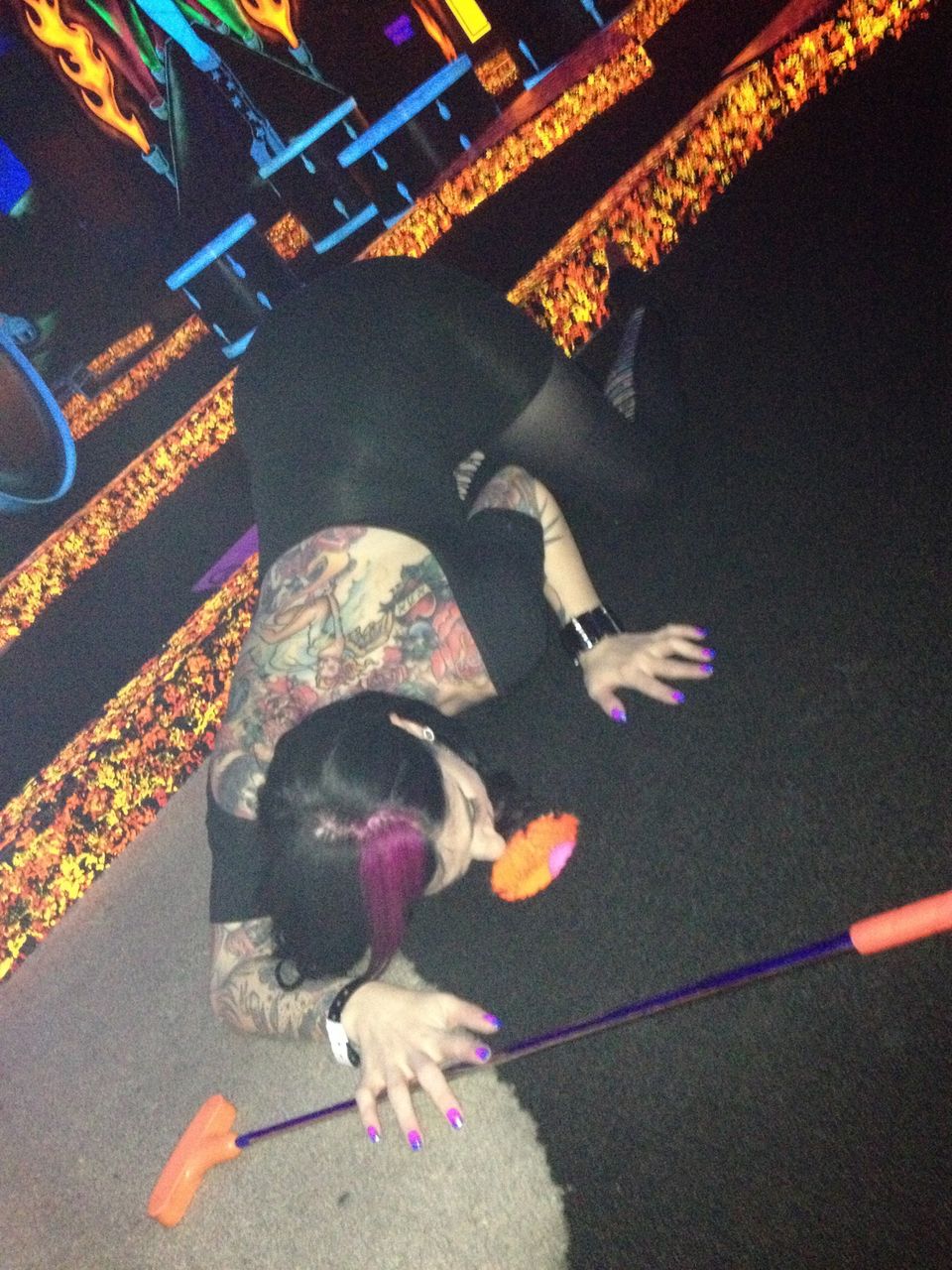 1 / 18
Is It In There?
Joanna Angel looks for the ball.
Andy Campbell / Huffington Post