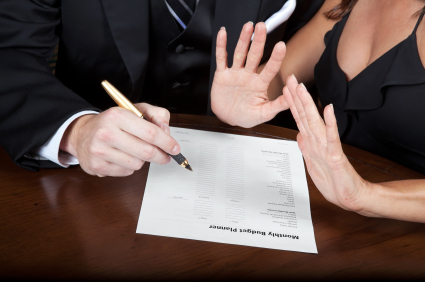 Are you considering hiring a divorce lawyer to guide you through divorce? January through March is typically the very busiest time for divorce lawyers when it comes to taking on new clients and starting them through the legal process.

Although most people remember to ask a divorce lawyer how much they charge per hour and how much experience they have with divorce cases, there is something even more critical that you should find out as early as possible:

Does this divorce lawyer really have enough time for me?

Will your divorce lawyer return your calls the same day themselves or will office support staff be assigned to handle them instead? Will your attorney read and respond directly to your emails?

You deserve to know, especially since so many divorces drag on between one to two years as they slowly slog their way through the overcrowded court system. When court dates are scheduled 4 to 6 months apart each time and any missing paperwork or last minute cancellations by the clients, attorneys or judge can set your timeline back further.

The ability to communicate in a timely and responsive way back and forth with your divorce lawyer is critical. When communication breaks down or is dealt with too late, both clients and their attorneys experience a great deal of frustration and anger that leads to further problems and often more time and expenses as well.

As Cool Hand Luke discovered the hard way, "What we got here...is failure to communicate."

When I was going through my own tidal wave of divorce, having my divorce attorney's cell phone number often provided a much needed lifeline when my emotional sanity was hanging by a fraying thread. Dealing with missing money, ongoing threats and parenting time disagreements did not just happen on week days between 9 and 5. Holidays and weekends were prime times for these nerve-wracking situations to surface and raw emotions took center stage. Sometimes when my patience was at its lowest point, a quick return call from my divorce lawyer made a significant difference in how quickly these frustrating and anger-charged money or parenting situations were resolved.

Following my divorce, I became a paralegal through a law school program and learned many of the ins and outs of the legal world. While working as a paralegal for several divorce attorneys, I saw firsthand how often each of them zigzagged in and out each week day, leaving a bare bones office staff to deal with urgent phone messages, flurries of emails and over-stuffed client files filled with critical evidence and legal motions that were time sensitive.

Where were the lawyers when all this was going on? Since divorces are usually filed in the county courts based on where each client lives or works, the lawyers I worked for handled divorces within a six county range in and around Columbus, Ohio so they were usually either in a court room between 9 and 5 or in their car driving to another county court house to represent another client. And if a case did not settle and went to trial, a trial could go on for several days, pushing their hectic schedules back further.

When the recession fully took hold in 2008, many lawyers cut back even more on their number of employees, anticipating a decrease in the number of new clients who were able to pay their fees for divorce.

This shortage in legal staffing will soon cause even more headaches for both current and future clients.

"Not only did the ranks of the legal profession diminish by 4 percent from 2007 to 2011, but hiring is still sluggish, according to the Bureau of Labor Statistics. And lawyers may soon have even less time for each client, because some experts expect the divorce rate to spike in the near future. If the economy continues to rebound, those who put their divorces on hold during the recession -- an estimated 38 percent of currently married Americans -- may now go through with them, says W. Bradford Wilcox, director of the National Marriage Project."

What can you do to prevent this failure to communicate from happening to you?

• Get communication procedures in writing from the lawyer before paying their retainer
• When contacting your lawyer, be specific and stick to the facts of what is going on so that they can help you more quickly
• Ask up-front to find out exactly who will respond to your calls, emails and office visits and how much staff support is available for their number of current clients
• Choose a divorce lawyer who you align with well on a gut level so that you'll have a better chance of communicating effectively
• Ask around in your community to find former clients so you can ask them directly about how quickly the attorney responded to their needs
• Find out if the divorce lawyer will give you their cell phone number in case of emergencies and what specifically is considered an emergency

Going through separation and divorce is hard enough. Be sure that the money you are paying in goes to a divorce lawyer who won't take 3 days to respond to your important phone call.