By 2022, the U.S. will need more than nine million professionals in science, technology, engineering and math. But last year, there were eleven states where not a single African-American student took the Advanced Placement exam in computer science -- and fewer than twenty percent of all test takers were female.

Gender and ethnic inequality in tech is, by now, well documented. The question is what can we do about it?

Last month, I had a chance to meet the next generation of tech superstars at The White House Science Fair, a gathering of America's brightest young minds and a demonstration that there's nothing inevitable about tech's diversity crisis. These students had made important discoveries in cybersecurity and cancer research. They had won regional and national competitions with lofty affiliations: Intel Science Talent Search, FIRST Robotics Competition and the Google Science Fair. 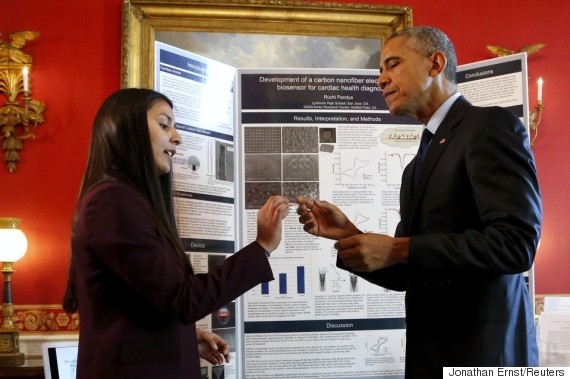 Among this crowd, Ruchi Pandya, a senior at Lynbrook High School in San Jose, was typically extraordinary. She shook my hand, her palms a little sweaty from what had already been a long morning of presentations, and told me what she'd just invented: "This is a nanotechnology-based biosensor for cardiac health diagnostics."

Essentially, her design would detect your risk for heart failure with a single drop of blood, much like diabetics can now test their blood sugar. "This device is 250 times more sensitive than what's conventionally used," Ruchi said. "That means we can detect both acute and chronic cardiac illness."

For a country famously lagging in math and science, how did we produce students like these -- and how can we produce more of them? I found two key themes in the many dozens of well-rehearsed presentations:

1. For young people, science is not just inherently interesting. It's a tool to solve the world's most important problems. I was struck by how much innovation at The White House Science Fair was grounded in empathy. There was Lily Born, only eleven years old, who created the Kangaroo Cup because she saw her grandfather struggling with Parkinson's. Her design would help people with muscular control issues to not spill their coffee. And there was Harry Paul, now a freshman at Tufts University. As a child, Harry suffered through a dozen spinal surgeries due to congenital scoliosis. He designed a new type of spinal implant that expands with a young person's growing spine, reducing by half the number of surgeries someone with his condition would need.

2. Young scientists need mentors. As much as anything else, what separates students like Ruchi Pandya and Harry Paul is not what happens during the traditional school day, but who they spend time with afterward. Behind every future tech entrepreneur is a mentor. Ruchi, for example, attended Lynbrook High School, which has an afterschool science program notorious for producing Intel Science Talent Search winners. She also had mentors at NASA's Ames Research Center to help guide her project. 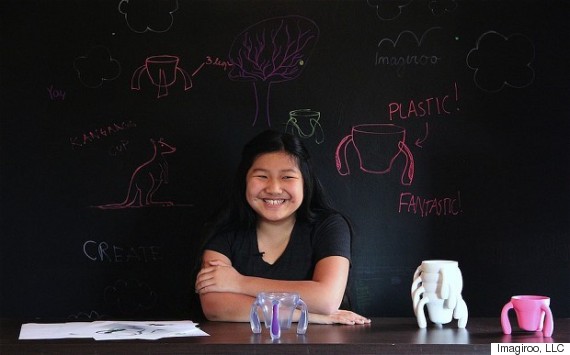 Learning what works for students at The White House Science Fair provides a blueprint for educating an entire generation of science and tech wunderkinds: We need to provide hands-on math and science education in a way that makes real-world connections. As the President said: "There are huge challenges that we have to solve in how we develop clean energy, how we clean up our environment, and how we solve crippling diseases like Parkinson's or Alzheimer's. And when we give students the inspiration.. they rise to the challenge."

We also need to step up in our own communities. In addition to showcasing students, the 2015 White House Science Fair was an opportunity to announce new commitments by leaders of the STEM mentoring movement. Various organizations have partnered with us to sponsor various initiatives on STEM mentoring, including the STEM Mentoring Awards, a platform to build recognition for STEM mentoring as an important tool in education reform.

The country's STEM workforce remains three-quarters male and overwhelmingly (85%) white and Asian. Addressing this diversity gap is not only a social justice issue, but an economic imperative.

To get more girls and boys engaged in science, technology, engineering and math, we must reimagine the school day. We must find mentorship opportunities in our own communities and invest in programs that connect low-income and underrepresented students with professionals in STEM -- because what is the likelihood that a young person will become an engineer if she's never met one?

US2020 is a partner of Cisco CSR. Cisco sponsors The Huffington Post's ImpactX section.