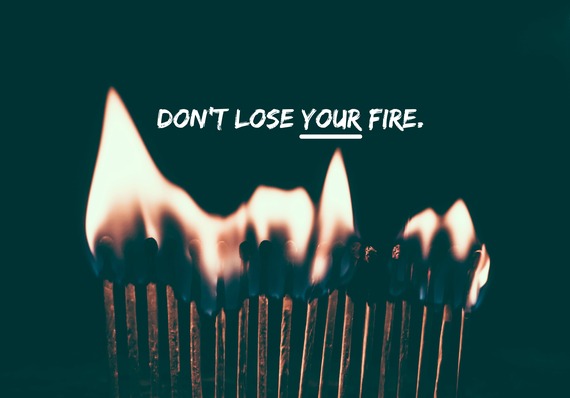 This past October, I received the news from my literary agent that the novel I'd been laboring over and believed was finished, needed more work before she could take it out to market.

It was hard enough to accept this judgment, let alone share my disappointment with anyone--particularly my readers, in spite of the fact they've always remained remarkably loyal. Perhaps I was simply embarrassed to admit it. After all, I had made a few declarations that the manuscript was complete, and that I was on my way to finding a publisher.

The process of writing this book had already been somewhat painstaking, beginning back in October of 2015, when--after two years of writing--I received the advice of an established writer and editor: pitch the first 350 pages and begin again. After much contemplation, I decided to follow her suggestion.

That brings me to October 2016, a year later, when I found myself with 450 brand-new pages of completed manuscript. I sent it on to my agent, and this time she was the one to tell me that I had once again failed to reach my goal, although in an entirely different way this time around.

Initially, I couldn't hear or process her evaluation: she felt that the novel should not be abandoned--but instead further revised. Significantly. Even though I had polished every page until my brain ached, I nevertheless needed to accept that I still had a lot of work to do. I trust my agent and value her experience, so I listened to all she had to say and resolved I would try to push myself through one last draft. This acquiescence, however, came with a steep emotional price tag.

THE NECESSARY EVIL OF CRITIQUE

Depression saturated the following days. One that was dark and deep, though I carried on with my life anyway. But, on a morning not so long afterward, as I brushed my teeth, the novel's protagonist began to whisper in my ear. From her came a new idea. And then another. By the time five o'clock rolled around, I had scribbled down forty-one revisions I planned to make. And now, some four months after I'd submitted the manuscript to my agent originally, I am happy to say I've almost finished those numerous and significant changes. With great satisfaction, I can see how much I've improved and transformed the novel. I have to admit that, in so many ways, she was right.

I suppose the point in exposing my failures and regenerations in this writing process is to share with you the value of accepting criticism, enduring the agony of starting over, and learning to revise and adapt to changes in our plans--be they large or small--in order to achieve our dreams. Sometimes we have to let go of old ideas in order to reveal a new direction. In a novel, beginnings and endings change, as do titles, characters, points of view, scenes, and plot lines. The only constant is in knowing what you want to say--rather than knowing how you want to say it.

Going back to the starting gate in order to get to the finish line can be a harsh reality that requires both perseverance and fortitude--two qualities every writer must possess in abundance. 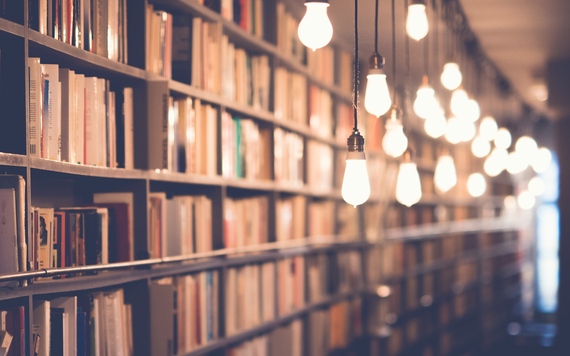 YOU ARE ALL THAT YOU NEED TO SUCCEED

My mother, the late poet, Anne Sexton, wore a medallion around her neck--which I inherited and still wear--that is inscribed with the Latin phrase: "Illegitimi Non Carborundum." This means, in rough English (if you will excuse the expletive): "Don't Let The Bastards Grind You Down." I reminded myself of that sentiment as I soldiered on with countless revisions and rewrites. While no specific person was "grinding me down" back in October, it did feel, at the time, as if life itself was trying to squash my desire to see this through.

But now, sitting here at my computer in February, I no longer feel overwhelmed with self-doubt and defeat. Once again, I have regained a firm grasp of where my novel is going and how I'm going to get it to the finish line. And this time I'm certain that no one is going to get in my way. Not even myself.

Of course, there are no guarantees in the publishing industry. My agent may still feel uncertain about the novel despite all the hard work I've put into it since her last critique. Or, perhaps her response will be the opposite, and she'll now see it as a blockbuster destined for the best-seller lists. But who's to say my publisher will agree. The difficult work of four years could be stashed in a banker's box, consigned to my storage shed, lined up side by side with the discarded drafts of other work and years of old tax returns. This is the risk I accept as one who makes her living as a writer.

Many of us go through similar experiences: a chef dumps a batch of curdled hollandaise sauce, and begins to whip up a new one; a surfer wipes out, and has to paddle in a hurry to catch the next wave; brothers and sisters, or parents and children, sit down together to work out a disagreement and strengthen their emotional bond.

The ability to listen to criticism, and to begin again, is a gift. And it can spark one of life's most important challenges. If such insights should come to you--be open and take them to heart. It is absolutely possible to improve on a part of your life that is closest to your soul, be it in an intimate relationship or in the work-a-day world, so long as you allow it. Give starting over a chance, and discover the rewards you can reap.

Success Success And Motivation Books Writing Authors
This Blogger's Books and Other Items from...

Searching for Mercy Street: My Journey Back to My Mother, Anne Sexton
by Linda Gray Sexton