Originally, we wanted a dog. But due to the erratic schedule that comes along with being a performer, I didn't think it would be fair to leave poor little Fido home for hours on end. Enter, the cat.

My mom found out about a breed called the Devon Rex. Apparently, they're the most hypoallergenic of cats and great for people who suffer with cat allergies. People like me. I am and always have been highly allergic to cats. So why would I get a cat then? Because apparently, I'm also incredibly stupid.

Long story short, my husband and I both have cat allergies but took a chance on the myth that this breed of kitten was hypoallergenic. Good news is, my husband hasn't had so much as one allergic sniffle. Bad news? I instantly plummeted into allergy hell: sneezing, watery eyes, congestion, you name it, I had it. All because of a two pound fur ball.

I took over-the-counter pills, researched herbal remedies, vacuumed incessantly, used air sprays, and still...miserable. The choice was now between getting rid of the kitten or engaging in a seemingly never-ending series of allergy shots for the next several years hoping that they would help. But look at that face, who do you think won? 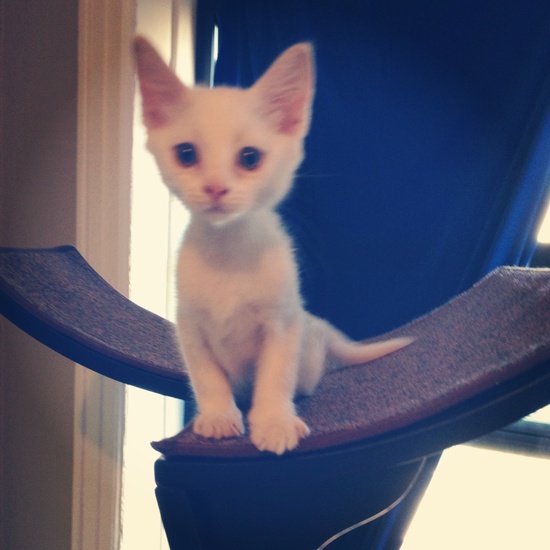 I now visit the allergist so much that the whole office knows more about my personal life than my parents do. Our frequent visits have prompted a whole new hashtag for my twitter account (#AllergistLiveTweet @ohmygoshko). I walk around with bruises on my arms from the miniscule shots because apparently I'm "extremely sensitive" (tell me & my therapist something we don't know). So, since I go through all of this for the cat, I feel no qualms about my new plan: exploiting the hell out of him! Or as I like to call it, "Exploi-Tater."

You wanna see a picture of a cat with a flask? Here you go! 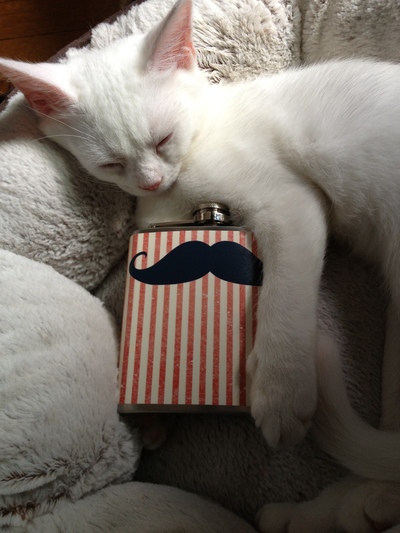 You wish Mr. McGibblets from The League was half-cat? You got it! 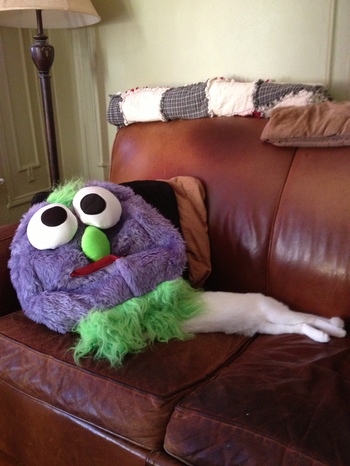 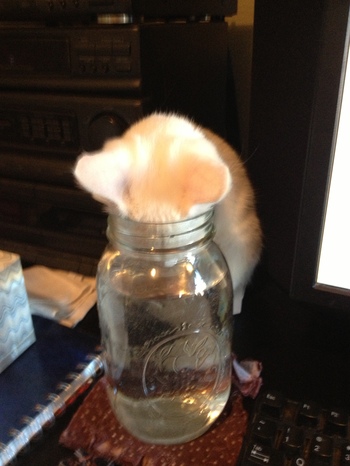 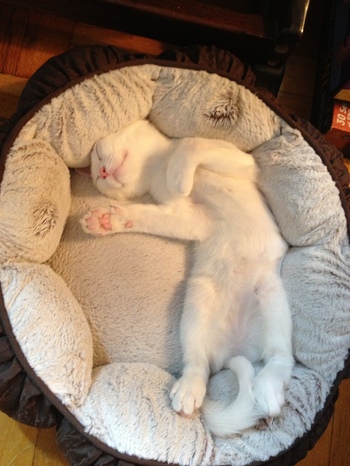 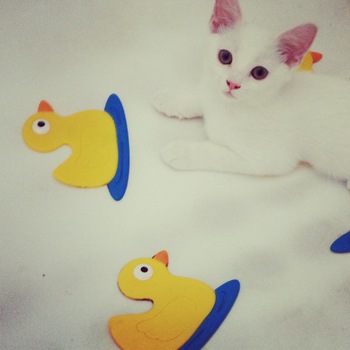 Cat sleeping in a yogurt box! 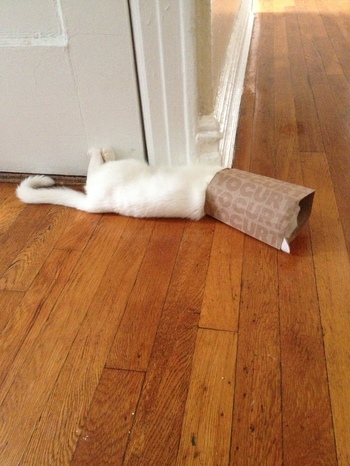 Cat in the fridge! 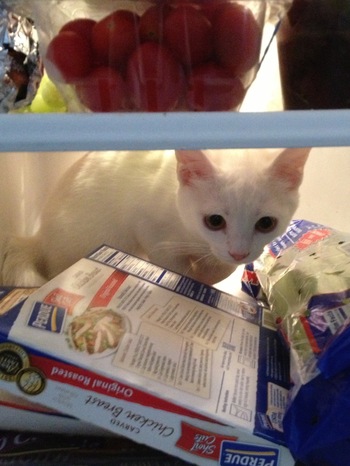 Cat with a unicorn! 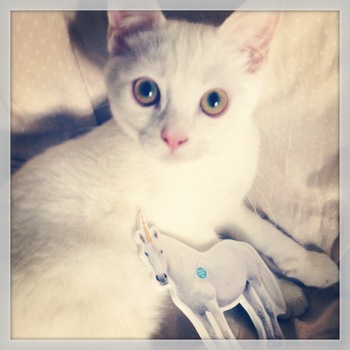 Wanna see Tater in a sailor costume sporting a derby hat and wearing a foam sports hand on his paw? Lemme know! I'll make it happen. I'll stage mom exploit the hell out of this adorable 'lil sh*t 'cause by god I'm getting injected with who-knows-what (I like to think the shots are filled with magic) in order to keep him. Since becoming a pet owner, I now know way too much about protein content in organic cat food and the pros/cons of clumping vs. non-clumping litter. Someone has to pay, and it's gonna be Tater.

That being said, he is pretty darn cute. 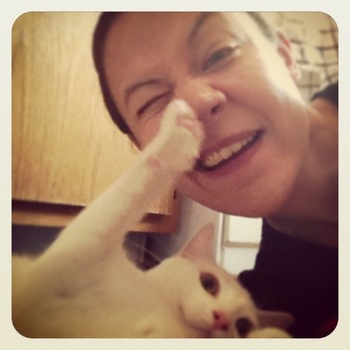 all photos courtesy of the author