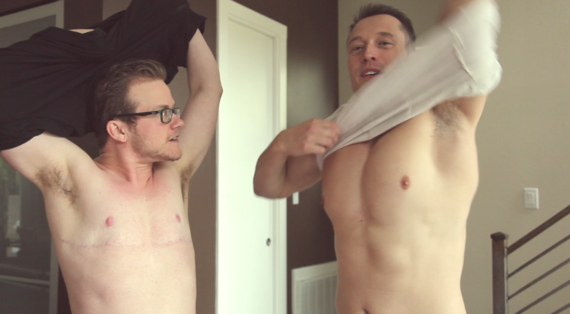 A few weeks ago, I connected with a transgender guy named Kelly.

Though we were working on a video about knowing if you're gay, trans or -- like Kelly -- both, he felt really passionate about creating a video on another topic: How to approach sex with a transgender man.

The reality is, most people (myself included) are vastly uneducated on the subject, and good resources are far and few between. Yet, it's a situation that many gay guys (myself included) have found themselves in -- especially on hookup apps.

For example, a handsome guy approaches you on Grindr. You're interested. You notice that he identifies as trans in his profile. You have questions, but aren't sure what to say.