These Fancy-Looking Candles Are Actually From Target

Calling All Dog Owners: Here Are 25 Products From Amazon With Impressive Results

Grocery Carts, Bags And A Little Claw For Your Greatest Schleps And Hauls

45 Genius TikTok Products You Can Get For Less Than $50

7 Ways You Can Upgrade Your House Towards the Future

Paid for by Cox Communications 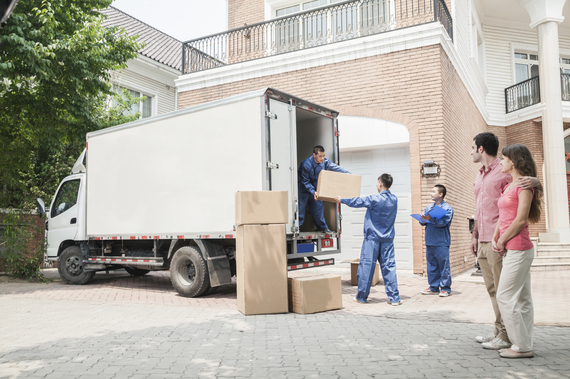 Everyone likes to get the help of a cheap mover and save money while relocating, but the risk of getting a low-quality service always remains high. After the deregulation of the moving industry in 1995 followed by reduction of federal oversight, the moving companies have got into the business of helping people in relocating. However; the unethical ways followed by many movers to round up customers remains a matter of big concern.

The most common tactic followed by some of the moving services is to quote a temptingly low price in the beginning and lure the customers with it. However; after loading your goods onto the truck and weighing at an off-site center, they reveal that the relocating charges would be more than the actually quoted amount. This way the customer gets badly stuck and left with no other choice than to give the extra amount to the movers. It's sad to face such stress when one is already burdened with relocation pressure.

So, to save oneself from such unethical movers and have one's peace of mind while relocating without being cheated by such service providers? Here are a few ways by which you can keep yourself safe from getting lured by indignant movers and any cheap long distance moving company:

Avoid telling your budget initially - It's a trap thrown by the companies who ask for the budget of the customers first. In fact, they tailor their estimate as per the budget told by the customer, which is always higher than the amount actually required for the service. So, always avoid telling the moving company your budget in the beginning, instead ask for the mover companies' budget to get the correct rate.

Don't trust telephone quotes - Just for the sake of convenience, many a time people looking for movers for relocation services finalize the rates on the telephone itself. It's always recommended to avoid such telephone quotes as the mover company may increase the rates later after analyzing the things to be shifted. It happens in most of the cases so, the best way is to call an estimator from the concerned company to your home and give a final rate after evaluating the stuff which needs to be moved. Even if you need to meet two or more than two movers in person, it is better to do that. It will not only help in drawing a comparison between the services offered by them, but also many other details which may have been missed on the phone.

Check for online rating - Though it's not the best way to judge the reliability of a moving company, but it's certainly one of the most important steps to be taken before trusting any company for their relocation services nowadays. It becomes important as customers leave their ratings in both the cases whether the experience has been very good or very bad. In the online loving world, you must check the feedback of the customers on the company's website.

Avoid relying on new companies - Trust factor always increases with experience and same goes while choosing a company for getting the best moving services. Many new companies have come up in this business, but you must explore well and rely on the one which has been in this field for quite a few years. It certainly raises your confidence level in the mover companies' service to a large extent.

Check for Complaints - Mostly people ignore such simple steps to ensure a safe relocation, but these things should be done at the initial stage to avoid falling into the grip of a company which already has complaints against it. The best way to ensure this is to check with the better business bureau which gives a clear information about any complaints filed against the company.

Be aware of these warning signs - There are a number of warning signs which one may see if careful right at the beginning of the deal with any mover. Such signs should work as alarm bells and save you from falling into the trap of any rogue moving company.