The Book Doctors first met Andy Ross at Cody's Books, which was one of the most influential bookstores on the West Coast, smack dab in the middle of Telegraph Avenue in book-crazy Berkeley, California. In fact David did his first professional book reading at Cody when his first memoir Chicken came out. Andy's now an agent, and we thought we'd check in with him about how he views the book business from behind a desk dealing with writers rather than behind a cash register dealing with readers. 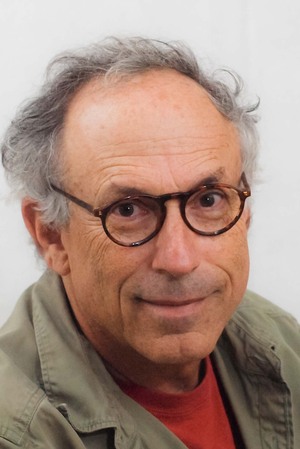 The Book Doctors: How did you get started in the ridiculous book business?

Andy Ross: I got into it for ridiculous reasons. I was in graduate school studying German Intellectual History at the University of Oregon. I was unhappy. I didn't understand Kant's Critique of Pure Reason, my girlfriend left me and joined a hippy free love commune, and it rained a lot. I decided I needed a change and I liked bookstores. These were/are not good reasons to set one's path for the rest of his/my life, but still.... That was 40 years ago, and here I am today.

TBD: What did you learn about the book business in your time owning Berkeley's iconic Cody's Books?

AR: That would be a very long list. I owned it for 30 years. What strikes me now is all the things I didn't learn. A bookstore is the end of the literary food chain. By the time I opened the shipment box from the publisher, the books had been written, edited, designed, printed, marketed, and shipped. I only did one thing, but a pretty important thing: I put it into the hands of the book lover.

TBD: How has becoming an agent changed your view of writers, writing, and the publishing industry?

AR: Otto von Bismarck is reputed to have said: "Laws are like sausages. It is better not to see them being made." I think the creative process is like that too. It's pretty messy. But also pretty miraculous, when I see the transformation from a train wreck of a first draft into a masterpiece.

TBD: How has the book business changed since you started, for better and for worse?

AR: I first opened a small store in Sonoma County, California in 1972. It was 600 square feet, about as big as my living room. My first day, my sales were $32. Remember the counter culture? We sold a lot of books, mostly paperbacks, on humanistic psychology, eastern mysticism, and other things spiritual. Fritz Perls, Abraham Maslow, Alan Watts, The Urantia Book, Be Here Now, and Cutting Through Spiritual Materialism were some of my best selling books and authors back then. I made a lot of money on the I Ching (Princeton University Press edition). And, of course, all things having to do with the ever mysterious, Carlos Castañeda. The big topic of conversation was whether Casteñnada really existed - although much later he married a friend of mine. She said he was a rat. But the business still had its share of schock at the top of the lists. It was no worse than it is now.

TBD: What mistakes do you see writers make? What things do you see successful writers do?

AR: Let's talk about mistakes in writing fiction. What I see from inexperienced writers is not knowing when the story starts. Too much literary throat clearing, usually in the form of "prologues." The use and misuse of adverbs. My advice to the writers is: "get rid of all of them." (Andy said authoritatively.) Using too many metaphorical figures of speech is a sign of insecurity in an inexperienced writer. To paraphrase Freud, sometimes a green tree is a green tree.

TBD: What are your pet peeves about writers and their submissions?

AR: We don't have enough time for this, but here are just a few things: In your query letter, don't say "this is a fiction novel" and really don't say "this is a non-fiction novel." Don't mention Eat, Pray, Love; Malcolm Gladwell; or Oprah in the query letter or book proposal. Be honest and transparent to your agent, and I will be/do the same with you/the publisher. I don't know what your advance will be. If any agent tells you: "I can get you a 6 figure deal" or "this book has Hollywood written all over it," best to find a different agent.

TBD: Tell us about the Slush Pile Derby?

AR: I made a bet with somebody that anyone could see talent right away, even if you couldn't explain it. So I took 10 first paragraphs from my slush pile. None of them were horrible. Some of them I decided to represent based on that first paragraph. They were subsequently published. When I do the slush pile derby at writers conferences, pretty much everyone can identify the books that got my attention.

TBD: Do you google potential clients? How much attention do you pay to the platform?

AR: I like to say that platform means one of two things: Either you have an endowed chair at Harvard or you are sleeping with Oprah's hairdresser. Platform is almost essential in non-fiction. But with fiction, it's usually about the story and the style.

TBD: What advice do you have for writers?

AR: For writers of literary fiction, most of it won't find a publisher. If I'm representing you, you are good enough to get published. But commercial publishing is a business. You have to be good, but that isn't enough. They usually make decisions more for marketing reasons than for aesthetic reasons. Rejections are a big part of this business. Learn to live with it and keep writing. If you are writing memoir, it's often even harder to find a publisher. Remember that the journey is the destination. Or as Camus famously said: "The struggle itself is enough to fill a man's heart."

Andy Ross was the owner of the Legendary Cody's Books in Berkeley from 1977-2007. In 2008 he started the Andy Ross Literary Agency. Andy represents books in a wide range of genres including: narrative non-fiction, journalism, history, current events, literary and commercial fiction, and teen fiction. Andy has a popular blog, "Ask the Agent," where he talks about writing, and book publishing and reminisces about his life as a bookseller. You can find Andy's website at www.andyrossagency.com.