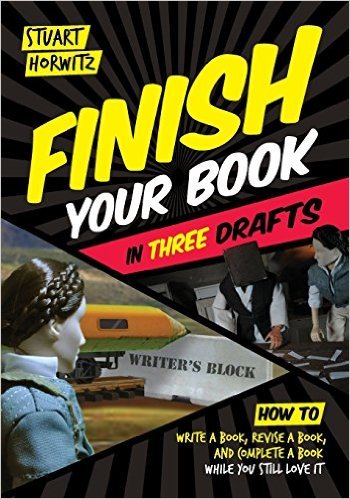 When my colleague and friend, Stuart Horwitz, told me he was working on a new book, Finish Your Book in Three Drafts: How to Write a Book, Revise a Book, and Complete a Book While You Still Love It , I was surprised by the title.

He's such a meticulous editor. A perfectionist.

In this conversation, you'll find out how he does it--and regularly helps other authors do the same. 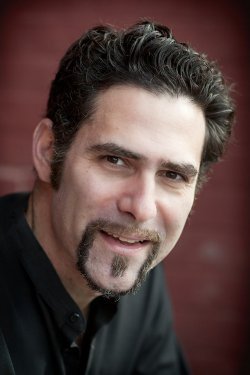 Lisa: Is that the process you followed for Finish Your Book in Three Drafts? Did you really write a messy draft as you advise others to do?

Stuart: Oh, I definitely did. In fact, I wrote it on my Great-Uncle's typewriter from 1963. It was so freeing; I knew no one was going to read these pages with the xxxxxx through the parts that I didn't like, or the crazy pen arrows that showed where a paragraph was going to move. So I could just let it out, and when I got stuck, I could move on--because I knew this was the first draft and not the final draft.

Lisa: You advise writers to take time after the messy draft is finished, which I totally appreciate. And you present different action steps to take to help a writer get distance from his or her work. Are you trying to convert pantsers into outliners?

Stuart: Not at all! And just so we're all on the same page, a pantser is someone who, as the name suggests, writes by the seat of his or her pants. An outliner, on the other hand, is someone who meticulously crafts every writing session.

Lisa: I have to admit, I'm an outliner. I like having an outline because if I just write a whole lot of stuff, I get overwhelmed when I look at it later. Having said that, I can be a pantser, too. Such as when I experiment with different beginnings, for instance.

Stuart: Well, this isn't a real debate--because we are all both of these at different times. Even the most ardent pantsers are bound to somehow keep track of where they are going next and what they have already accomplished, while even the most rigorous outliners get surprised when they sit at their desks and discover something about their books that they didn't already know. There's an interplay between outlining and pantsing. So we decided to dramatize the pantser and the outliner in different stop-motion action figures that appear in the book as characters. 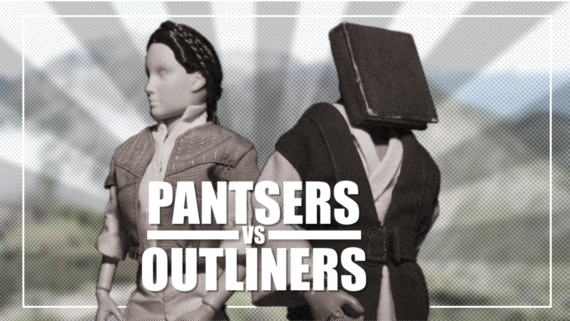 Lisa: I love that Finish Your Book in Three Drafts is so visual. Did you plan to have the storyboarding images in it all along or how did the idea come to you?

Stuart: The storyboard idea was a total work around. I was agonizing over whether people would go to the website and watch the videos or not, and of course, if they didn't, they wouldn't understand the way I was referring to the characters, what they stood for, or how the action was unfolding. Then Dave, our illustrator, had the brilliant idea he got from some old Japanese Manga (graphic novels) he had lying around his studio. We started off calling the storyboards the "mangas" -- when he designed the first one I knew we had our answer!

Lisa: I love the characters--and the nine videos they appear in--supporting the book. While I've seen a book with videos, I don't think I've seen that kind of cohesive narrative element in videos--with characters, no less!

Stuart: It kind of looks like a boxing ad, doesn't it? "And in this corner!..." we have Biz, your prototypical pantser. And in the other corner, we see Ro$hi, who has an outlining system that he wants to impart. Rather than identifying exclusively with one or the other, I think it's helpful to think of these two characters as different sides of one's own psyche. Then we can see what happens when they interact. We start with Biz, a fellow writer whose experience may mirror the reader's, as she sets out on her journey as a writer (see video here).

Lisa: So Biz is the pantser -- how does she know when to seek out outlining techniques, or as you might say, the outlining part of herself?

Stuart: In my experience, the longer the period you can wait between drafts, the better. Your eyes will be fresher, and you will be able to edit harder and more effectively.

Lisa: You mentioned coaching a writer who actually referred to outlining as his Kryptonite: I suppose that's the ultimate pantser.

Stuart: That's definitely a strong statement. I think that nervous apprehension comes from the fact that for pantsers, writing from scratch brings the purest joy. My goal is to help them recognize there is also joy in getting--and staying--organized. And that comes from embracing the part of you that is an outliner. "Intelligent planning is not the enemy of creative genius," as we like to say around the office. We don't actually say that, but it is hung on the wall. 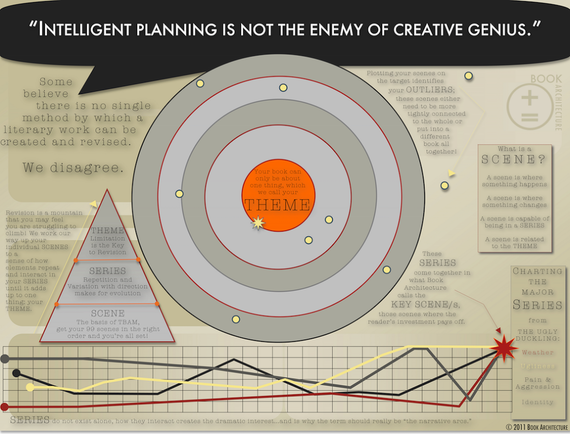 Lisa: Each of your three books relies heavily on writers having a process. Why do you think that's so important?

Stuart: Because otherwise, a lot of times, we don't finish. Sometimes people can't finish because the pressure from the outside world gets too intense, or because they can't bring themselves to put themselves out there as the author of this book. But I think that a lot of the reasons people don't finish is because they don't have a structured process to know what they need to be working on, when. I think having some kind of process -- which the outliner side of you brings to the table -- is crucial for finishing...and finishing strong.

Lisa: That's true. With editing and revision, many people have no idea what the process is. Now they have three great books from you to show the way.