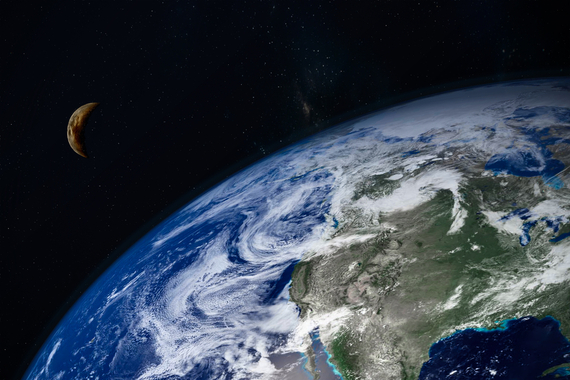 She had paid the airline Iberia $176 for an "extra legroom" seat on a flight from Chicago to Madrid, but the airline rescheduled her flight, dropping her upgraded economy class seat. Her repeated attempts to reach the airline proved futile.

"I'm getting the runaround," says Frieze, a retired French teacher from Wichita.

Frieze suspects the impasse is due in part to the 4,700 miles separating Kansas and Madrid, where Iberia is based. And she may be right. Resolving a consumer problem in travel is enough of a challenge when you're in the same time zone and separated by a state or two. But once you cross the border, problems are even harder to fix -- sometimes even impossible.

Frieze didn't stay stuck for long. It turns out there was some initial confusion between Iberia and its code share partner, American Airlines, over which company should issue the refund for the ticket. Her original ticket had been booked through American, which operated her first flight.

I contacted American and it confirmed that Iberia would have to issue the refund. I passed Frieze's request along to Iberia, and she received her money back -- eight long months after first making the request.

Iberia claims it lost her correspondence, which included e-mails and letters. So, sending another query might have shaken a refund loose. Here are the Iberia company contacts.

Taking your complaint to a higher level is a strategy that works well when you're dealing with a problem overseas, says Elizabeth Megan, a tour operator in Boston. "Based on my experience, that's the best way to get their attention," she says.

E-mailing instead of phoning helps, too, and not only because having a paper trail of any interactions can help you later. When you're dealing with a foreign language, the employees on the other end may need to run your correspondence through translation software to determine what you're saying. Or you may have to.

Companies do more than use their distance as an excuse to deny a refund. They sometimes charge you extra, and they may do so arbitrarily. Consider the problem of traffic fines received by car rental customers.

Michael Blank, a retired pharmaceutical executive from Philadelphia, was hit with two 45-euro tickets after he visited France this summer. The tickets had been generated by a speed camera and sent electronically to his rental company, Europcar, which added two 30-euro "administrative charges." A rental company representative explained that the additional fees covered the cost of passing the ticket from the authorities to the driver.

"The rental was reasonably priced, but with the added 150 euro for the two tickets, it turned out to be anything but reasonable," Blank says.

There's a sense among travelers such as Blank that companies are taking advantage of the distance and language barrier to stick customers with additional fees. Those suspicions may be valid, at least partially. Often, car rental companies send bills or repair records in languages other than English, which can create the impression that there's no room to negotiate. But it's also true that many of these fines would apply to all customers regardless of nationality.

Many travelers take their grievances to social media, waging shame campaigns on Twitter or Facebook. But companies based outside the United States don't respond the same way American travel companies do. They're more likely to brush off the digital demands of their customers in the States -- assuming they even have a significant social media presence.

Perhaps the best advice is not to wait until you get home. The ideal time to resolve a travel problem is while you're still on the ground, says Matthew Storm, the director of innovation and solutions at NICE Systems, which helps large organizations monitor and improve their customer service. Storm recommends researching local customer service phone numbers for your vendors prior to traveling. "Keep local and international numbers with you during your trip, and it will save you the time finding them in the event of an emergency," he says.

In other words, don't let a company use distance as an excuse to give you substandard service, drag its feet on a refund or hit you with a surcharge. If possible, solve the problem before it becomes one.

More:
travelproblemHelp
Newsletter Sign Up
An essential daily guide to achieving the good life
Subscribe to our lifestyle email.
Successfully Subscribed!
Realness delivered to your inbox