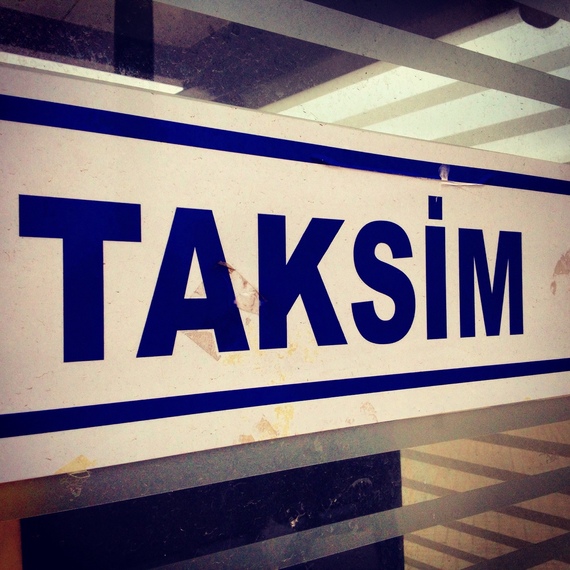 Turkish President Recep Tayyip Erdogan's recent attack on the West for "hate speech" and misattributing terrorism during the Paris attacks is ironic. Erdogan is erroneously doing both already: labeling the Gulen movement a terrorist organization and using hate speech to characterize it. In fact, Erdogan is cracking down on religious groups more heavily than ever before.

While the Turkish government is allowing the construction of a Christian church, the first in 90 years, no one is under the illusion that Erdogan's regime is now suddenly supportive of religious freedom and rights. If anything, it's quite the opposite. Failure to allow the reopening of Halki Orthodox seminary and the defamatory references to Armenians are examples of how Christians continue to suffer under Erdogan's regime.

Indiscriminate persecution of the Islam-inspired Hizmet movement -- and the recent jailing of journalists, police chiefs and teachers who support the movement and its leader, Fethullah Gulen -- shows that protection of rights is clearly not a priority in the president's administration. The recent crackdown on a major newspaper and a television station based in Istanbul -- the Zaman newspaper and Samanyolu Broadcasting Group, respectively -- garnered Erdogan few friends in the international community.

Most likely, this church building is a last-ditch attempt to send a political olive leaf to Christians in the West and any allies in Europe who haven't already dismissed Erdogan's administration for endangering its democracy.

It's a shame that it has come to this. Prior to the crackdowns that escalated with the Erdogan corruption scandal and Gezi Park protests of 2013, Turkey had witnessed over a decade of economic growth and democratic reform under Erdogan's leadership. As one of the world's most powerful economies, Turkey was positioned to be one of the world's biggest trading partners and one of the West's key allies and negotiators in the Middle East. Those hopes are now all but gone.

Erdogan has thrown much, if not all, of this goodwill away. And as Erdogan chairs the G20 this year, the irony of Erdogan overseeing the G20's Anti-Corruption Action Plan isn't lost on anyone -- especially as Turkey's Corruption Perceptions Index rankings have slipped precipitously, falling more than any other country in last month's index findings.

What's most confounding, however, from a geopolitical perspective, is Erdogan's deep political insecurity. The president's efforts to undermine or eradicate any opposition party ranks as one of the most imprudent political power grabs of the 21st century. By alienating the Hizmet movement -- which has built its civic base on an Islam-inspired commitment to tolerance, nonviolence, education, and science -- Erdogan simultaneously alienated other allies throughout the international community.

Aggressively jailing without warrant, closing schools without just cause, and erroneously and irresponsibly slapping the "terrorist" label on critics of the administration, Erdogan is slowly but surely associating himself with the more infamous autocrats who have angered America and other rich countries in the Organization for Economic Cooperation and Development in the past. Turkey must remain in the moderate Islamic middle so as to not be associated with the likes of ex-presidents Hosni Mubarak in Egypt and Pervez Musharraf in Pakistan, autocrats who preferred emergency rule as a way of tamping down public protest.

The way forward, then, if Erdogan wants to slow his country's free fall from international favor, is to recognize that the power of his presidency, and his recent reelection, rests in his ability to curry favor among the many, not the few. And no amount of cozying up to the Kurdistan Workers Party (also known as the PKK and labeled by the U.S. as a terrorist organization) as a way of garnering Kurdish votes will make up for the violations of basic human rights and freedoms of the Hizmet movement and beyond, all of which has been documented by international media.

The world wants Turkey to be back on the international trade and regional diplomacy track, but that's only possible if corruption and crackdowns discontinue. These are scandals that no international ally wants plaguing their internal politics via external association with Erdogan's administration. And while a course correction for Ankara is possible in 2015, it must come quickly and unequivocally. The biggest obstacle, at this point, to a lasting and successful Erdogan presidency is Erdogan himself.

Michael Shank, Ph.D., is adjunct faculty at George Mason University's School for Conflict Analysis and Resolution and senior fellow at the Global Partnership for the Prevention of Armed Conflict.