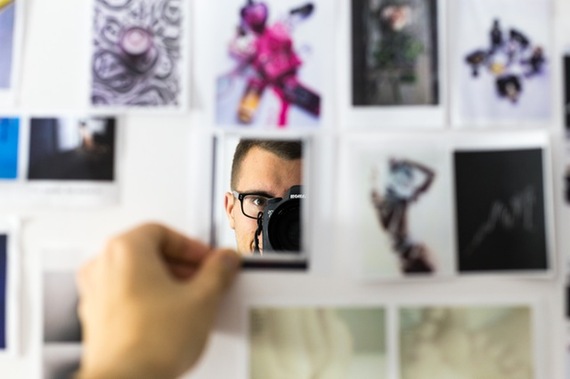 "Pride slays thanksgiving, but a humble mind is the soil out of which thanks naturally grow. A proud man is seldom a grateful man, for he never thinks he gets as much as he deserves."

Can we become kinder, more grateful individuals in a me-first age where increasing racial, ethnic and religious tensions undermine our capacity for compassion and divide the body politic?

The answer appears to be yes, according to new studies that add to evidence suggesting virtues can be nurtured.

Two studies of college students discovered a "kindness loop" in which individuals guided to a positive state of mind put greater effort into acts of kindness, which in turn was related to higher well-being and happiness.

And in other new studies on thankfulness, individuals who relied on religion to find meaning and support were more likely to sustain attitudes of gratitude even in the face of distress.

But new research also warns that the state of narcissism and cynicism that pervades so much of our social and political culture may lead to "a vicious cycle" that diminishes our better selves.

In one study, participants rated high in materialism and envy were somewhat less likely to express gratitude over time.

Still, qualities like having an excessive sense of your own importance and a suspicion that others are only looking out for themselves may be the major "thieves of thankfulness," the study found.

There has been a wealth of evidence in recent years showing the positive benefits of virtues such as kindness, gratitude and humility.

Now a body of research investigating how these virtues can be cultivated is starting to develop.

Two recently published studies of college students found that providing exercises that placed participants in a positive state of mind resulted in greater effort and motivation to perform acts of kindness.

In one study of 233 students at the University of California, Riverside, those who began by writing letters expressing gratitude, joy or optimism were more likely to be kinder to others in the next few weeks. The control group wrote letters listing what they did in the last seven days. .

A separate study of 139 students at James Madison University found that those who wrote gratitude letters experienced a higher level of elevation - a feeling of being moved and uplifted, promoting a desire to be a better person and give back to others. That feeling predicted greater effort in helping others.

In both cases, those who were motivated to be kind reported higher levels of well-being at the end of the studies.

Thus, even a brief positive activity can trigger a cycle of happiness and kindness where doing good and feeling good can reinforce one another, the researchers found.

But what can preserve gratitude in hard times?

New research suggests that faith brings comfort and meaning in the face of adversity.

In two studies, an online survey of 404 adults and an analysis of data from 122 Jewish adults seeking treatment for anxiety and stress, researchers found religious beliefs and practices were associated with greater gratitude.

It is easy to be grateful in good times, a team of researchers led by David Rosmarin of Harvard Medical School noted. Yet faith appears to support thanksgiving even in tough times.

"The stability of virtues during circumstances in which they are unlikely to occur may reflect their true internalization," the researchers said.

There is even less research on what may inhibit the development of virtue. But that field, too, is growing.

In two studies measuring gratitude, researchers found cynicism appeared to be one of the strongest inhibitors, with materialism also predicting significant decreases in gratitude over time.

However, one quality that promotes an unhealthy sense of entitlement and the illusion of self-sufficiency stood out.

"We found evidence that narcissism may have a particularly insidious impact on gratitude; narcissism may directly prevent gratitude, and it may also hinder gratitude by enhancing cynicism and materialism," researchers from Eastern Washington University and Whitworth University reported. "In this way, pathological pride may be seen as the 'master inhibitor' of gratitude."

The good news is there is a consistently hopeful finding throughout much of the research on virtue that indicates developing individual strengths and becoming more aware of weaknesses can make a difference.

That can include something as simple as writing letters expressing thanks or more challenging efforts to treat narcissistic personality disorder.

The takeaway: Nurture can transcend the baser parts of our nature.

Or, in the words of the Dalai Lama:

"Be kind whenever possible. It is always possible."