On the brink of turning 40, I fell suddenly pregnant with twins -- where "suddenly" is redefined as three years of infertility and one round of IVF. My doctor instructed me to eat 100 grams of protein a day, since twins often come early, underweight, and NICU-bound. 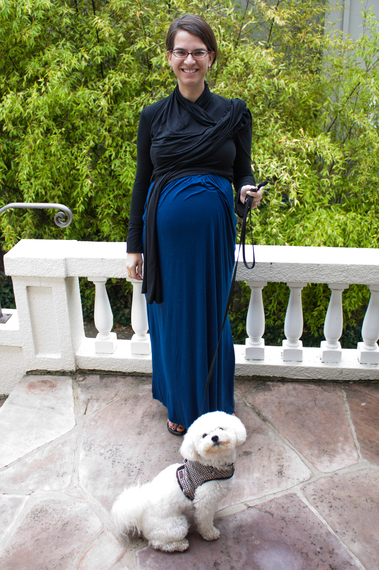 At first I was shocked -- that's how much protein a body builder needed! As a vegetarian, I'd long been content to graze on greens. But I grasped the doctor's point: I was a body builder. I had two inside me. Eight limbs. Two brains. I would need to bulk up.

The doctor suggested adding 45 pounds. I was 5-foot-3 and small-boned, but I figured this would be easy, unlike the protein quota. Through her entire lecture about high-risk pregnancy, all I could think was pancakes, pancakes. I felt sure my early spike in appetite would see me through. The absence of worry itself should have been a sign, since worry was like a religion for me, a familial tradition, the forging of fears into intricate and unbreakable weapons against ease and optimism.

Those early weeks, I devoured eggs: hard-boiled, poached, over easy, overdone, sunny side up, down, fallen on the ground. Then, Dr. Internet informed me that 100 grams of protein was less a hearty breakfast and more a tall water bottle of beef. Worry reclaimed its rightful place. I mowed down my first burger in decades, chewing through a frown, because the babies needed to be 5 pounds for a shot at avoiding the NICU. Even that gave no guarantees. It was an early act of parenting, and a private kind of pride, since nobody would congratulate me for eating a hamburger.

First trimester, I packed on the pounds: 10, 20, outgrowing my jeans. On trips I took with my husband, Ken, I seized on room service as a modern miracle. I would sink to the bed, cradle the leather bound menu, and murmur through the entrees.

"You are studying that thing like it's scripture," Ken would tease, then gawk at my triple breakfast order.

"I'm eating for three," I reminded him.

In my second trimester, I ate against the storm surge of morning sickness. Daily I plucked regurgitated meals from my long hair, swiped them from the kitchen cabinets. I heard through the grapevine that my pregnancy was "hellish," after an exorcist-style incident with carrot juice at a brunch we foolishly hosted. Still, I gained pounds, hitting 30, then 40, over baseline. The picture above is trimester two.

At the doctor's, the scale slam-clanked beneath my UGG boots -- the only shoes that fit. On the street, strangers cheerfully insisted that I "must be due any day now," which made me want to bark something rude back, like, "You, too, might have a medical catastrophe tomorrow!" Instead I gulped down my dismay and smiled, practicing the parental art of maintaining a calm that's not truly felt. Besides, it's not satisfying to throw out a retort when you can barely even lumber out of range, and the offender will probably end up holding the door for your sorry breathless self.

In the third trimester, the bump jutted so far I couldn't stand at the sink or the stove -- my arms wouldn't reach. I couldn't sit at a table, lest I squish my unborn sons. I ate side-slumped on the sofa, the bump like a ledge for a pint of ice cream and remote controls. At 50 pounds over the baseline, I was a cruise ship, like one of the ones that lists and tips. It was so profoundly uncomfortable that I lacked energy to lament my appearance. Sometimes dignity comes from the task you are doing, not how you look doing it. That, too, is an early lesson in parenting.

At 60 pounds over, the babies reached four pounds each, and I rationed myself a glimmer of hope, a delicacy I'd shunned, lest I grow complacent. I also learned I had something called polyhydramnios, which meant extra fluid in the amniotic sacs. This, too, made me heavier, and much more afraid. Overcrowding in the womb could cause early labor.

In the final weeks, friends brought boxes of takeout, or meals they'd cooked themselves, full of beans, spinach, and kale, sacred offerings in warm Tupperware. Their kindness helped me carry the weight.

I hit 70 pounds gained around the time I got wedged between my car and another one in an underground parking garage at the doctor's. I had to walk out backwards, cursing and shocked. By the end of my pregnancy I was an island -- sprawling and lonely. Except that I was populated. I was not alone at all. I was less alone than I'd ever been. I was three, the only number that counted.

The night before my scheduled C-section, Ken and I camped in a hotel two blocks from the hospital. I nibbled complimentary chocolate-covered strawberries in bed, again studying the room service menu, whispering along. I ordered my last chicken and cheese sandwich, for luck. It came on a tray, with a white napkin and white plate. I ate it with a full dose of hope, the bread an edible prayer, with a side of mayo.

I gave birth the next day, halving my body in size and doubling my family. The twin boys were hungry, right away. Two and a half years later, I've lost those 70 pounds, though a mystery five or even 10 pounds will whimsically come and go, usually around my middle, as if for nostalgia. I am less fit than before, but I have never been more grateful for the body I have and what it can do. I still notice that I can sit, walk, run, and sleep in ways I couldn't while pregnant. I get serious exercise slinging toddler twins, and it can feel like a workout just watching them play. Besides, it seems like nothing to gain or lose five pounds. In fact, my two boys were born at 5 and 5 1/2 pounds, healthy and hollering. I cherish every ounce. 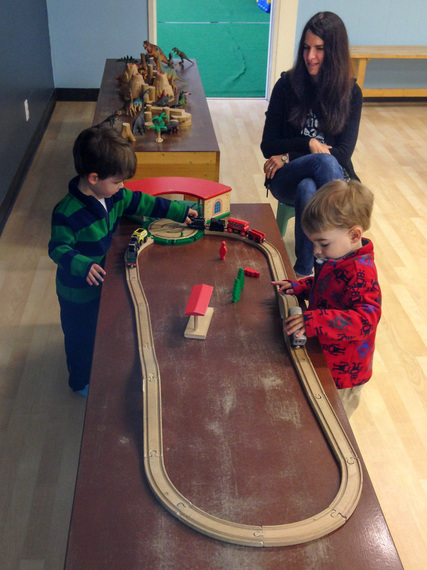 An earlier version of this appeared on Babycenter.com.

K.K. Goldberg, author of The Doctor and the Stork: A Memoir of Modern Medical Babymaking