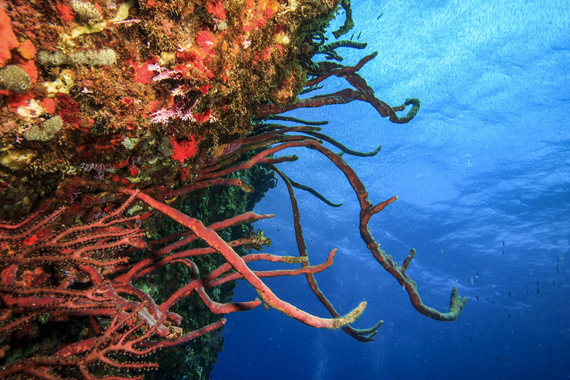 A healthy coral reef like this one in Grenada can reduce wave energy by 97%, providing natural protection from storms for homes and businesses located on coasts. © The Nature Conservancy (Marjo Aho)

Mark Tercek is President and CEO of the Nature Conservancy and author of Nature's Fortune. Follow Mark on Twitter: @MarkTercek.

Show us the data.

That's what I hear almost every time I work with decision-makers. Governments and businesses aren't going to invest in conservation without data showing the effectiveness of those initiatives.

So this is a great opportunity for us - environmentalists - to give them that data. But the research-based evidence they need isn't always available.

We who champion investing in nature need to better understand what decision-makers need to know, collect that data and translate it into accessible, actionable formats that allow them to compare their options. If we do this well, we can help decision-makers conclude that protecting nature is the smartest investment they can make.

That's what I told 250 scientists during my recent keynote address at the Natural Capital Symposium at Stanford University in California. 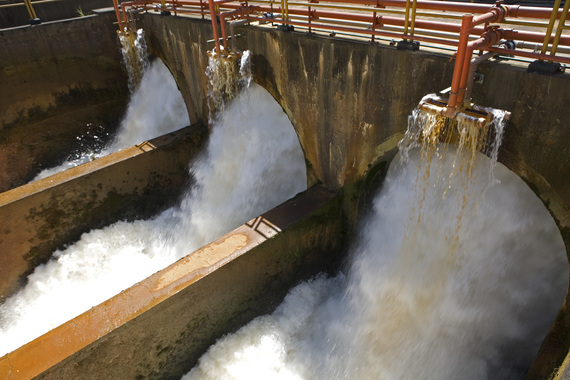 Restoring natural areas, such as wetlands, in some cases can filter water more cost-effectively than water treatment plants like this one. © Scott Warren

One fast way to get better at preparing such research is to collaborate with diverse parties - especially those making the decisions we want to influence. And we should present our data with total transparency about what works and what doesn't.

White papers and peer-reviewed journal articles have their place, too. But we need to get better at communicating in ways that work for decision-makers.

It's not always easy, but such work could transform the way the world uses science to solve today's biggest challenges.

We're trying hard to do this better at my organization, the Nature Conservancy (TNC), and we've learned some important lessons along the way.

Five years ago, for example, TNC scientists and Dow engineers partnered to see whether protecting nature could be good for Dow's bottom line.

The team looked at a Dow facility on Texas' Gulf coast. To prevent intense storms and sea level rise from damaging a vulnerable portion of the facility, Dow's engineers anticipated building a levee. To them, levees were a tried-and-true strategy. The engineers knew exactly what levees would do and wouldn't do, how long they would last and how much they would cost.

TNC's scientists suggested an alternate solution - restoring a nearby coastal marsh in order to absorb water and slow waves before they reached the facility. It would cost less than building a levee, we argued, and it would create a host of environmental co-benefits for free.

The engineers were interested. If it would cost less, work just as well and provide extra benefits for free, what's not to like? But they asked to see the data backing up our claims. We didn't exactly have it. We had some white papers and good anecdotal case studies. But we didn't have the precise information the engineers needed. 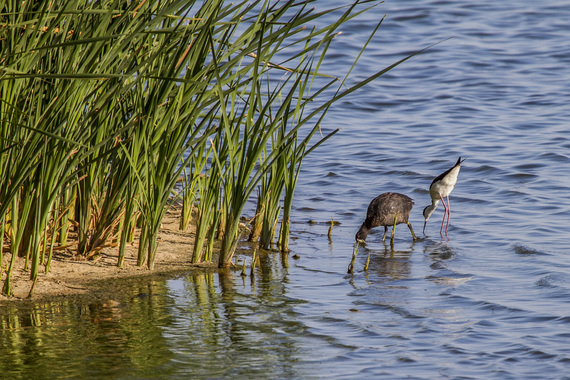 Constructing wetlands to filter water also creates habitat for wildlife such as this black-necked stilt and American coot in Mexico. © The Nature Conservancy (Erika Nortemann)

During the next several years, we partnered with Dow to develop that data. And it's a good thing we did - it turned out that the marsh's precise location couldn't create the specific protection the facility needed.

We learned a valuable lesson, and that experience led to a great working relationship between TNC and Dow. In fact, three years ago, our teams evaluated a powerful natural solution to a different environmental challenge, and this time we got much more promising results.

Dow wanted to reduce the amount of air pollution around that same Texas facility, so our teams worked with university researchers to study site-specific solutions. We concluded that planting 1,000 acres of trees could, over three decades, remove 127 to 209 tons of regulated nitrogen oxide emissions - compounds that contribute to potentially harmful ground-level ozone.

And planting a forest would likely cost $1,700 to $3,200 per ton of nitrogen oxide, making it potentially comparable in cost to the mechanical alternative. The conventional method - installing facility retrofits such as smokestack scrubbers - could cost $2,500 to $5,000 per ton. Plus, Dow would have to replace the scrubber every two decades, whereas the forest would largely maintain and regenerate itself.

Besides purifying the air, the forest would also provide co-benefits, such as creating wildlife habitat and absorbing heat-trapping carbon dioxide, the main contributor to climate change.

This success led to even more momentum for our partnership, and just last year, Dow made a commitment to carefully evaluate the value of natural solutions in all of its business decisions. 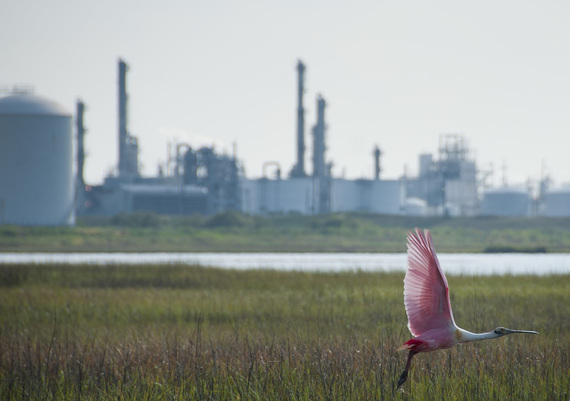 Dow made a commitment to evaluate the value of natural solutions in all of its business decisions, a move inspired by the company's collaboration with TNC. © The Nature Conservancy (Jennifer Molnar)

Now, we're applying those important lessons to other projects to make our work even more effective.

For example, through our partnership with the government of Grenada - an island nation in the Caribbean - TNC is implementing a pilot project that will demonstrate to decision-makers the potential of natural infrastructure.

Last year, we installed special structures in the water to foster coral reef growth - and break waves - along 30 meters of Grenada's economically critical shoreline. We hope to show that this kind of innovative reef restoration project can reduce the serious coastal erosion and flooding that have been impacting local communities.

A healthy coral reef can reduce a wave's energy by 97%, providing natural protection for shoreline homes and businesses during storms. And this demonstration project will provide us with site-specific, actionable information we can communicate to government officials. This data will help them decide whether to invest in reef restoration along another 400 meters of coastline. Early observations indicate the project is on track, and local fishers are reporting more fish than before the project began - an important economic co-benefit.

We plan to forge more of these stakeholder-scientist partnerships through TNC's new Center for Sustainability Science. The center, which launched this spring, will help bridge the gap between scientists and decision-makers by determining what types of actionable information are needed. 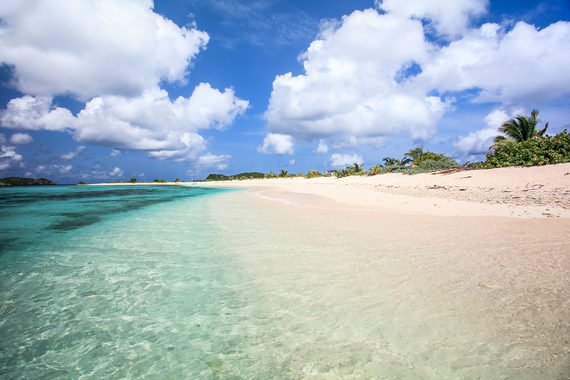 TNC is implementing a pilot project that will demonstrate how nature can protect Grenada against coastal erosion and flooding during storms. © The Nature Conservancy (Marjo Aho)

To scale up conservation enough to solve some of the world's greatest challenges, it's critical that we equip government officials, business leaders and other stakeholders with the data they need to make the decision to invest in nature.

We need to work with those decision-makers to understand their information needs and then provide clear, concise and relevant evidence.

Simply put, we've got to get the right data - in the right format - into the right hands.

It just might transform the way government, business and society use science - and nature.